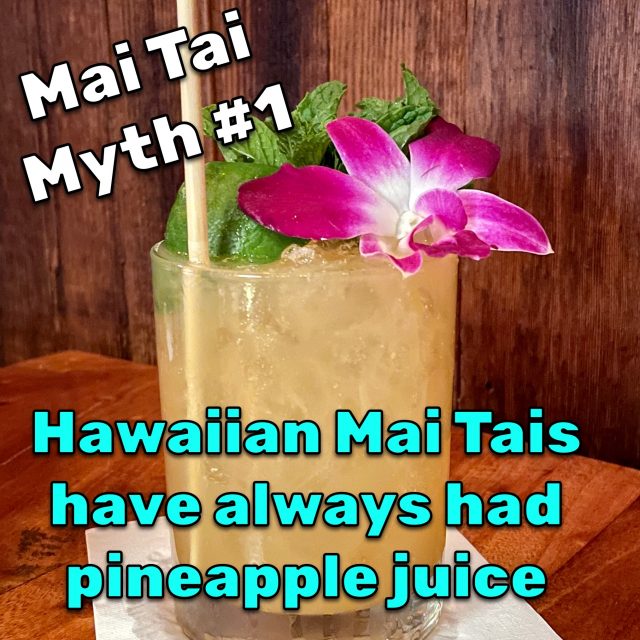 First up is the myth that when Trader Vic introduced the Mai Tai to Hawaii in 1953 that it was created with pineapple juice. We continue to see this in mentioned in articles, or see the 1972 Royal Hawaiian Mai Tai recipe that contains pineapple juice to be attributed to the earlier 1953 date as well.

The Royal Hawaiian Hotel eventually did switch over to a Mai Tai with pineapple and orange juice, but we see no documentation that this took place until the early 1970s.

Pineapple juice is certainly the ingredient that changes a 1944 style Mai Tai to an “Island Mai Tai” and these are common in Hawaii and other tourist destinations. But pineapple juice wasn’t commonly used in Hawaiian Mai Tais until the 1960s.

Want to learn more? Check our essay The (De)Evolution of the Hawaiian Mai Tai on our site, or view the article in Issue 15 of Exotica Moderne magazine.