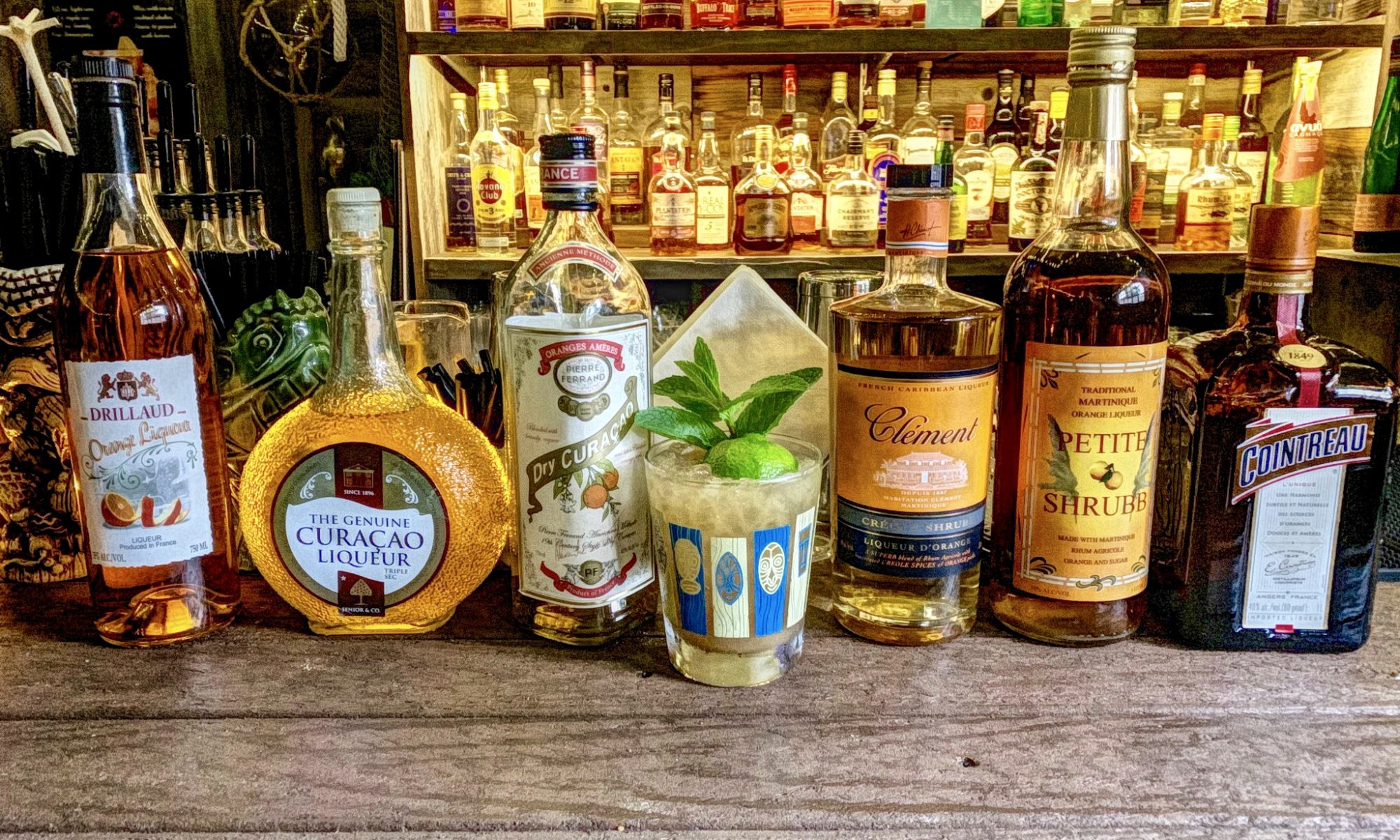 Orange Curacao is an orange-based liqueur essentially similar to Triple Sec. It is based on the dried peel of the Lahara citrus fruit, otherwise known as the Curacao Orange, from the island of Curacao in the Caribbean. The liqueur is typically sweet, often through the use of added sugar. The spirit base is typically combined with a Brandy, Cognac, or Rum base, whereas most Triple Secs use neutral spirits as a base. So, Curacao tends be a heavier spirt than Triple Sec. The “Orange” in Orange Curacao is a color, not a flavor, because all Curacaos are Orange Liqueurs (see the section on Blue Curacao, below).

Triple Sec or Orange Liqueur is a broad category, of which Curacao is a specific type. So, all Curacaos are Triple Secs – but not all Triple Secs are Curacao.

The alcohol percentage can vary widely among these spirits. So, take this into account when preparing your Mai Tai. While Trader Vic’s original recipe called for an Orange Curacao, other types of Orange Liqueur / Triple Sec can still be used to make a great Mai Tai.

The following brands are generally higher quality and are often recommended by craft cocktail bartenders and tikiphiles. These aren’t bargain basement Triple Secs, and we do not generally recommend the cheap stuff. If you’re using high-quality rum in a Mai Tai, you also want high-quality Curacao.

Our preferred brand is the Pierre Ferrand Dry Curacao, as we’ve found it to be a little bit more neutrally balanced in the cocktail than some other brands. You can definitely taste the orange but it doesn’t get in the way of the rum in your Mai Tai. Note that “Dry Curacao” is simply a marketing term; this is not considered a different type of spirit and despite the term there’s no less sugar than others of this style.

I did a taste-test comparison with the Ferrand Dry Curacao and found Senior Curacao to be notably sweeter, throwing the balance of the Mai Tai off. Yet, rum blogger Josh Miller came to an opposite conclusion and rated the Dry Curacao last amongst several orange liqueurs he tested. So, you are encouraged to compare and find the spirit that you like the best. I also like Cointreau and Clement Créole Shrubb in a Mai Tai.

May not be for everyone:

Does it really make a difference?

True story. In the late summer of 2019, I was visiting Smuggler’s Cove in San Francisco, the best Mai Tai in the city. Not always perfect, but more often than not very close and certainly a consistently excellent Mai Tai. But on this day I took one sip from the Mai Tai and noticed that something was off. I tasted again. It definitely was not right.

I asked the bartender if they had recently changed their Orange Curacao and the bartender confirmed this change. Whereas previously they used the Dry Curacao they were now using Petite Shrubb. Due to that brand’s grassy Rhum Agricole base, even that small half ounce of liqueur really changed the flavor profile of the cocktail.

I know some people prefer the Shrubb Curacao in their Mai Tai. But on this day I was not a fan. In any case, it proves that the type of Orange Curacao can indeed make a difference in the overall flavor of the cocktail.

Note that as of 2020 Smuggler’s Cove is back to using Ferrand Dry Curacao in their Mai Tai.

What about Blue Curacao?

The party line is that the only difference between Orange and Blue Curacao is the color,  with Blue Curacao obviously lending itself to more fanciful drinks such as the Blue Hawaii originally developed by Harry Yee in Hawaii. But the practical difference is that there are very few “top shelf” Blue Curacaos.

Could you use Blue Curacao in a Mai Tai? It would be better than no orange liqueur at all, but it wouldn’t make for a nice looking drink unless all your rums are clear. We made a Mai Tai variant called the Blue Hawai-Tai that looks pretty and tasted great, but this is the exception to the rule. Most rums recommended in a Mai Tai are aged and so when you combine a dark brown or black rum and blue liqueur you end up with a greenish brown mess.

Note that the ABV in Blue Curacao tends to be quite a bit lower than the higher quality Orange Curacaos.