Another piece of the puzzle. This letter from Trader Vic Bergeron himself was put up for auction several years ago (source: Tiki Central). Owning history is one thing, but understanding it is better.

This recipe differs significantly from the classic 1944 Mai Tai recipe, and Bergeron indicates this is the recipe that’s served both in the stateside Trader Vic’s restaurants but also the Royal Hawaiian Hotel in Honolulu. This recipe seems to predate the widespread use of pineapple juice in the Hawaiian style Mai Tai.

Some things are immediately curious to fans of the ubiquitous 1944 recipe.

“Dash” each of Orgeat, Curacao, and Rock Candy Syrup?

Many of you are familiar with using a “dash” of bitters in a drink and may think that this is an incorrect measurement. It turns out that there is an explanation in the 1972 Trader Vic’s Bartender’s Guide. On page 27, it says that for liquid ingredients such as syrups and juices that 1 dash = ¼ ounce.

Still, that’s quite a bit less Curacao and Orgeat than the ½ ounce measures that are typically used.

For “Juice of one Lime” we know from Bergeron’s 1974 book Rum Cookery & Drinkery that on page 96 that it states that  “Juice of one average Lime = 1 ounce.”

The Mai Tai was born with 17 year-old Wray and Nephew Jamaican rum. So, the notes here about using a lighter Puerto Rican rum are quite surprising. In fact, it almost seems like the exact opposite kind of rum that most cocktail enthusiasts desire in a Mai Tai.

The other rum is Meyer’s (sic) Planters Punch Rum. This was quite different than the Myers’s Dark Jamaican Rum you find today, notably in that it was bottled at 97 proof and very likely 100% pot-still. This too was a widely available dark Jamaican rum in the 1950s.

Translating everything, we can approximate a 1956 Mai Tai.

For the Puerto Rican rum, let us assume that Vic recommended the Golden rum that has at least some age on it. In this case, choose a lightly aged Puerto Rican or other column still rum. Bacardi Anejo Cuatro, Don Q Gold, and Cruzan Aged would be all be good options.

I have tasted the 1950’s era Myers’s rum and this is less funky than many Jamaican rums on the market today. In fact, it expressed the rich and charred tastes that are most common in Demerara rums from Guyana. A recommended rum would feature a blend of distillate from both Jamaica and Guyana. Hamilton 114 is such a rum that is very close to the historical Myers’s but is higher proof. Hamilton has another expression called West Indies 1670 blend that features these two rums, but is bottled at 84 proof.  You can pick either, depending on whether you like it more or less boozy. Worthy Park 109 is another similarly tasting rum, 100% pot stilled from Jamaica but having many of the same characteristics of a Demerara rum.

Mix in 16 ounce tumbler glass with shaved ice. Drop half a spent lime shell in the glass. Stir and decorate with fresh mint.

This Mai Tai is quite passable. The first thing you notice is that it’s very easy to drink. I had concerns this would be too tart, but my testing proved otherwise. The Hamilton rum is still very forward on the palette, which leads me to believe than the Myers’s Planters Punch rum would have performed similarly back in 1956.

It most certainly isn’t as layered and complex as the 1944 recipe with a more complex rum and higher amounts of Orgeat and Curacao. But I could see that especially in Hawaii that the tourists would down these very easily. It’s a cold, refreshing drink for a hot day, but since this is stirred and not shaken there is less dilution than in a traditional 1944 style Mai Tai. 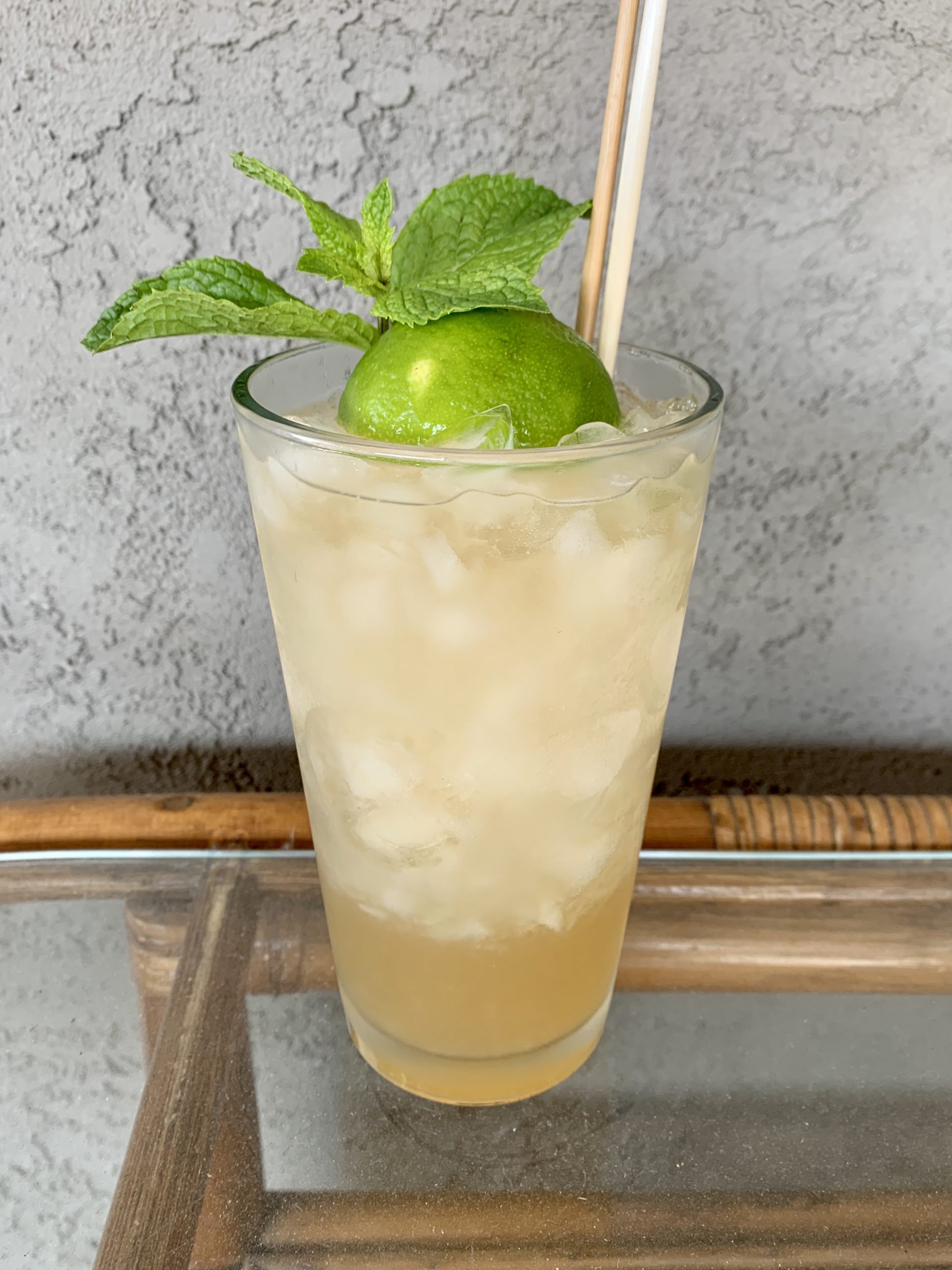