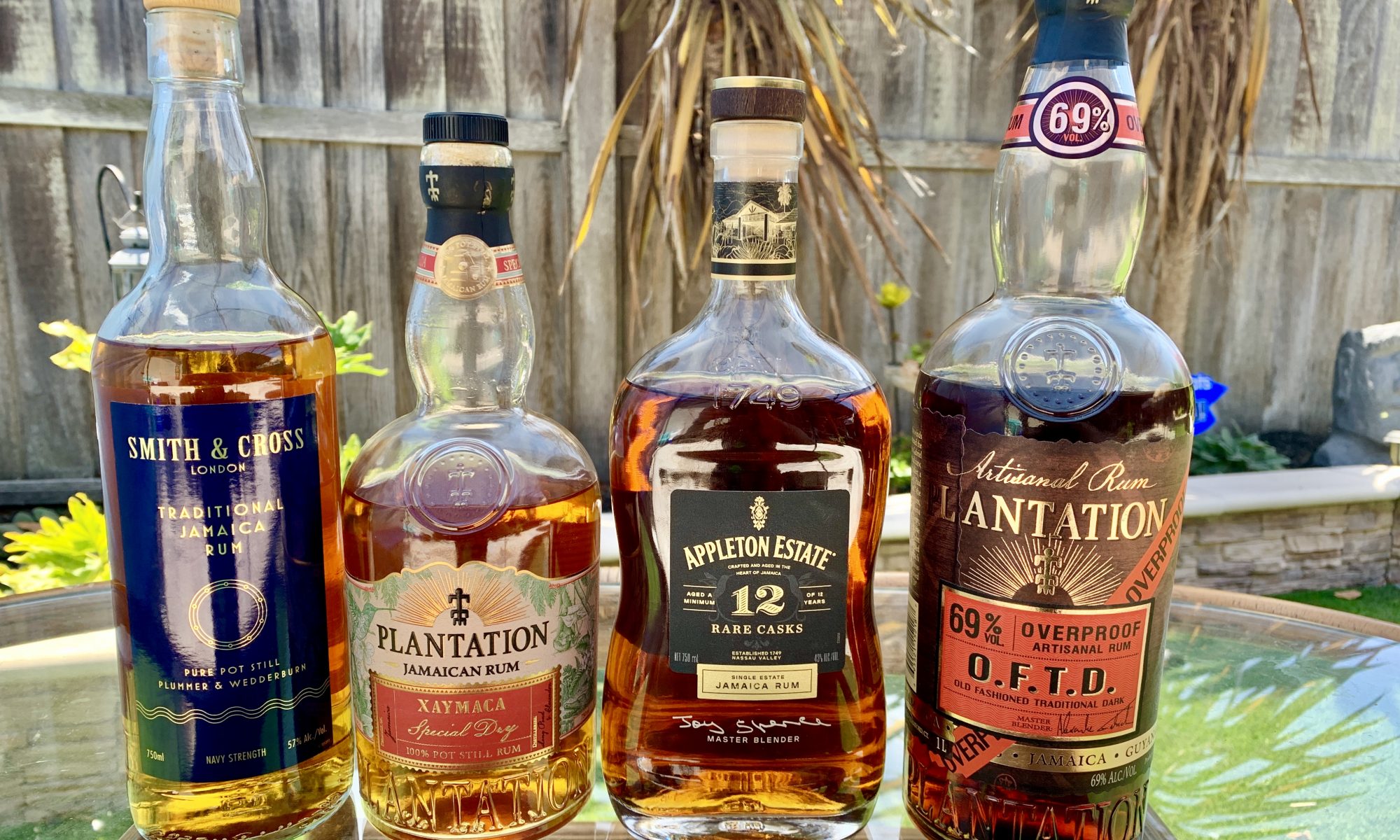 Rum is a spirit distilled from fermented sugarcane juice or molasses.

One of the great qualities of the Mai Tai is that it places a higher focus on the spirit than many cocktails. In this case, the spirit is rum.

The original Mai Tai prepared by Trader Vic featured a long-aged Jamaican rum, Wray & Nephew 17 Year Old. Over the years the rums changed at Trader Vic’s, and there continues to be a vibrant debate online regarding the best rums to use in a Mai Tai.

In my opinion, the Smuggler’s Cove book gets it right with the following advice:

“I encourage you to experiment with rums in your Mai Tai. The margarita is the perfect vehicle for tequila, as it has two of its best friends in there—lime and orange. No one would ever tell you that there is only one tequila that can go in a margarita.

In the same way, the Mai Tai is the perfect foil for a huge variety of rums. But the rum it was born with was 100 percent pot still rum with a tremendous amount of age on it. So ideally you’re looking for a balance of full-bodied pot-still flavor tempered by quite a bit of oak, and given the products on the market today, you may find that your own blend will produce the most satisfying result. You might, for example, take a blended long aged rum and add just a half an ounce of a pot still unaged or pot still lightly aged rum to give it that pot-still boost.”

The original Mai Tai was made with a single long-aged Jamaican Rum. But these days you often see recipes calling for an ounce of Jamaican rum and an ounce of rum from Martinique. What’s the story?

As noted in Trader Vic’s 1970 essay “Setting the Record Straight,” the supplies of the original famed Wray & Nephew 17 year old rum began to run out, so Trader Vic started adjusting the formula. Initially he just switched to 15 year old Wray & Nephew but soon thereafter supplies of the 15 year-old also started to run out, so a lightly-aged rum was used to lengthen the supply of the long-aged rum. The “First Adjusted Formula” called for 1 ounce of 15 year-old Wray & Nephew Rum along with 1 ounce of Coruba or Red Heart (dark Jamaican rums).

Trader Vic’s “Second Adjusted Formula” called for 1 ounce of Martinique rum to pair with 1 ounce of Jamaican rum. This ratio was thereafter published in the widely available 1972 Trader Vics’s Bartender’s Guide. Because this was a published recipe it was subsequently used by Jeff “Beachbum” Berry in his influential Grog Log in 1998 and adopted in commercial and home bars afterwards.

We can thank Martin Cate for looking at Vic’s essay, interpreting the rum descriptions and coming to a different conclusion. Cate goes into great detail in Smuggler’s Cove: Exotic Cocktails, Rum, and the Cult of Tiki, but the short version comes down to a few details from Bergeron’s essay. He describes the Martinique rum having a “nutty and snappy flavor.” But 99% of the Martinique rhums on the market these days are sugar cane-based Rhum Agricole, which nobody would describe as “nutty”. “Grassy” is the adjective that’s pretty much universally applied to this style of spirit. Cate theorized that the Martinique rum used by Trader Vic in the 1950s was molasses-based, rather than cane juice-based, and therefore has a significantly different flavor profile. 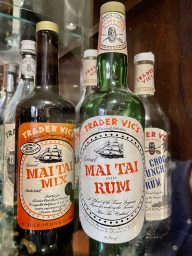 During the 1960s-1970s, Trader Vic’s produced a commercially available Mai Tai Rum that  featured a blend of rums from Jamaica (70%), Martinique (20%), and Virgin Islands (10%), though it is unclear what the base product the Martinique rum was based on.

Nevertheless, the Trader Vic’s chain was documented using Rhum St. James from Martinique for the Mai Tai at Trader Vic’s in Havana Cuba in 1958, and by the mid-1960s according to Jeff “Beachbum” Berry. This sugar cane-based rhum was still being called for in the made-from-scratch Old Way Mai Tai as late as the 1990s. So the use of this Agricole style of rum certainly has historical relevance even at Trader Vic’s, and many prefer the taste of a rum blend that includes Jamaican and Martinique source rums in their Mai Tais.

If you want to use Martinique rhum in your Mai Tai, it can be delicious. All we’re saying is that anyone who says you “must” use rum from Martinique isn’t really doing their history homework. If you’re trying to make a Mai Tai taste like the Mai Tai made by Trader Vic in 1944, a grassy Rhum Agricole (or any cane juice-based spirit, most probably) is really not what you should be using. But, if you’re trying to match the flavor profile adopted by Trader Vic’s starting in the 1960s and by tikiphiles starting in the 1990s, then by all means give a 50/50 blend a try.

Today, Trader Vic’s Royal Amber Rum is used at the Trader Vic’s locations worldwide. It is a lightly aged Puerto Rican rum that is supposed to be a combination of the Trader Vic’s Gold Rum and Trader Vic’s Dark Rum. This colored, column still rum would seem to an unoptimal choice but we can attest this rum is actually pretty good in a Mai Tai (far better than it ought to be in theory). This isn’t the most savory or aged rum out there, but it is a good value if you’re able to procure it at retail or in a Trader Vic’s restaurant with to-go bottle options.

Evolution of the Rum blend for a Mai Tai at Trader Vic’s restaurants:

Most Mai Tai recipes use two ounces of rum. How you decide to use those two ounces will greatly affect the overall flavor profile of the cocktail. Do you use light rums from Puerto Rico, or heavy pot-still rums from Jamaica? Maybe you combine the two to make a custom blend.

The possibilities are endless, but here are some common examples.

This is my current house Mai Tai rum blend. I wanted to keep this mostly Jamaican rum, including rums that lean toward the ester-forward “Jamaican funk”, and comes in at a higher than typical ABV as well (52%). All of these rums are fairly easy to obtain, and aren’t too expensive. This rum blend is heavy and has a large percentage of pot still rum, because we want to taste the rum in a Mai Tai. The Demerara component of OFTD adds a richer degree of mouthfeel. Do note that this is a blend for rum lovers, so it might be overpowering for cocktail newbies.

Use in equal parts, ½ ounce each: 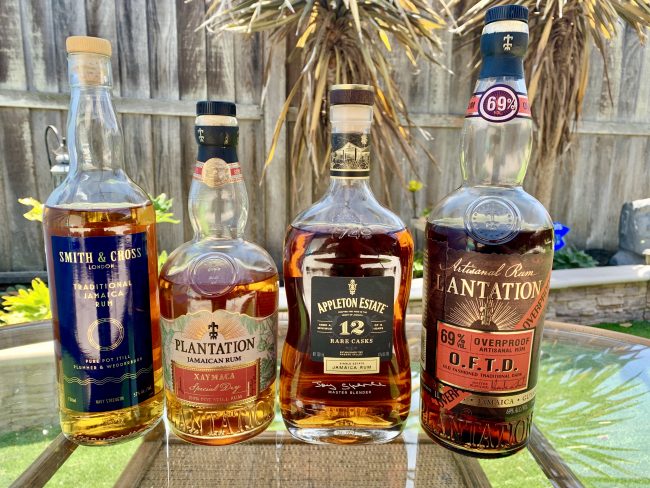 Steve the Bartender says that this “makes an excellent Mai Tai” and that the recipe is a “Mai Tai for Mai Tai lovers.”

Designed to omit Plantation rum products, for those who have sincere beliefs about the draft Barbados Rum GI and the existing ones for Jamaica and Guyana.