I wanted to do a grog riff that used Bourbon and Jamaican Rum as the base, so I chose two popular spirits that are both a little boozy. Smith & Cross (57% ABV) is a wonderful Jamaican rum that leans a bit funky, and is used widely in high-quality bars and restaurants. Wild Turkey 101 is a bold and boozy Bourbon that won’t break the bank. With more than two ounces of higher proof spirits, this cocktail pays homage to boozy forbearers such as the Navy Grog.

The two spirits seemed like a good combo, but this cocktail went through a few iterations. Thanks to the members of the “South SF Bay Area Tiki Ohana” group on FB for input, especially @laurasmurphy who provided tasting notes and suggestions. 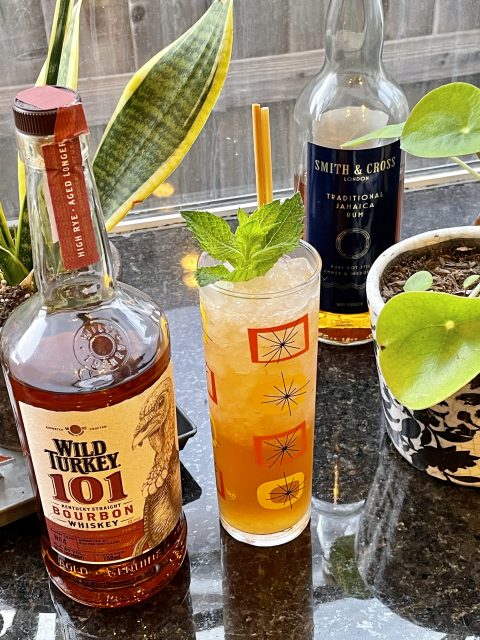 Everything here should be pretty readily available, which is one reason this is calling specifically for Ruby Grapefruit and not the more traditional but harder to find White Grapefruit.

Don’s Spices #2: Equal parts Vanilla Syrup and Pimento Dram/Allspice Liqueur.
If you have non-alcoholic Falernum syrup then drop the amount to ¼ oz. 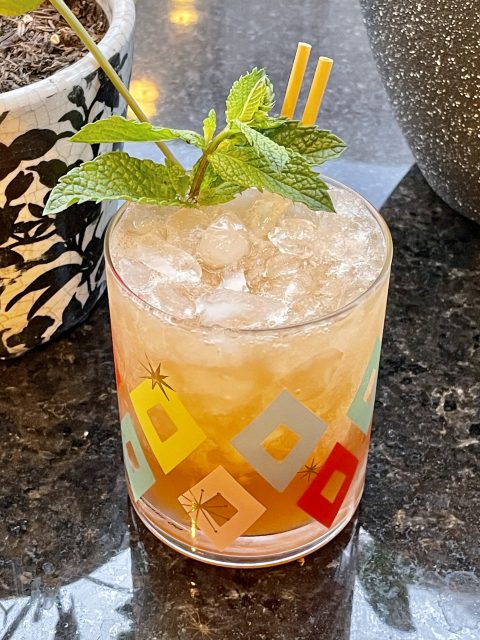 Julie and I took our sons our for the afternoon at the Presidio in San Francisco. We started with a visit to the Walt Disney Family Museum, which is featuring a wonderful special exhibit on Disney during World War II. Photos aren’t allowed inside but there are some truly fascinating exhibits that chronicle not just the studio’s animation output but also putting some fo the things into cultural and political context. Highly recommended. We also did a quick run through the main museum which we have visited several times before and is always a delight. I am especially fond of the last room chronicling Walt’s media diversification in the 1950s starting with television and then with Disneyland. 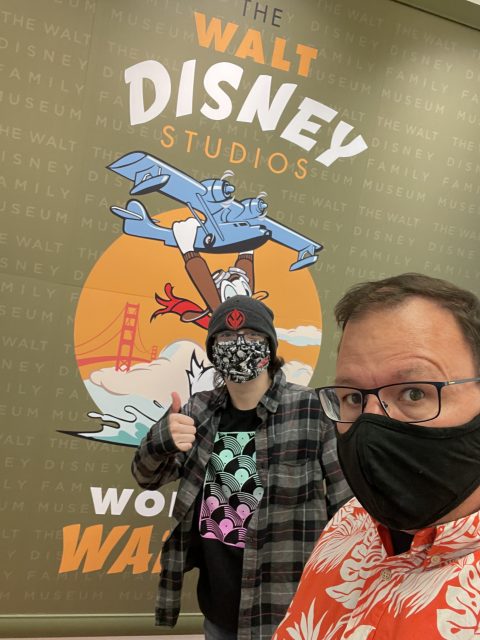 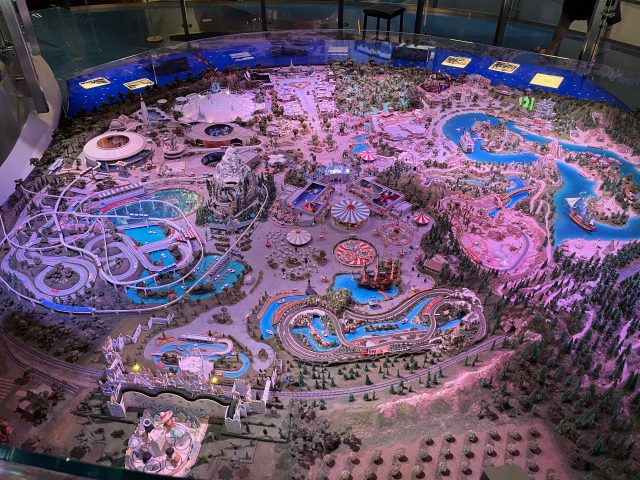 Dinner was at Sessions, which we enjoyed earlier in the month during the May 4th special event with Smuggler’s Cove. The food here is gourmet, though pricey. This time we tried the beignets and they are so great. Wait service was disappointingly slow (like it was last time), though.

There are only a few cocktails on the menu. The Rum and Pineapple-based Sarlacc Shrubb was okay, though more tart than I prefer. Much better was the Golden Gate Mile, featuring Bourbon, Grapefruit, Honey, and Ginger. Julie liked the Presidio cocktail with Gin, Lemon, Hibiscus, and Prosecco. If you’re a wine fan, there are dozens of Skywalker Vineyards selections, which seemed popular with the patrons.

We finished the day by visiting the Yoda statue nearby.

The cocktail from @8armatl in Atlanta is called Fuck Trump. It’s the only cocktail on their menu today. I am pleased to make it at home here in California.

I look forward to visiting 8ARM sometime soon. Georgia, we will be pleased to come spend our tourist dollars in your state. 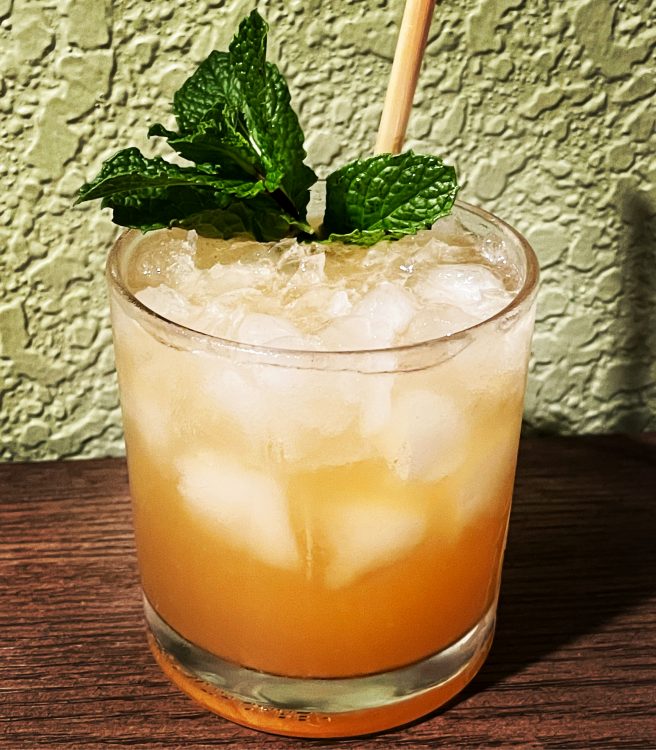 To compare the juices I made three Brown Derby cocktails.

The cocktail is delightful and for us a nice change of pace from the rum drinks that we normally make. 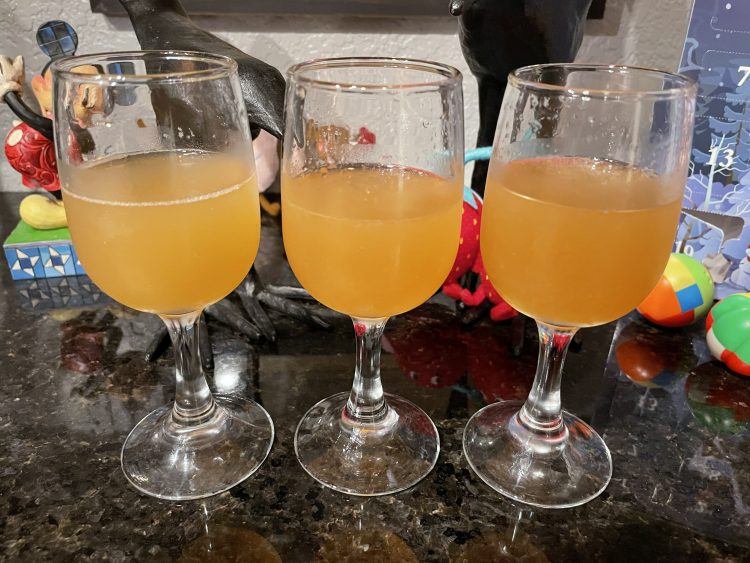 Both Mrs. Mai Tai and I preferred the Brown Derby with the Red Grapefruit, as it seemed brighter and sweeter. Which is odd because tasting the juice just by itself I felt it was more tart than the Pomello. Meanwhile the Brown Derby with Pomello did have a noticeable tartness that was not particularly balanced. The White Grapefruit version was inoffensive but not really as flavorful as with the fresh squeezed juice. The bottled juice for sure doesn’t seem as good as fresh-squeezed.

The Pomello gives less juice than its size might indicate. 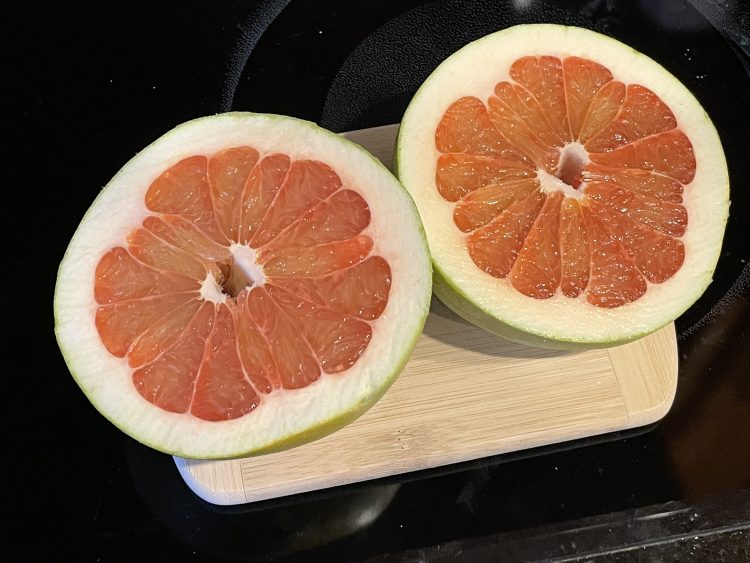 I love our local grocery store brand Egg Nog. So thick and creamy and pairs well with most spirts. I saw that Nathan Robinson posted a Nog recipe that featured Jamaican rum and Bourbon so I gave it a try. I liked it but it wasn’t creamy enough for me and I thought it used too much Bourbon, so I flipped up the spirits. 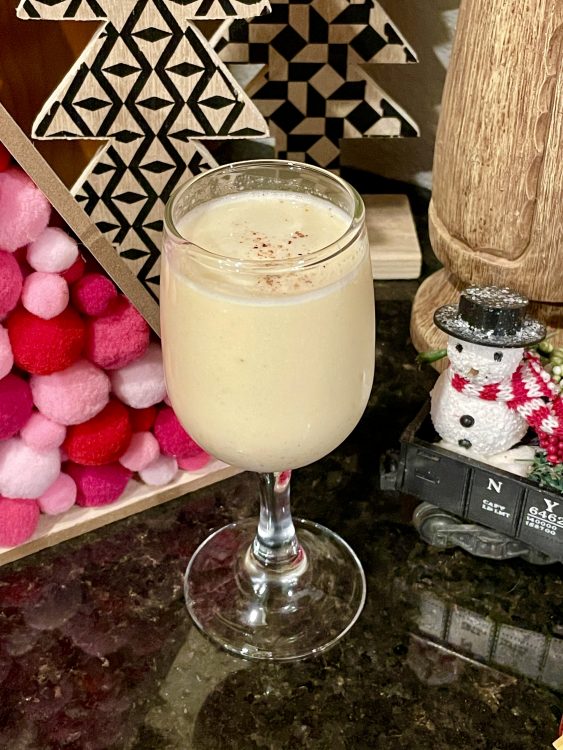 This one was much more to my liking, and Mrs. Mai Tai liked it better too. Give it a try. Thanks Nathan for the inspiration.

Still working out the kinks on this one. I riffed on a recipe shared online but this was missing something. Going to keep trying with unsweetened cranberry juice next.

Finally getting around to trying this cocktail from the Grog Log and originally from the long, lost Kahiki in Ohio. It’s a slightly exotic Whiskey Sour, so quite pleasant but not very complex or daring. 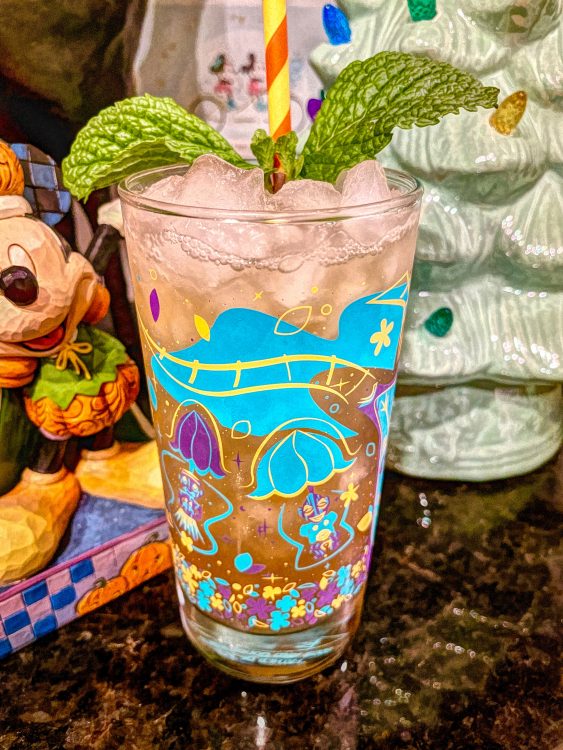 For a while now I’ve been extolling the virtues of Valencia Orange Juice in cocktails. So much sweeter and flavorful than standard bottled orange juice or even fresh squeezed from Navel Oranges. Blood Oranges seem to be in season, so I thought I’d make my favorite OJ-forward cocktail and see how it compares.

I really liked this version. Obviously the first thing you see is how deep the red color of the Blood Orange juice is. The flavor is a little bit more tangy than the Valencia but still works well with the rest of the ingredients. I might up the Orgeat by another ¼ oz if I make this again. If you can find Blood Oranges, give this a try. 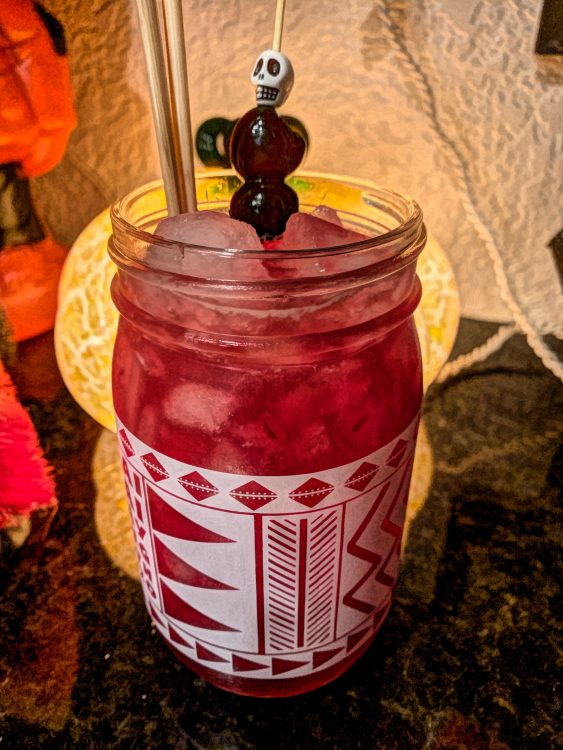 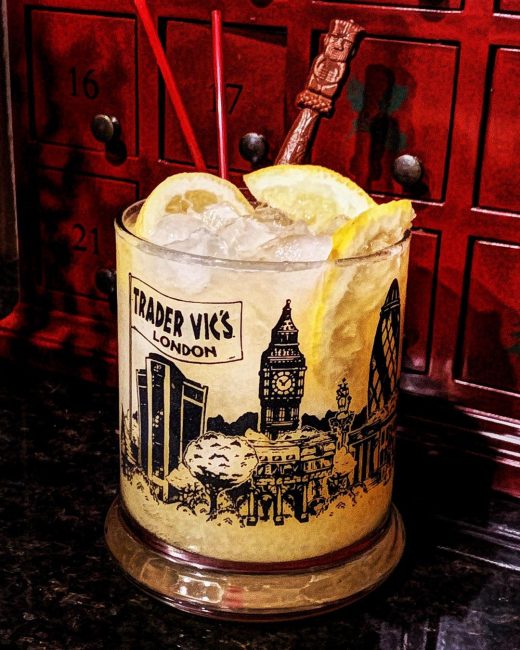