As I’ve learned more about rum over the past few years, and tasted hundreds of them, I’ve come to the conclusion that the best rum in the world comes from Jamaica. Most of the world doesn’t know this, because Jamaican rum doesn’t have a cool region-specific name like “Scotch” or “Cachaça” or “Bourbon” to designate a spirt made in a specific locale. But the unique character of Jamaican rum has been known to bartenders and to savvy consumers for decades.

I have been less than enthused by actions of Plantation Rum’s parent company Maison Ferrand when it comes to the draft rum GI (geographical indication) in Barbados, and to a lesser extent the existing GIs for rums from Jamaica and Guyana. I enjoy many of the Plantation Rums, including the Xaymaca and OFTD expressions that are in my Ultimate Mai Tai rum blend, but I don’t love their Barbados expressions with tons of added sugar. And it is exactly the Jamaican Rum GI and other regulations that prevents any producer from adding sugar or other additives to the wonderful Jamaican pot still distillate that goes into Xaymaca. If the market was flooded by “Jamaica Rum” products with sugar and other additives, the spirit wouldn’t have the universally stellar reputation that it currently maintains. So this GI stuff is actually pretty important.

I’ve been looking for a Mai Tai rum blend that omits Plantation products, and tried to include rums from various countries. Over and over I’ve tried to approach the unique and complex flavor from the Ultimate Mai Tai blend, and tried to match the 50% ABV which that blend is famous for. None of them approached the taste I was looking for. After a year of experimentation, I’ve decided this blend is good enough to be let out to the world. And it turns out it is an entirely Jamaican blend. 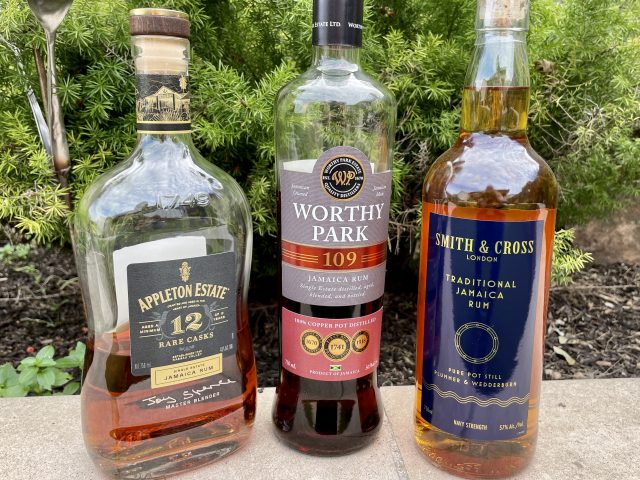 The Appleton 12 and Smith & Cross are carryovers from the Ultimate Mai Tai blend, and are widely used in the industry. The blended aged rum from Appleton tempers some of Smith & Cross’ infamous funky pot still flavors. Just the two of them together make a fabulous Mai Tai. In fact they make up the rum in the excellent Mai Tai at San Jose’s Dr. Funk Rum House and tiki bar, one of our Top 5 Mai Tais.

The inclusion of Worthy Park 109 is to add some Demerara Rum-style flavor notes, such as burnt sugar. The caramel coloring also adds to the mouthfeel of the rum blend. I found Worthy Park 109 to be similar to some circa 1950s Myers’s Planters Punch rum that I was fortunate to try. The light funk provided by 109 keeps that flavor in the rum blend, and the high ABV allows us to keep the overall blend just above 50%.

Unfortunately, the 2-2-1 ratio does not make for easy on-the-spot jigger measurements for a Mai Tai that features 2 oz / 60 ml of rum. So, we suggest you batch up a bit to give this blend a try in a Mai Tai. It compares quite favorably to the Ultimate Mai Tai blend in side-by-side comparisons.

Give it a try and let us know what you think. 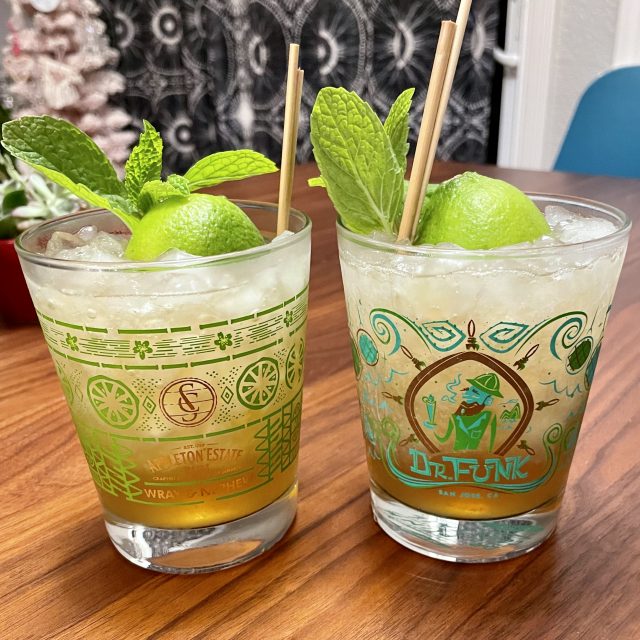 I picked up this two-pack of Mount Gay rums at the “bottle shop” at The Kon-Tiki in Oakland and have really enjoyed it. The release is from a few years back and limited to 7200 bottles, but I’m surprised there are still bottles in the market. The release includes two Mount Gay rums made from the same materials, and aged in the same barrels. The difference is that one bottle was distilled in the Copper Double Pot Still and the other in Mount Gay’s Copper Column Still. An included booklet goes into further details about the methods of distillation. 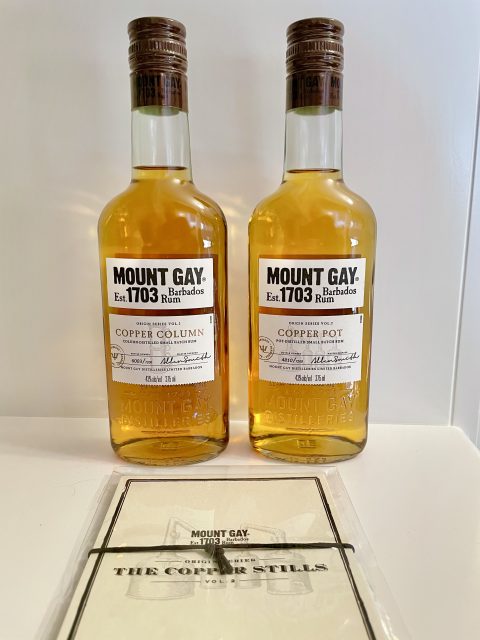 This was really interesting to me, having had more than my fair share of Barbados rums in the last year or two. The ABV for these releases is 43%, so while these aren’t cask strength releases you do gain an appreciation of how the method of distillation truly makes a meaningful difference in the end result. Most notably for me is that when I try each rum just by itself I do taste some of individual flavors that I remember from when I try a blended Barbados rum release from Mount Gay. Both rums are quite good, though the Copper Pot is not nearly as bold and funky as the recent (and much pricer) 48% ABV Pot Still Rum release from Mount Gay (one of my favorite rums). As always, Mount Gay does a good job with the packaging. I think any rum enthusiast would enjoy comparing these two rums, and both have appeal.

As is the tradition here, we made a Mai Tai with these rums. But I was curious if I’d prefer each release on their own, or a blended release with equal parts of each rum. So, it was umtshootout” time and a blind taste test. 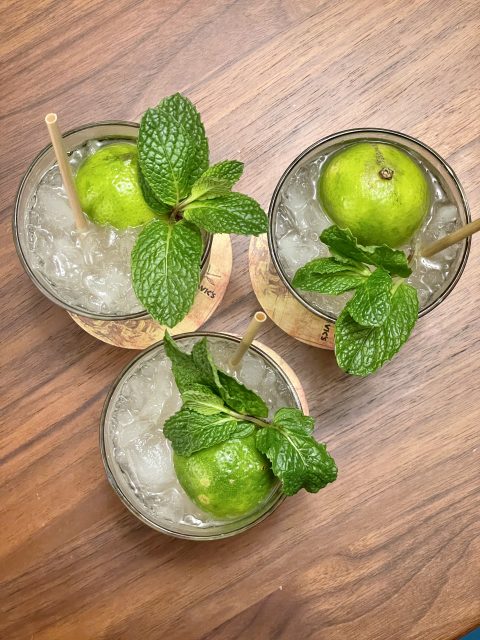 So, I’m still a Pot Still Rum man, but honestly all of these Mai Tais were quite delicious. But the Pot Still just had a deeper and more satisfying flavor.

Earlier this year I named Foursquare 2004 as my “Special Occasion” rum in the Five Bottle Rum Challenge. One of my favorite rums, so buttery and flavorful. And just a touch more dainty than the more recent Foursquare ECS releases.

If there’s ever been a special occasion for Barbados in my lifetime, today is the day, as the country has removed the Queen as the head of state and is now officially a republic. There’s certainly been a lot of pain and suffering inflicted on the people of the island, but today is a day to celebrate. 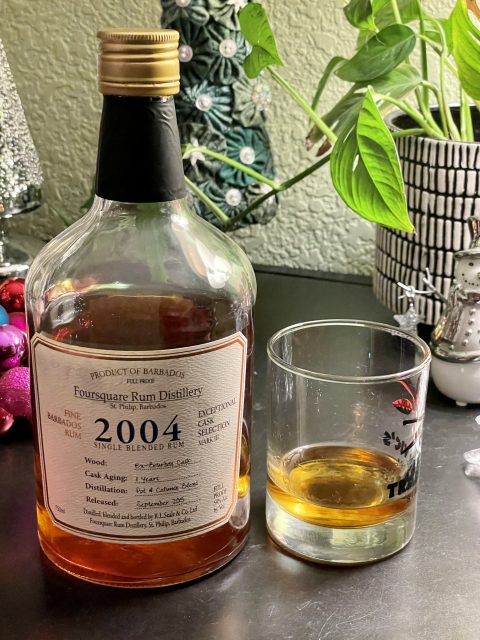 First brand sponsored rum tasting at The Kon-Tiki in quite some time. Mount Gay is a great choice, and I’m a big fan of their XO expression. 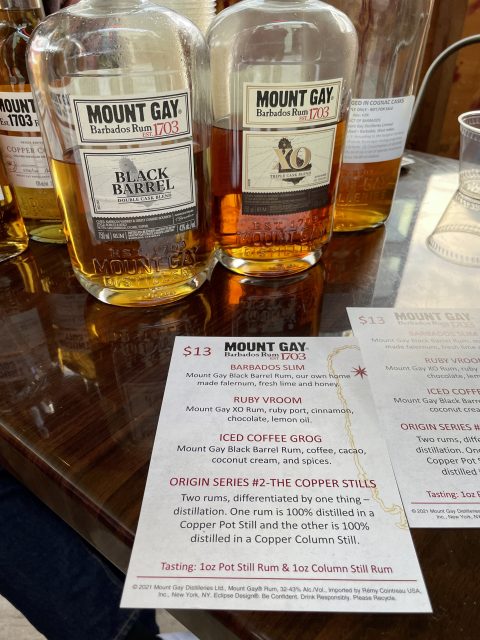 The special menu had some nice offerings. I’ve had the copper still rum expressions before so I tried the Barbados Slim; very good up cocktail with rich flavors of honey and Falernum. 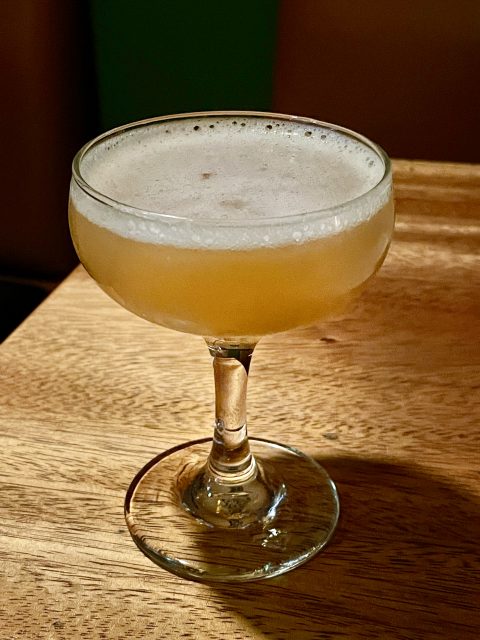 The rum tasting was outside and we got to sample small portions of a cognac barrel aged sample. Hey, Mount Gay this rum is delicious, make it a limited edition retail product, please.

The food menu seemed a little larger than last time. In addition to the always fab Kon-Tiki Burger, I sampled the Calamari and Pork Bellies and both were great. More great service and a goovy vibe that Kon-Tiki is famous for. 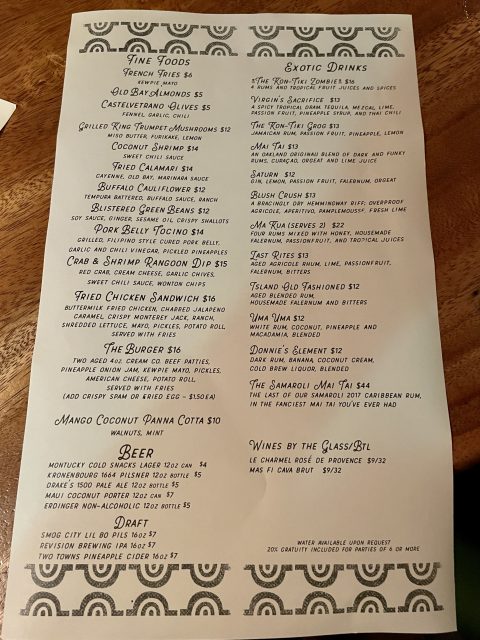 Congrats to Mount Gay XO for being the rum of the year from Whisky Exchange.

New blend and new label for 2020. I like it a lot. Hoping for new, interesting expressions from Mount Gay in 2021 and beyond. 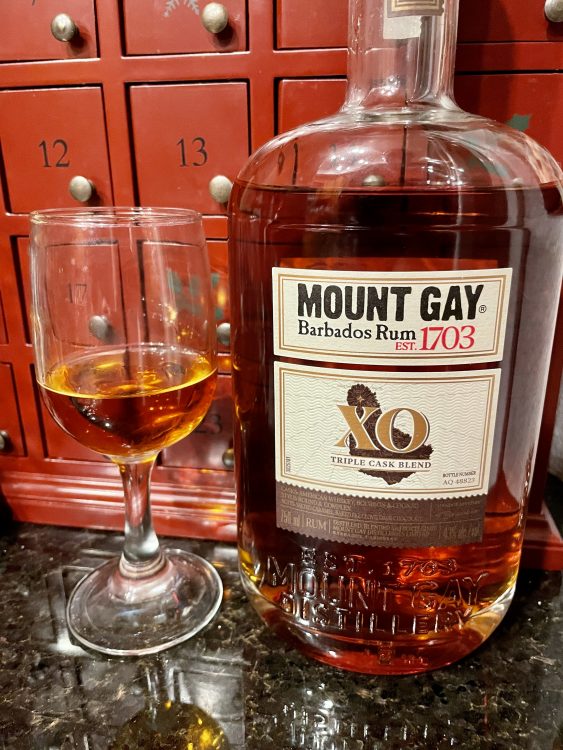 Mai Tai Monday celebration with a couple fine aged rums from Barbados, who became independent from the UK on this date in 1966.

The Mai Tai is made with two examples of the rum blending tradition in Barbados. No sugar or additives, just aged Rum. Real McCoy is super affordable and Mount Gay XO is a fine rum worth splurging a little bit for. I love them both. 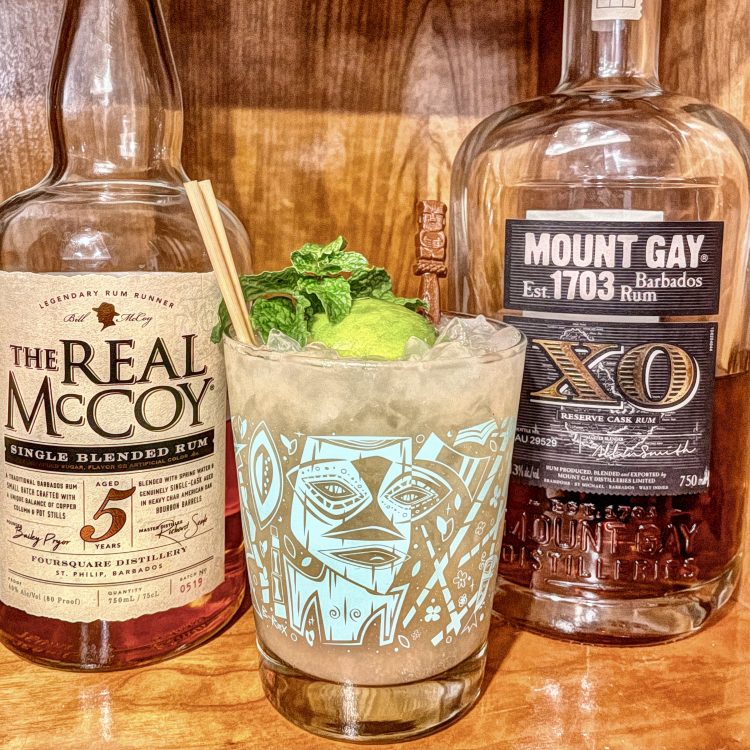 This isn’t a new release but I finally decided it was the right time to go pull the trigger on this limited 2019 release from the Master Blender Collection. This aged pot still rum is delightful and is a great comparison to all the other Jamaican Pot Still rums in my collection. This too has the same heavy flavor (even at 48% ABV) but it is … different. There’s a plum note that is a noticeable departure from the banana notes most typical of the Jamaicans.

And in a Mai Tai? The same pot still characteristics do punch through the cocktail. I definitely would not confuse this Mai Tai with one made with Jamaican or Martinique or Demerara rums. 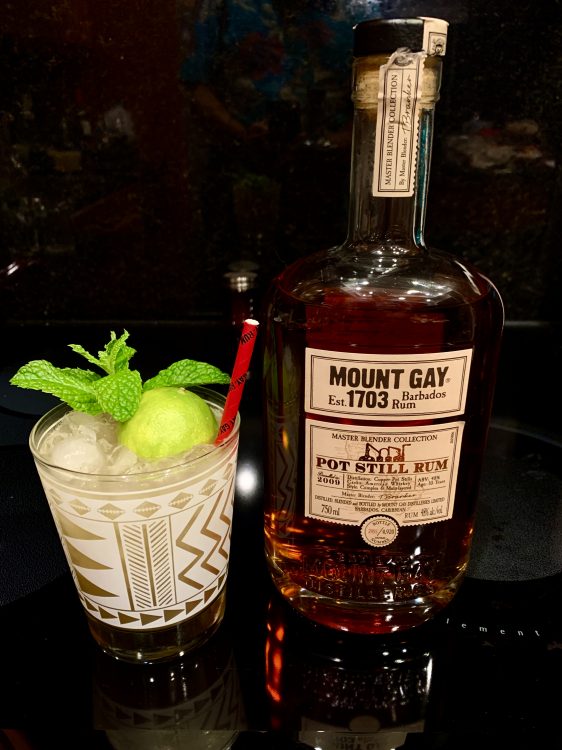