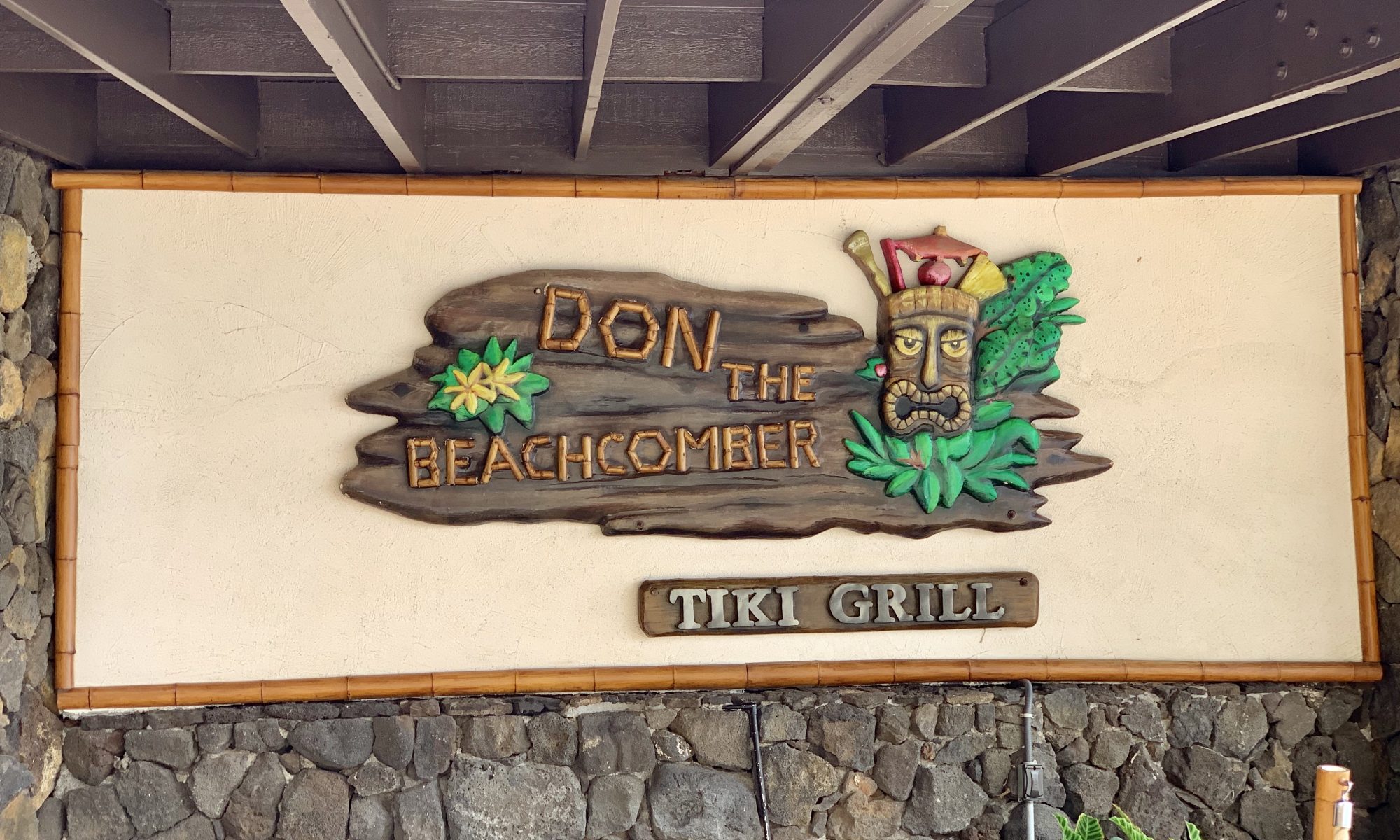 The Island of Hawaii (“the Big Island”) is a great destination for Mai Tai fans, being the home of the last remaining Don the Beachcomber location, as well as the yearly Mai Tai Festival. This is not intended to provide an exhaustive review of every Mai Tai on the island, since you can get a Mai Tai in nearly any restaurant and every bar, but we do want to highlight some key destinations.

Being the last remaining location using the classic Don the Beachcomber name, this is certainly the key destination for any tikiphile visiting the island. The restaurant and bar are adjacent to each other, off the main lobby of the Royal Kona Resort. The restaurant is wonderfully appointed with many tikis and is a large circular room, however it is only open on certain days. We walked around on our visit but weren’t able to have a meal.

The Mai Tai Bar faces out over Kailua and Oneo Bays, and with a westward direction also affords spectacular sunset views. This is also the home of the annual Mai Tai Festival in August, where they draw bartenders from around the globe to compete for the title of the “World’s Best Mai Tai” (never mind that many of the “Mai Tais” don’t have much in common with the original recipe). The bar menu is pretty deep, featuring several Mai Tai styles. Interestingly, the “1944 Mai Tai” is the one highlighted and outlined, even though it’s a Trader Vic’s not a Don the Beachcomber recipe. That Mai Tai is made with Smith & Cross and Zapaca Rums and though it was prepared via free-pour we thoroughly enjoyed it. Though this is a hotel bar, many of the items from the cocktail menu do pay true homage to the originator of the genre. Note that the bar is a patio, so there’s no air conditioning (which was an issue on the day we visited).

We heard from several people that the Mai Tai served here is the best on the Island. Located just down the street from the Royal Kona Resort, this would be a good location to do some “compare and contrast” cocktail tasting. The drinks are from the same menu as the sister location Lava Lava Beach Club.

Kuleana Rum is making a name as a producer of fine rums including a Hawaiian Rum Agricole as well as other expressions that included blends from rums from around the world. The Rum Shack is a restaurant and retail location, located in an upscale shopping center at the Waikaloa resort. We stopped in for cocktails and were seated at the bar. There was a mix up in terms of expectations and the delivery of silverware for a shrimp appetizer, but the staff made up for it with some Malasadas that were said to be the best in the state – and I could not find any reasons to disagree. Simply delightful.

The cocktail program at the Rum Shack is quite strong. Though most of the menu cocktails do use the Kuleana rums, a very large selection of other rums are available as well. We did enjoy the Mai Tai made with two Kuleana rums, but we loved the one made with Appleton 12. Though the interior is not particularly tropical or Hawaiian in theme, if you’re looking to explore the various flavors of Hawaii you’d be hard-pressed to beat the Rum Shack.

Looking for a relaxing beach-front experience? That’s what the Lava Lava Beach Club is all about. It’s a bar and restaurant nestled near a tree-line beach. There are games and tables overlooking the beach and water, and an extensive cocktail menu too. My Mai Tai was served Hawaiian Style (billed as a Huggo’s Mai Tai, from their sister location) and was just fine, though I’ve heard from cocktail snobs that the Big Bamboocha Mai Tai is actually pretty good. Mrs. Mai Tai said her Lava Flow was the best she’s ever had. Lava Lava is located in the Waikaloa Resort, so is easy to combine with a trip to the Kuleana Rum Shack.

Other Locations of Note

We think most tikiphiles will love a visit to Pu’uhonua o Honaunau National Historical Park, where a number of historical displays are available to tell the story of the history of the island. There are also a number of spectacular wooden tikis. 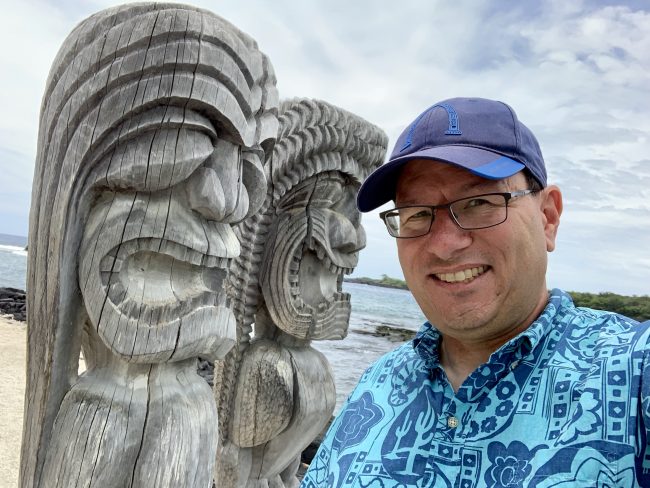 The Punalu’u Black Sand Beach is another interesting location. Aside from the lovely sand and interesting lava reef features, there’s an abandoned tiki-style hotel nearby that could scratch the itch of the amateur urban archaeologist.