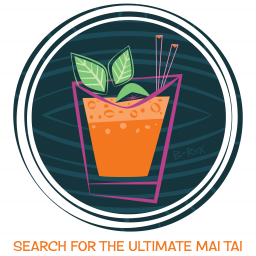 The Search for the Ultimate Mai Tai is produced by Kevin Crossman, located in the San Francisco Bay Area.

The Search for the Ultimate Mai Tai started when the original website launched in late 1998. We implemented a crude interactive website and received review submissions from Mai Tai fans globally. But, that website ceased active production a few years later and sat dormant for many years.

In 2016, I became more actively interested in Tiki again and began to experiment with cocktails. This interest was largely sparked by my 50th birthday that was coming up in the spring of 2017, and the theme for the party was “Hawaii 5-0.” In December 2017 I relaunched the Search for the Ultimate Mai Tai as an Instagram account with the goal to post daily. After two-plus years of consistent posts on Instagram, we re-launched the Search for the Ultimate Mai Tai website in January 2020.

Mai Tai Talk on the Rumcast

The episode from April 2021 covers the history of the Mai Tai, tips for the home bartender, and how to get an awesome Mai Tai at your local watering hole. And of course lots of talk about rum for your Mai Tai. We played a game of “Mai Tai or Not a Mai Tai” and the episode ended with the Rumcast’s signature Rapid Fire round of questions. 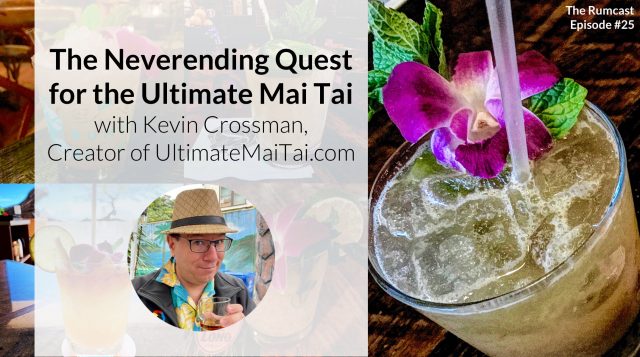 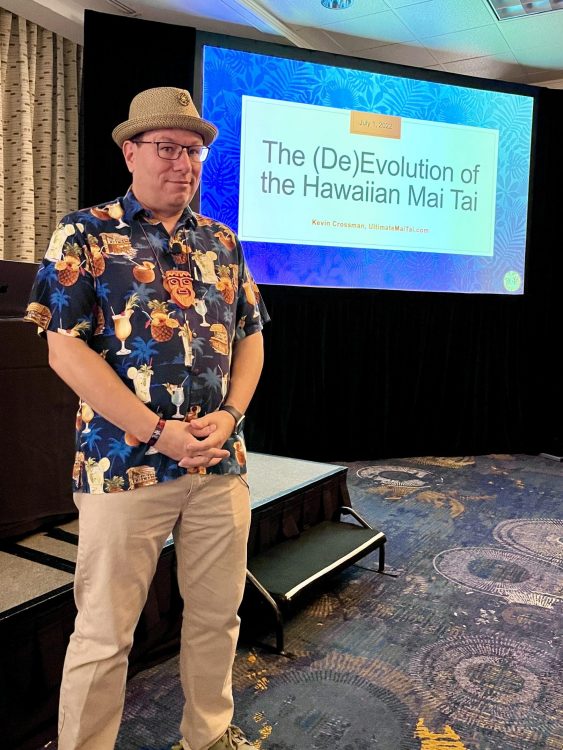 Kevin Crossman is a Bay Area native. He has previously produced the niche websites Lip Balm Anonymous and Frat Pack Tribute and was also the host of the Frat Pack Tribute Podcast, which was nominated for a Podcast Award for Best Movie Podcast. Kevin was also the co-host for the popular That’s What She Said podcast about NBC’s The Office.

A rum enthusiast, Kevin has completed The Kon-Tiki Expedition rum list and the Forbidden Island Kill Devil Club 1.0 and 2.0 rum lists. He is also a Guardian of the Cove in the Rumbustion Society at Smuggler’s Cove.

“Kevin knows his stuff. He’s being doing this since the 1990s.” – Jeff “Beachbum” Berry

Tiki Kon Seminar: The (De)Evolution of the Hawaiian Mai Tai
Recorded July 1, 2022 at Tiki Kon, we’ve combined the professionally recorded audio with the slides so that you can experience it at home. There are a couple bonus slides during the Q&A.

Trader Vic’s Emeryville Mai Tai Day Seminar: The (De)Evolution of the Hawaiian Mai Tai
An expended version of the presentation was presented at Trader Vic’s on Mai Tai Day. This wasn’t recorded but you can view the slides and other materials on this site.

The Search for the Ultimate Mai Tai logo and website header are by B-Rex.

Thank you to the following for assistance with the site, content review, and editorial input.