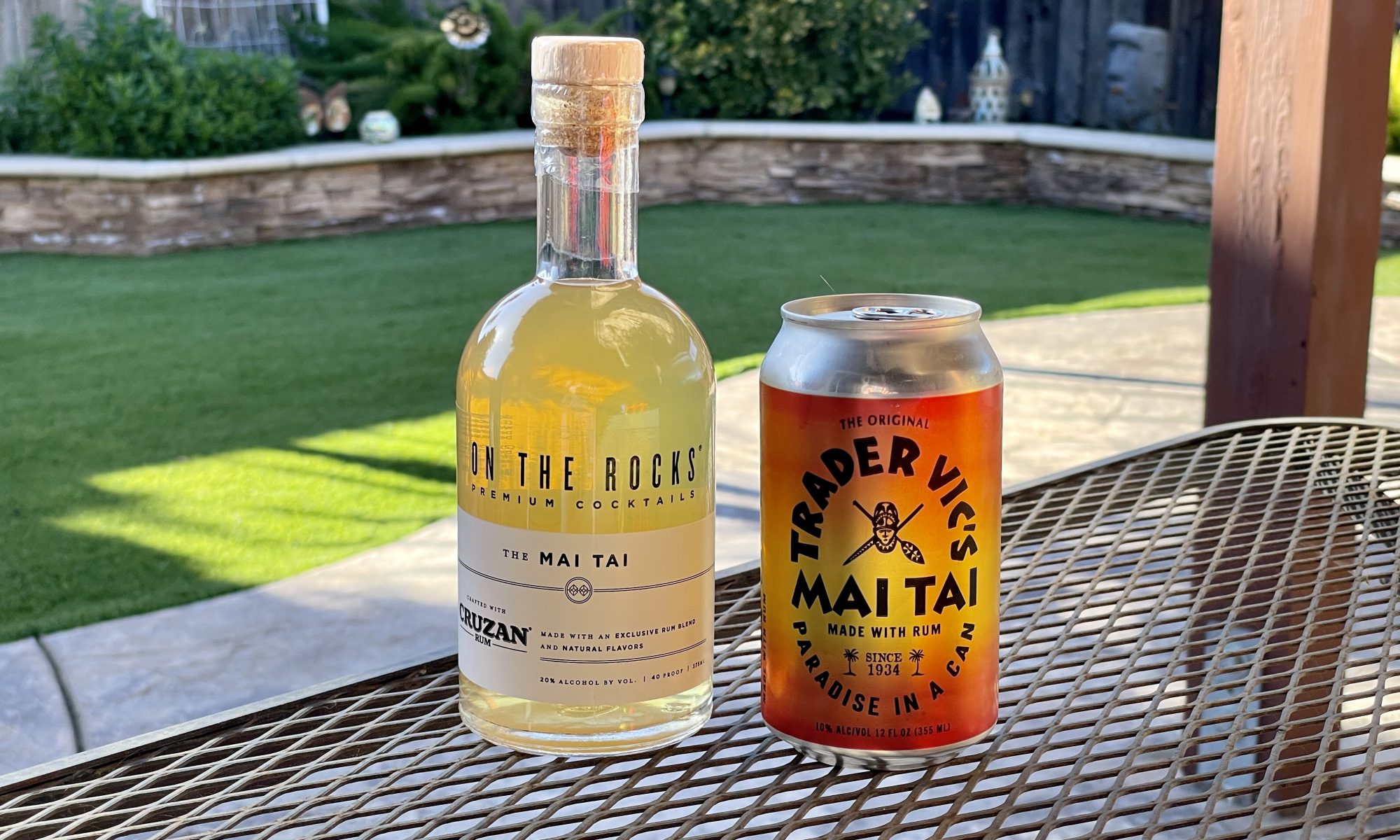 The market for Ready to Drink (RTD) cocktails have trended upwards in recent years, offering a convenient alternative to beer and wine. RTDs are easy to prepare and consume, and are a worthwhile option for consuming cocktails away from home such as at the beach, camping, or on vacation. They also offer a convenient option at home, though their value is diminished at home since the quality is generally far less than from a freshly made cocktail.

Since the Mai Tai is a well-known cocktail, there are several Mai Tais on the RTD market. For our discussion we aren’t including the myriad brands based on wine or malted beverages, and instead are focusing solely on products using rum the exclusive or primary spirit used. We’re also ignoring ready to drink Mai Tai cocktails that come in large plastic bottles.

The pricing for RTD cocktails does vary, however, and there are two primary price tiers:

RTDs are convenient but set your expectations accordingly. With the exception of the Proof Cocktail Co. Mai Tai and Small Hand Cocktails, none of these will be confused with fresh Mai Tais made from scratch. But that’s not really the point of the RTD cocktail anyway. What you’re looking for is something good from the convenient delivery mechanism.

While nobody familiar with the cocktails from a Trader Vic’s location will confuse this with the real thing, the Trader Vic’s canned Mai Tai is by far the best option in this price range. Dark in color, with hints of orange and almond. Rum taste is mild and overall there is restraint in the flavor that makes this refreshing to consume. 10% ABV and the cans come in two designs.

Availability varies, but you can find Trader Vic’s Mai Tais at BevMo. 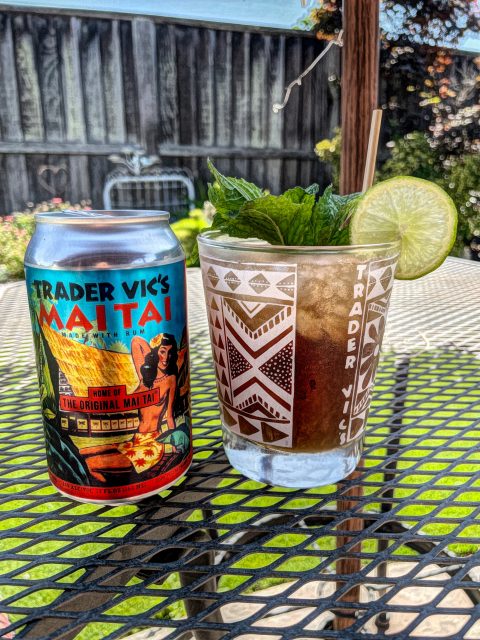 Meanwhile, there’s another Trader Vic’s branded cocktail that’s been available in Hawaii for many years and seemingly newly introduced in Florida in late 2022 with a new label. This was actually really tasty and pleasant. It is made with rum and orange liqueur and actually resembles a Mai Tai. 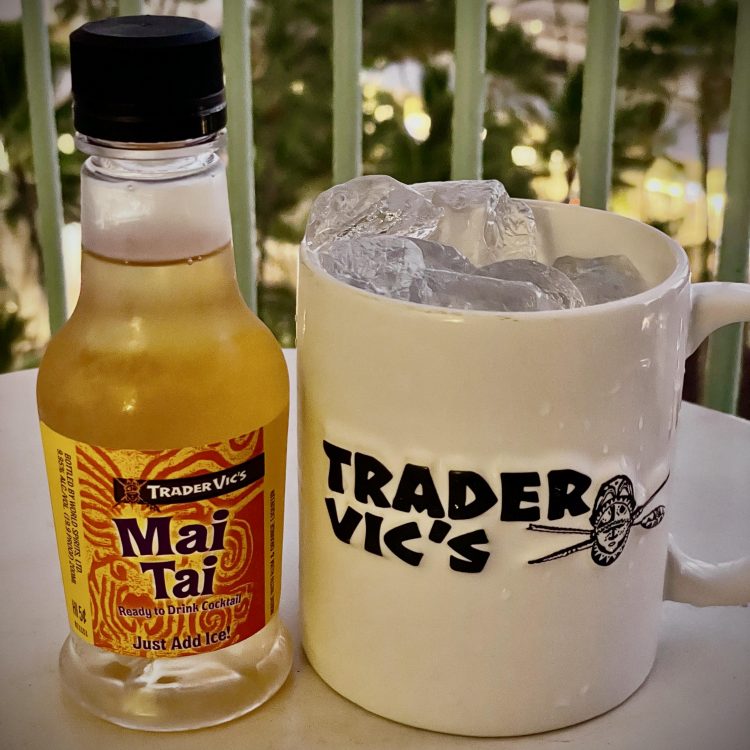 Cutwater Spirits Balu Hai Tropical Tiki Rum Mai Tai is ubiquitous, possibly because of the presence of the rest of their product line that we haven’t explored yet. The Mai Tai is advertised to feature “pineapple, coconut, and citrus” which doesn’t taste like a Mai Tai at all. Very unimpressed. 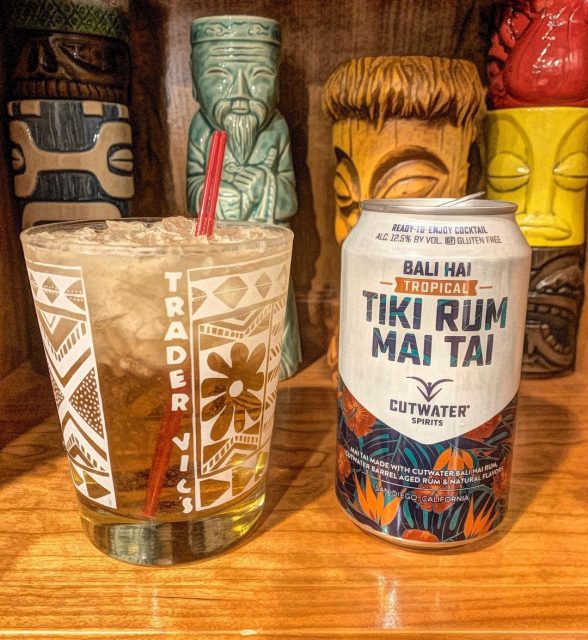 Koloa Mai Tai is widely available in Hawaii, but the flavor profile doesn’t come close to a Mai Tai. It worked for us on a hot evening, though. 17% ABV. 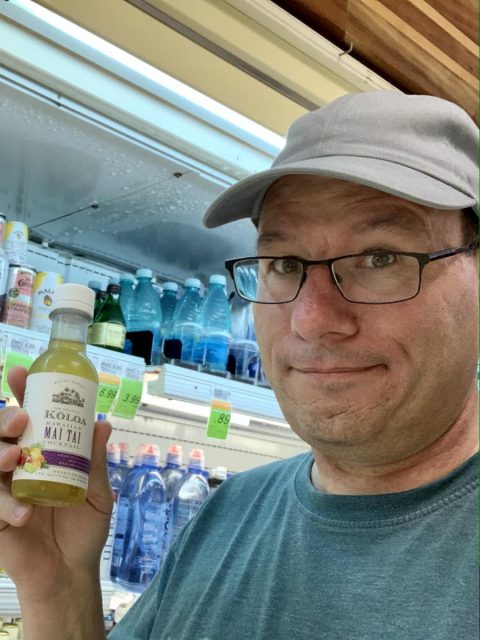 Villager Spirits Mai Tai. The can says it contains rum, curaçao, and lime. But it tastes like coconut and pineapple, and isn’t particularly pleasant. 11% ABV. 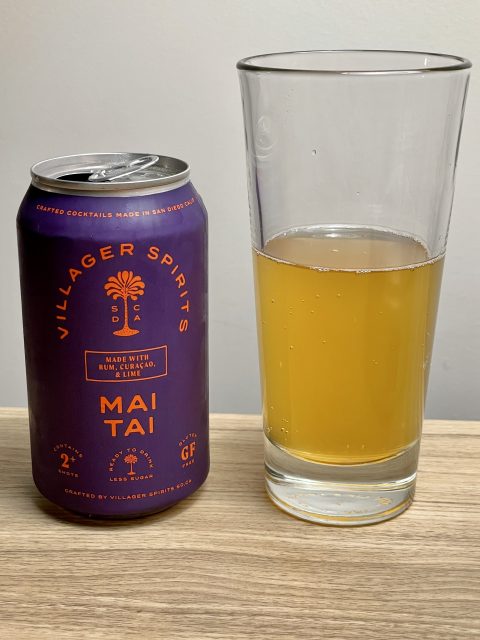 Boulevard Beverage Mai Tai Fling. It is bright yellow, like if Mountain Dew and a Midori Sour had a baby. It was so terrible we poured the entire four pack out on the spot. 8% ABV.

Higher Tier: Proof, Small Hand, and On the Rocks

On the Rocks Premium Cocktails: The Mai Tai is a good option in this tier. We’ve liked all the On the Rocks cocktails that we’ve tried, and they tend to have a higher ABV than the canned options. The Mai Tai is made with three Cruzan rums, orgeat that you can taste, along with orange, pineapple, and coconut. It tastes kind of like a Mai Tai and at 20% ABV you’ll feel it too.

On the Rocks is available in 100ml, 200ml, and 375ml bottles (the large one even comes with a cork!). The two-serving 375ml bottle costs around $12, which means that if you want quality you’ll have to pay a little more. 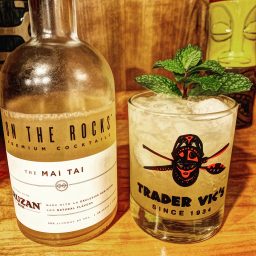 Proof Cocktail Co. Mai Tai tastes even better than On the Rocks, though has more limited availability. Distribution is limited to California, Colorado, and Tennessee and only at craft liquor stores. ABV is 23% and contains several rums, Curacao, Orgeat, Lime, Orange, and Grenadine.

The almond flavor really shines in this one! We’ve had plenty of freshly made Mai Tais at craft cocktail bars that were worse than Proof’s canned Mai Tai.  Highly recommended and our favorite so far. 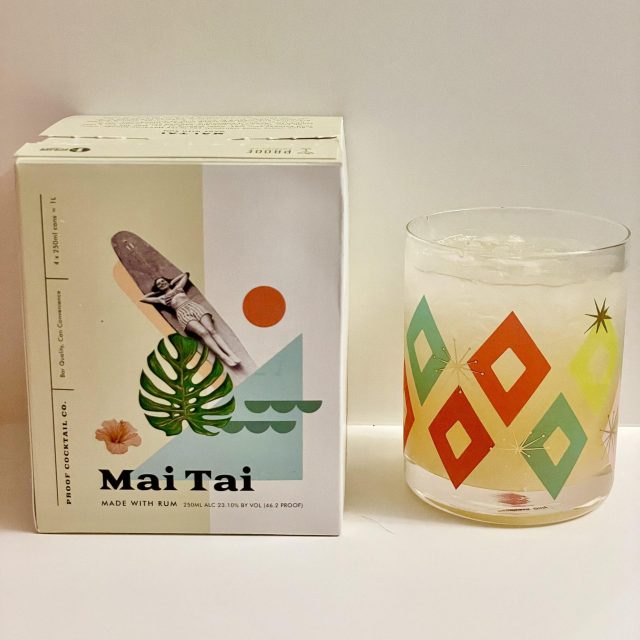 Nearly as good is the 25% ABV Small Hand Cocktails Mai Tai, especially for fans of Small Hand’s orgeat. Using Hamilton rums and orange liqueur, this has a great taste and a wonderful mouthfeel that compares well to a freshly made Mai Tai. 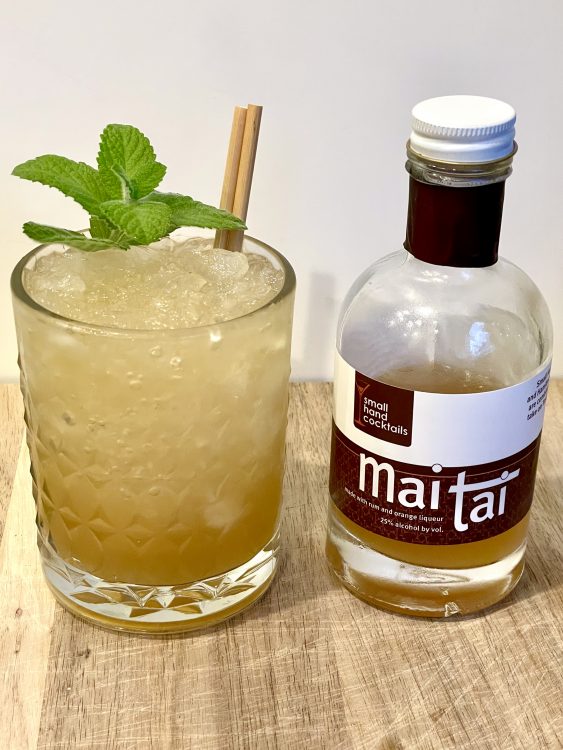