After a series of singles and EPs, Toronto’s Surfrajettes released their first album this weekend. Roller Fink is a collection of originals and covers, tied loosely around the theme of a roller rink. A couple songs have atmospheric roller rink introductions, but otherwise it’s just straight surf rock. The cover of Blondie’s “Heart of Glass” is the new single and treads similar ground to the group’s breakthrough video covering Britney Spears’ “Toxic” (6.2m views and counting). The bright, plucky sound of “Heart of Glass” fits in well with 2021’s single “Couch Surfing” and the roller rink theme. 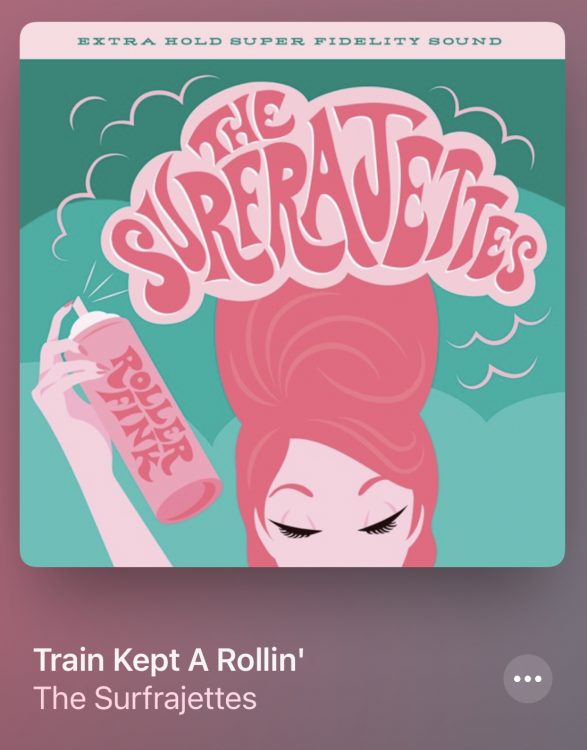 A few songs on the album have a harder edge, including the title track. But most impressive is the incredible raucous cover of “Train Kept a Rollin’. This fast version is reminiscent of The Yardbird’s infamous rendition from the movie Blowup, with Nicole Damoff’s lead guitar being just as impactful as Jeff Beck’s. The song fits in well with The Surfrajette’s 1960s sensibilities but displays a more confident approach to the material, musical virtuosity, and the surf genre. The song features a brief vocal interlude with the band members shouting one of the song’s memorable lines, “Looking so good I couldn’t let her go!” Be sure to check this track out.

Roller Fink is available on Hi-Tide Recordings and The Surfrajettes are appearing at Hukilau in June and northeast venues in July.

Our good buddy Tiki with Ray has these new Tiki Goth Club merch items, including a pin and stickers (it comes in a black envelope, very appropriate). 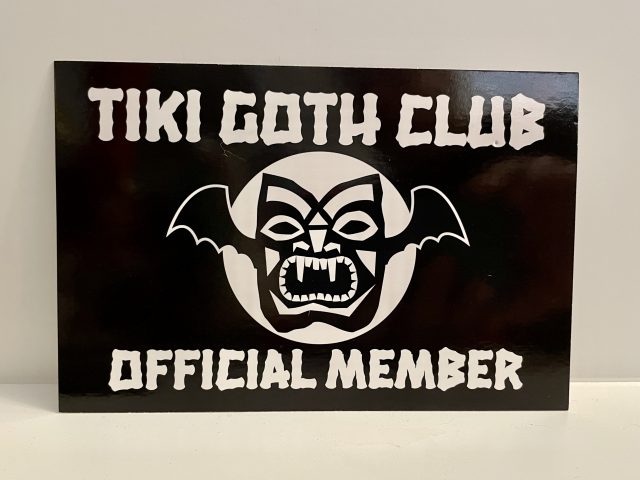 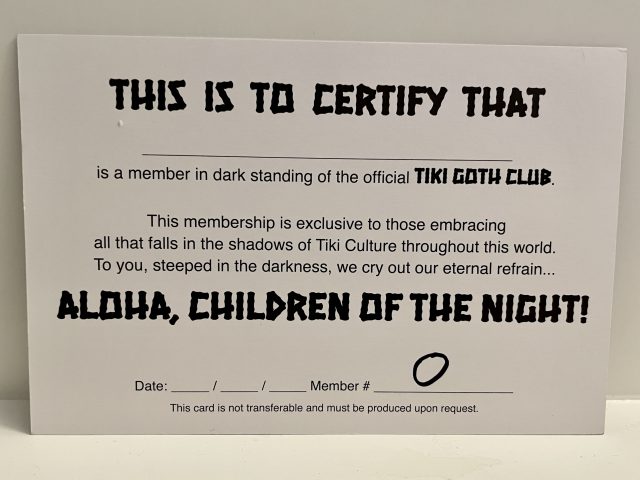 Like any good club with a membership program, new joiners are assigned a number. Ray took number 1, as you’d expect (before you ask, 69 is also taken). Fans of Steve Jobs may understand why I requested and received membership number zero. Thanks Ray!

The membership pack costs $15 and is available at www.tikiwithray.com. Check it out!

I really enjoyed this new cocktail at The Kon-Tiki. It is part of the new cocktail menu and is a delightful combination of Bounty Dark Rum, Cream of Coconut, Passion Fruit, Campari, and Orange Juice. Not at all reminiscent of a Painkiller. The bitter Campari and tart Passion Fruit really balanced the OJ and Coconut Creme. 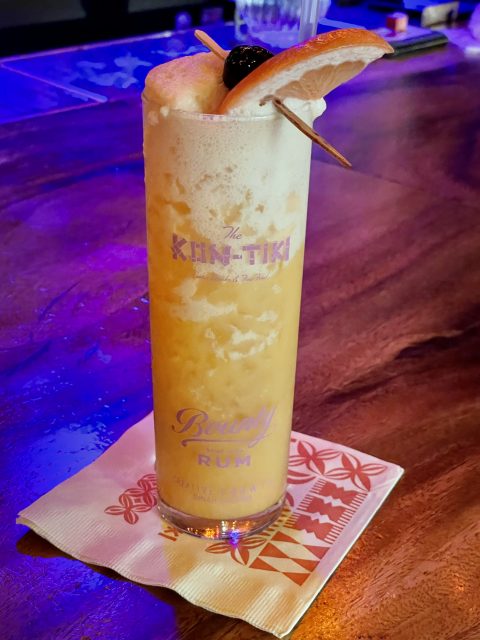 So nice to see menus on the tables again, and with so many new cocktails to try when I’m looking for something different than the old favorites.

While at Kon-Tiki I also tried the Crab and Shrimp Rangoon Dip, with wonton chips. Very flavorful and just about the right amount of dip per chip. You’ll find that a fork is helpful at getting the dip onto the crispy wontons though.

I also want to highlight the excellent musical selection from Kon-Tiki bartender Tony Martinez. Tony’s Spotify playlist “Kon-cumbia” was a peppy mix of instrumentals and songs with vocals. While not traditional “tiki bar music,” I found that it fit in perfectly as the music was great in the background and totally set the happy mood. More of this, please. 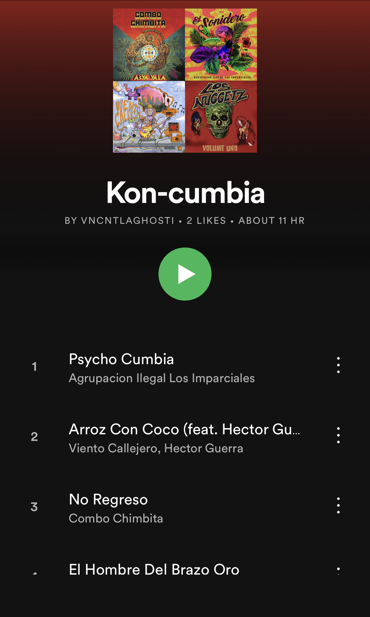 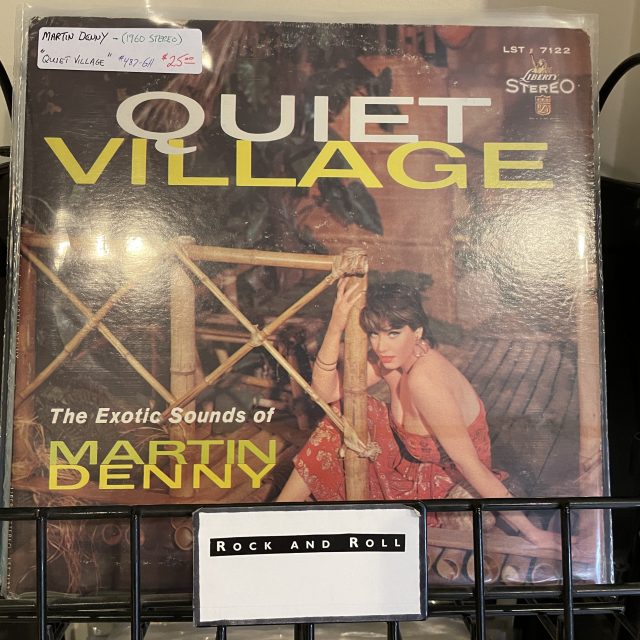 To be fair, there’s a song called “Sake Rock” on this album. 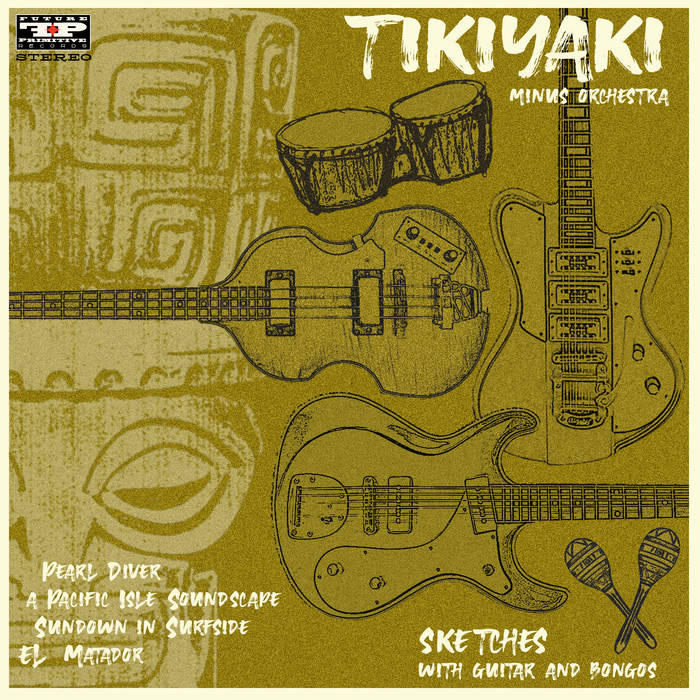 This is track number 6 (closing Side A) from Les Baxter’s 1963 album Soul of the Drums. This albums was one of Baxter’s last in the exotica genre and is pretty good overall.

Unfortunately, “Mai Tai” is maybe the least exotic song on the album, and was described by Ambient Exotica (reprinted in The Les Baxter Companion, 2018) as a “stupefying silkened string panorama.” Since this album was Baxter’s first on Reprise it also means that none of its tracks made it onto the otherwise excellent Capitol Records compilations from the 1990s. 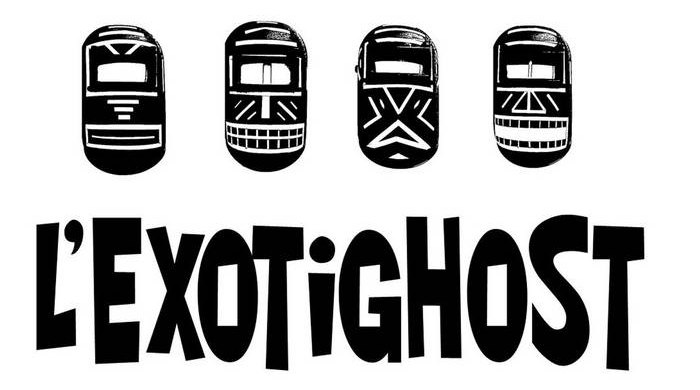