We worked hard at Ultimate Mai Tai Headquarters to come up with a great Mai Tai using Kuleana’s rum expressions. With four Kuleana rums to work with it was difficult to hone in on the right formula, but after exhaustive testing this one really stuck the landing. The cocktail has complex and fruity flavors that will remind you of the islands, but still remaining true to the original Mai Tai formula.

I wanted to use at least two Kuleana rums, especially their Hawaiian Rum Agricole that I find delightful. But that rum has such as unique taste it can overpower other rums, even Kuleana’s premium aged expression Hōkūlei. So we dialed the Rum Agricole back and added Kuleana’s lightly aged rum, Nanea.

To give the cocktail a tropical twist, we replaced the ¼ oz of rock candy syrup with liliko’i/passionfruit syrup. Because sometimes you want the flavor but not the foam. 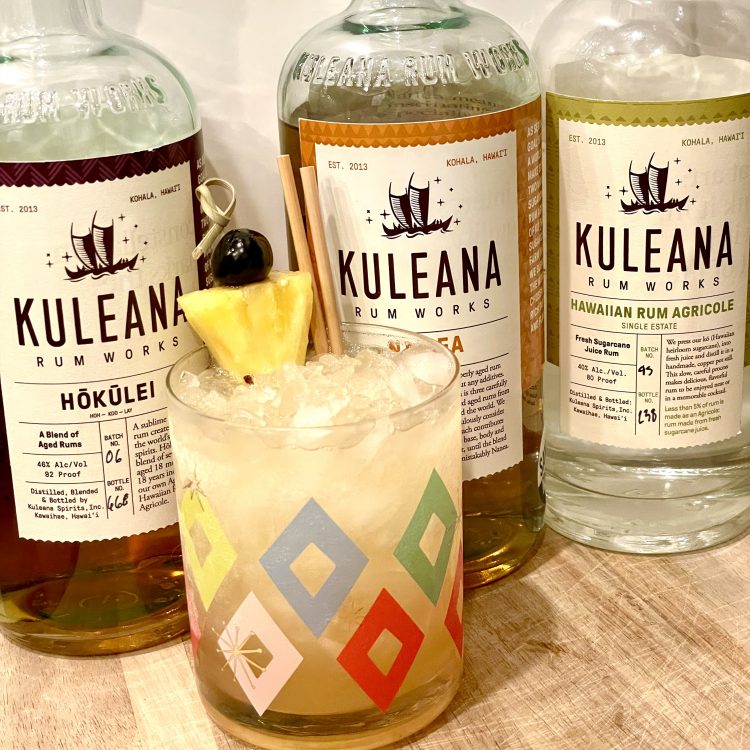 If you have these rums, give this recipe and try and drop a comment with your impressions.

Interestingly, these same rums are used in the Kuleana Mai Tai at Kuleana Rum Shack. Wonder what the proportions are, and what’s in Kuleana’s “secret mix” in that Mai Tai. Hmmmmm.

The bottles were provided by Kuleana but this is not a sponsored post.