The latest blended rum release for Kuleana Rum Works will appeal to those who love barrel notes in their rum. This rum combines distillate from six countries, including a unique aged version of Kuleana’s Hawaiian Rum Agricole. Issued at 46% ABV, this is reminiscent of quality Barbados rums but with a slightly lighter overall character. No added colors, flavors, or sweeteners.

As noted there is a complex and interesting set of seven rums in this bottle:

I can’t say that the Hawaiian Rum Agricole hits me over the head, and honestly I’d love to try some of that just by itself. But overall, Hōkūlei is a really great sipping rum with great spice and oak notes.

In a Mai Tai, Hōkūlei doesn’t really punch through in the assertive way that Kuleana’s Hawaiian Rum Agricole does, though there’s plenty of general rummy flavor. On the other hand, this rum shines in a Daiquiri where you can taste those same spice and oak flavors alongside the brightness of the lime and sugar. 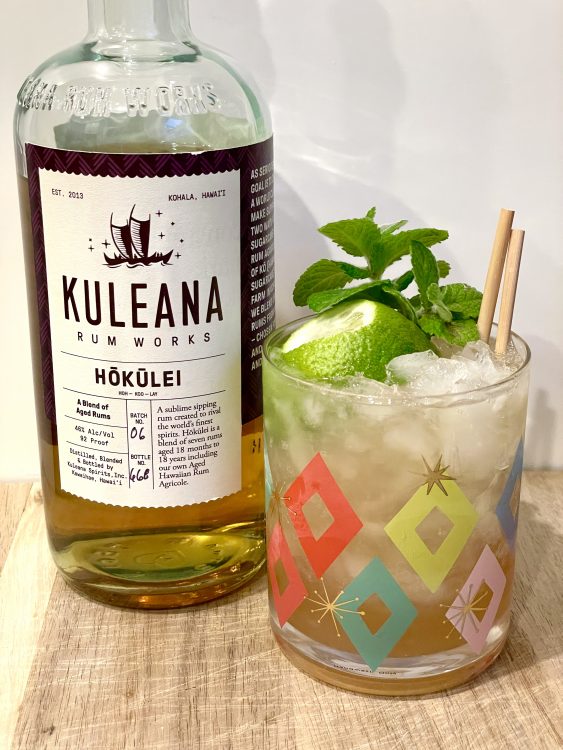 Hōkūlei retails for around $70-80 and is just coming to market this year. You can order from Kuleana’s website as well.

The bottle was provided by Kuleana but this is not a sponsored post.