To celebrate, I took a run at doing a Pumpkin Spice Mai Tai. In the past I’ve used the Captain Morgan Jack-O-Blast Rum as an accent rum in a standard 1944 Mai Tai. That rum isn’t being produced anymore, so I decided to try this a different way by making a pumpkin spice simple syrup. 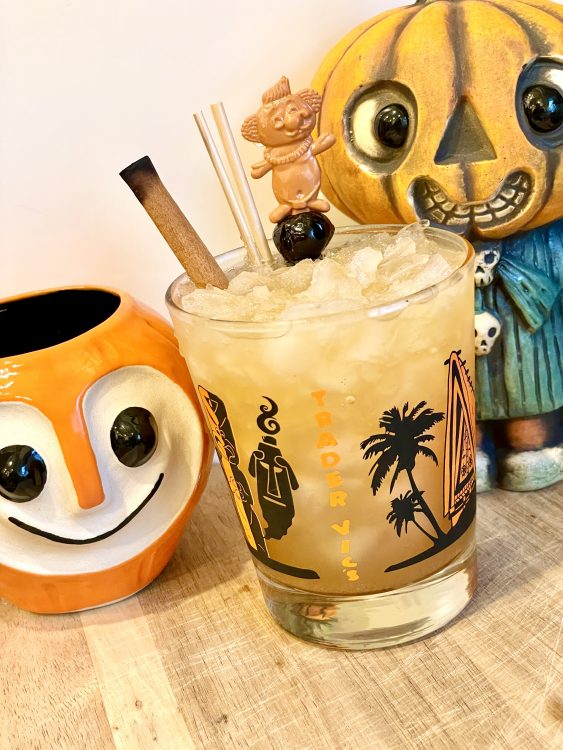 The rum here should be flavorful but not overpowering. I used Appleton Reserve 8 but your favorite moderately aged or “gold” rum will do fine.

Heat water until just before boiling, take off heat and stir in the sugar. Once dissolved, add the pumpkin puree and spice, stirring for several minutes until the liquid has a consistent orange color. Add a little light rum and then bottle and refrigerate.

With this recipe the syrup does not hit you over the head with the pumpkin spice flavor, so you can add more spice if it suits you. I think it’s better when you just get a hint of the pumpkin flavor in the cocktail. 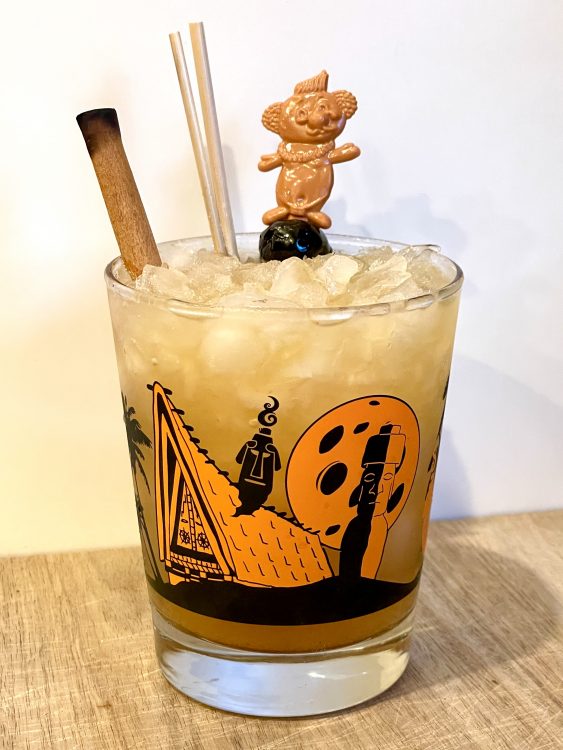