Beloved actress Angela Lansbury died today at the age of 96. The actress was most known for appearing on numerous productions on Broadway and in later years as the star of the Murder, She Wrote television series.

The role I most associate with Lansbury was as Elvis Presley’s mother in the movie Blue Hawaii. Her character was grating at times, though Lansbury convincingly played the mother despite being less than ten years older than Elvis.

Blue Hawaii has some great music and pretty good performances by Elvis and costar Joan Blackman. And of course some gorgeous scenery of Hawai’i. Less good things can be said about the stereotypical and (currently viewed) racially insensitive portrayal of the Hawaiian and Asian characters in the film, notably the Chinese manservant Ping-Pong. Though, the stereotypical portrayal of Lansbury’s character of a Southern wife and mother probably won’t be viewed positively by many as well.

The line that is most memorable is when Lansbury’s character asks for a couple of Mai Tais. I mean it is just so ridiculously awful and insensitive today to hear her say “Fetch me a Mai Tai, Ping-Pong” that just have to shake your head. 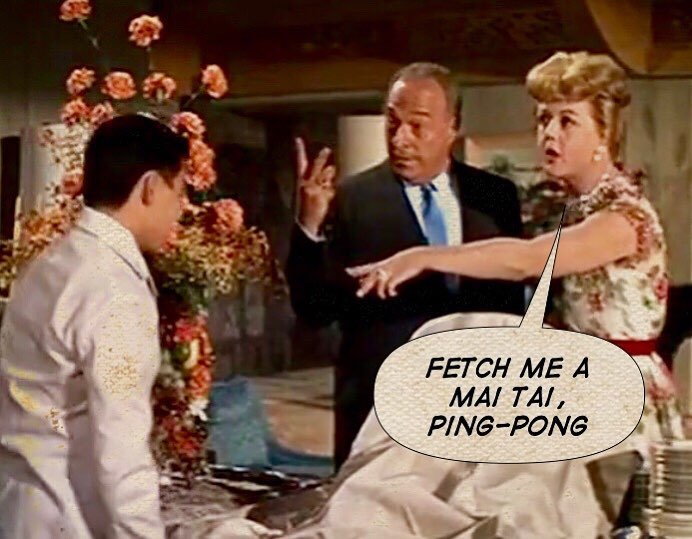