Had to go somewhere for the actual Mai Tai Day on August 30. Forbidden Island hosts their Ohana nights on Tuesdays and they had guest bartender Captain Dave from the Captain’s Cabin bar in Arizona, so this was the choice.

We were all too happy to relax on FI’s well-appointed back patio. Mrs. Mai Tai ordered her standard Chamborlada, always a favorite here. She also had the Tradewinds that combines coconut and apricot flavors so well. 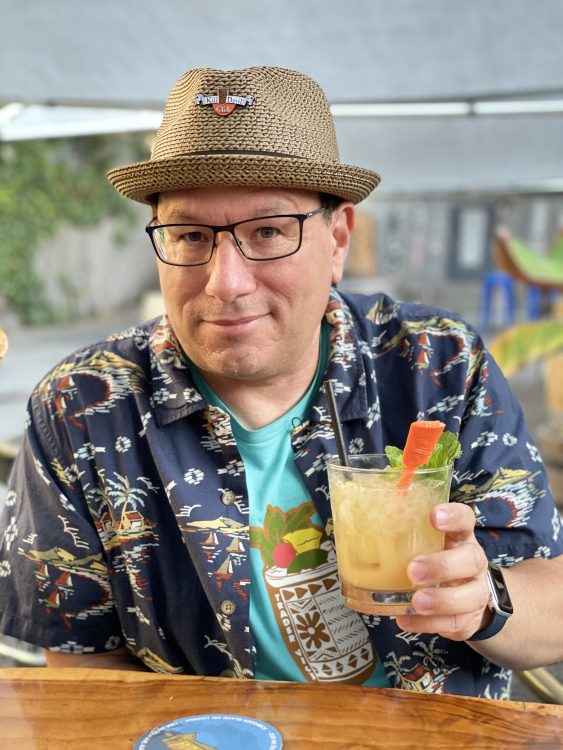 I went with FI’s standard Classic Mai Tai. They’re using a multi-rum blend in the Mai Tai and I thought it was pretty good. There’s a certain tanginess that I really liked. They have a new cocktail menu and there’s a Viking Mai Tai that I’ll try next time. 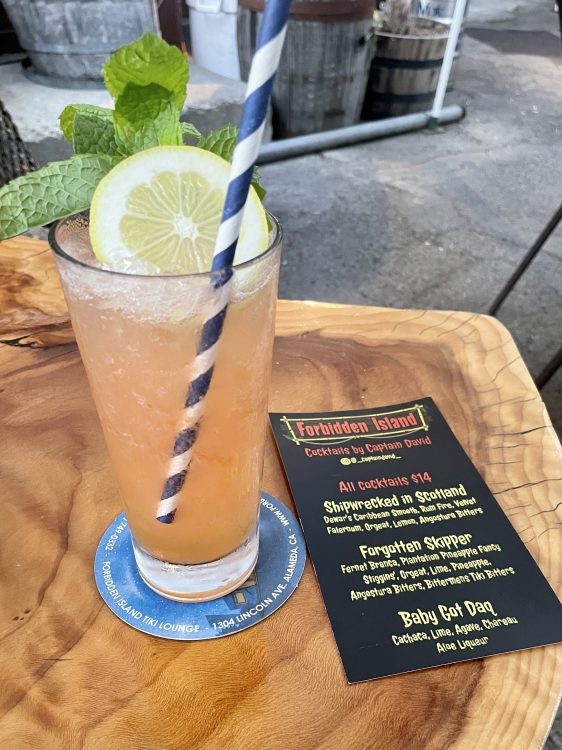 Captain Dave had a few drink specials and I dug the Shipwrecked in Scotland, which thankfully leaned more into the Jamaican rum than the Scotch. Lots of good flavors.

Nice to be able to say hello to Michael Thanos, who petitioned Oakland to recognize the Mai Tai and where this August 30 Mai Tai Day stuff originally emanated from. Cheers!