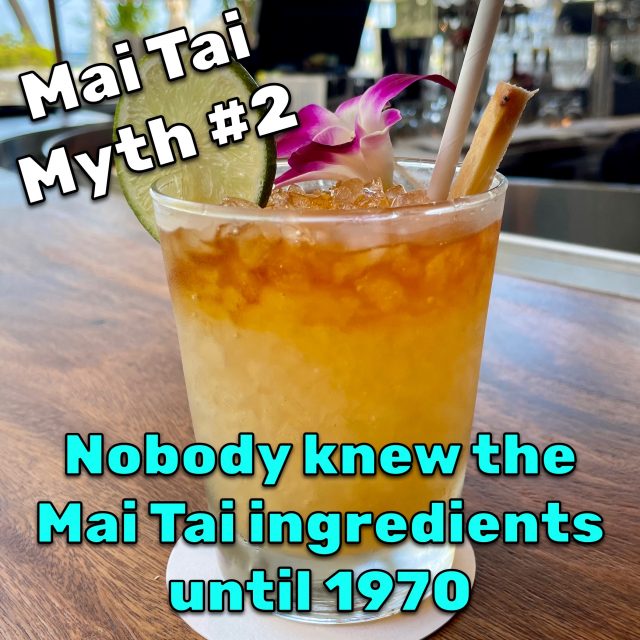 Trader Vic Bergeron issued a press release in 1970 describing how he original developed the Mai Tai and he also included the original recipe. During this time period and continuing to present day, Mai Tais are made with non-original ingredients such as grenadine, orange juice, and pineapple juice, so we’ve seen speculation that this means that body knew what was actually in a Mai Tai. The most frequent rationale goes something like “nobody knew what was in a Mai Tai, so they made due with what they had.”

Nonetheless, there are numerous 1950s-1960s published recipes in newspapers and books such as the popular Esquire Party Book (1965) that provided Mai Tai recipes featuring the original ingredients: lime, rock candy syrup, orgeat, orange curaçao, and rum. This isn’t like the Zombie where nobody knew about Don’s Mix or even what was in it. 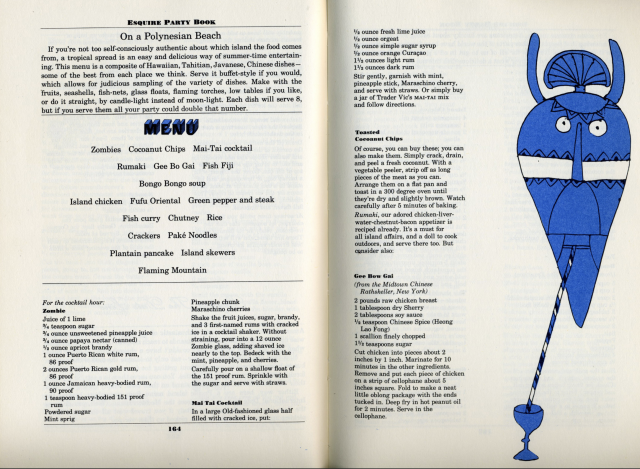 The proportions of those published recipes differed from the original 1944 recipe, in large part due to Trader Vic’s own tweak of the recipe that he provided to the Royal Hawaiian Hotel in 1953. We’ll have more about that recipe in our next post. But the constant use of the obscure orgeat in these recipes is reason enough to blow the myth that nobody knew the ingredients of a Mai Tai.