We had reservations to go to Tam O’Shanter in January, but those were cancelled at the height of omicron. We were staying nearby in Glendale so this was a perfect opportunity to give the restaurant a second chance for a visit. 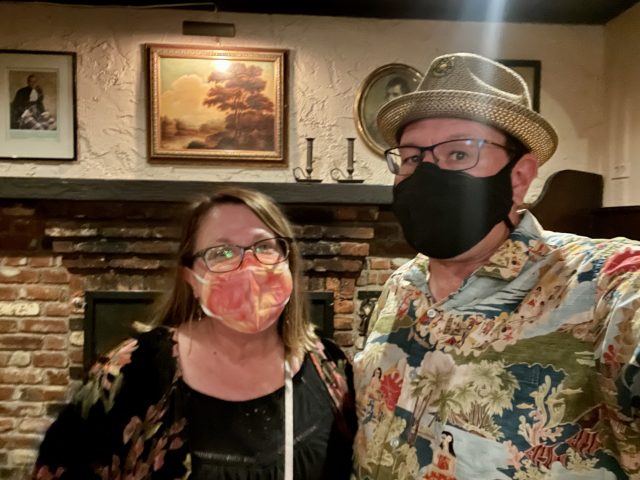 We were intrigued in learning more about the history of the Scotch-inspired steakhouse that is celebrating 100 years in business this year. While prime rib isn’t our thing, themed environments are and Tam O’Shanter really delivers. While we were seated outside under a charming tent and nearby an equally tranquil garden, we also got to peek inside at the myriad dining rooms inside. Frequented for many years by Disney animators and Walt Disney himself. Table 31 was Walt’s favorite and there are carvings in the table done by Disney animators.

We went in a turkey direction for our meal, but I decided to test the unfamiliar waters of Tam O’Shanter’s vast Whiskey collection. Walt Disney’s favorite cocktail was a Scotch Mist so I figured this was a good choice for the occasion. I asked for a Scotch that wasn’t so “peaty” and the bartender used Cutty Sark which was just fine with me. Scotch, ice, and a twist of lemon. 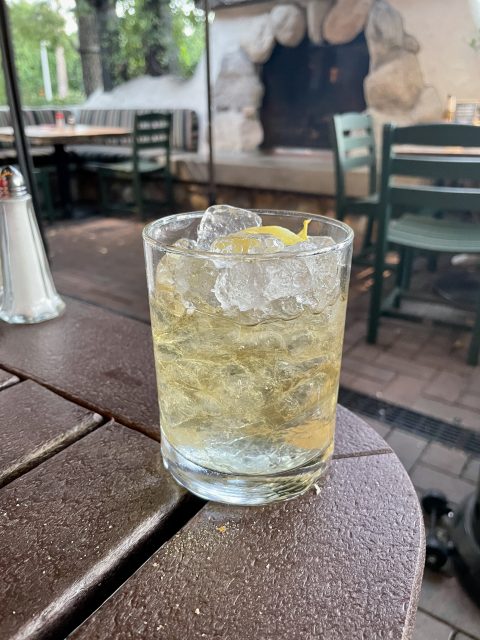 The service was great and we enjoyed the food. Being able to score a reservation inside would be a priority for future visits, since the interior is so elaborately themed.

You can learn more about the Tam O’Shanter in this video from our friends Tiki with Ray and Stephen Curran. The embed below is part of a longer video covering historical Disney-connected destinations in Los Angeles and starts in the section covering Tam O’Shanter.