Biiiig news, Mai Tai fans. Appleton Estate is coming out with a new rum expression aged 17 years, intended as a “re-creation of the legendary rum crafted by J. Wray & Nephew in the 1940s” that “inspired the bartending world.” No specific mention of Trader Vic Bergeron or his most famous creation, the 1944 Mai Tai, but we all know what they’re hinting at.

I’ve often wondered why Appleton didn’t try to tap into the nostalgia of Mai Tai fans worldwide and release a 17 year expression to match the Wray & Nephew rum used in the original Mai Tai. After rebranding their standard issue product line in 2020 and issuing mainstream and widely available 15 year and 21 year old expressions last year, plans for the 17 year expression are now public. Thanks to Cocktail Wonk Matt Pietrek for sharing the TTB filing. 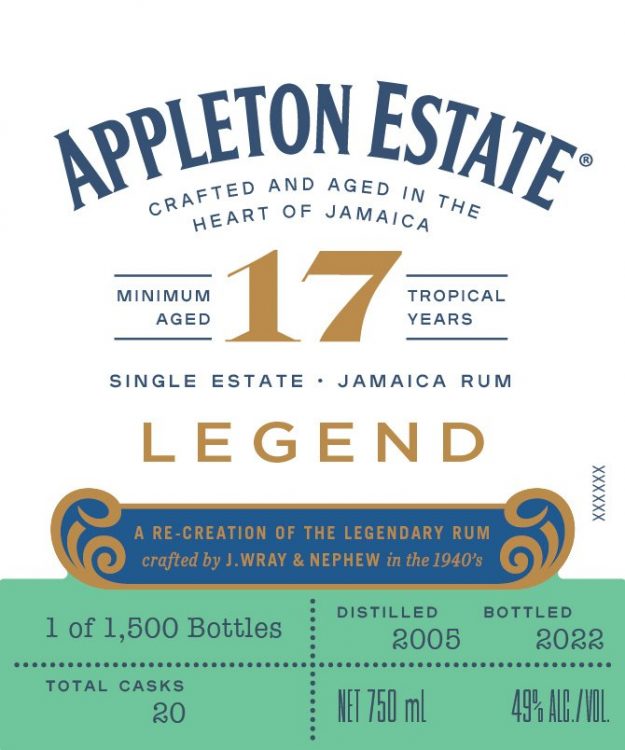 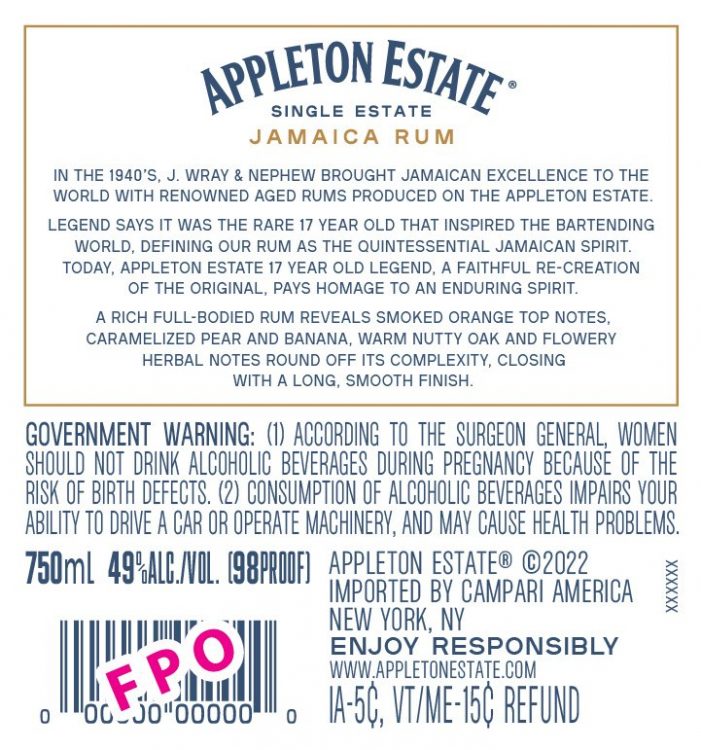 Since this is a 750ml bottle, this is most likely the allocation for the United States. No specific details are shown regarding the blend, and “100% Pot Still” is not indicated on the bottle as you’d expect if it were so.

But, surely the pot still component is greater in this expression than it is for Appleton’s mainstream rum products, if this is to be a “faithful re-creation of the original.” Having tried the very limited release of the 25 year old Appleton 1995 that’s 100% Pot Still I can tell you that those Appleton pot stills are quite effective at producing amazing distillate, and makes an amazing Mai Tai.