So pleased to attend a fabulous event last night at Forbidden Island, where there was a silent auction to raise money for Universal Aid for Children of Ukraine. The event was organized by Jenny and Chad Martens and included a host of items donated by members of the community as well as a few local businesses.

The event ran from 6:00 – 9:00 and also included a special cocktail called the Molokai Molotov also sending proceeds to the charity. The cocktail represented Ukraine’s blue and yellow colors, and featured two layers. Yellow layer: Lemon, Pineapple, Cruzan Light Rum, Simple Syrup. Blue layer: Giffard Blue Curacao, Rum Fire Overproof Jamaican rum. Each layer was fantastic and put together was even better. Like a Blue Hawaii but with extra oomph from the Rum Fire. I loved it. 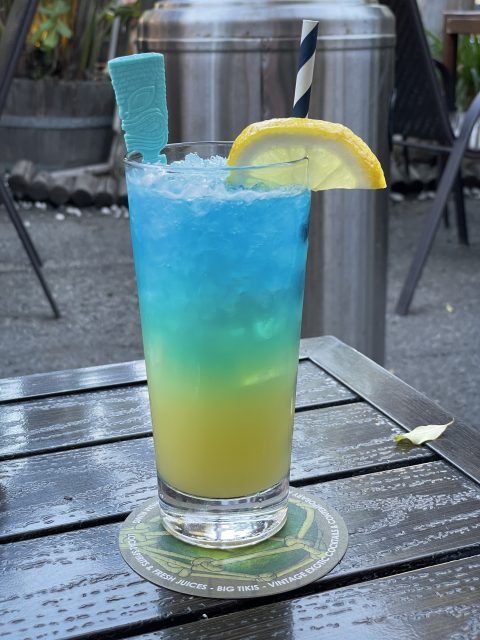 The event raised thousands of dollars. I walked away with a bottle of the Trader Vic’s Royal Amber Rum (donated by Trader Vic’s), and a couple books including the hard-to-find 2nd edition of James Teitelbaum’s seminal Tiki Road Trip. Mrs. Mai Tai walked away with the cute tiki pillow.

Such as great event and very well-attended. Thank you to the entire Forbidden Island crew for helping with the event and the speedy service on such a busy night. Everyone did a great job. 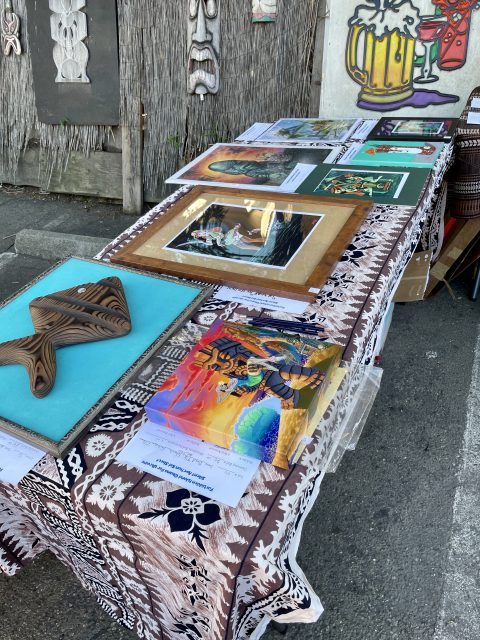 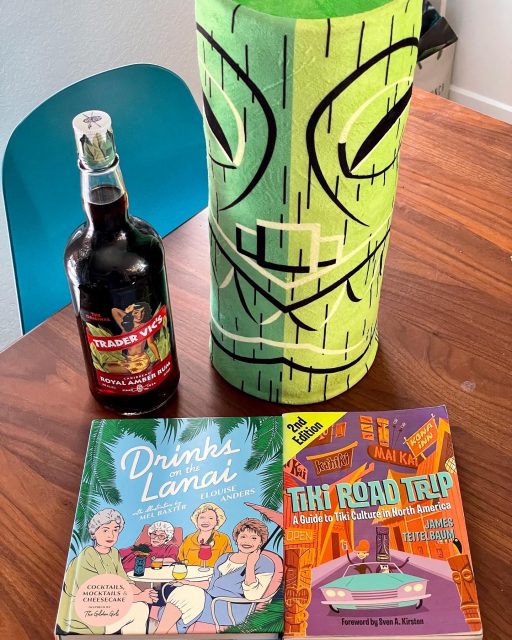