I was in the city yesterday near the Cove so popped in to see if they could top the amazing Mai Tai I had at Trader Sam’s made with Appleton Reserve and Hamilton Pot Still Blonde.

As you can see from the photo, what was pulled was the Pot Still Gold, not the Blonde. In this respect, I can’t blame the barback who retrieved the bottle because I’ve done the same thing before at home and in stores since all the Hamilton rums have the same label and in this case the Gold doesn’t look “gold” at all. It’s exactly the same color as the Blonde (if anything, the Blonde is shade darker). 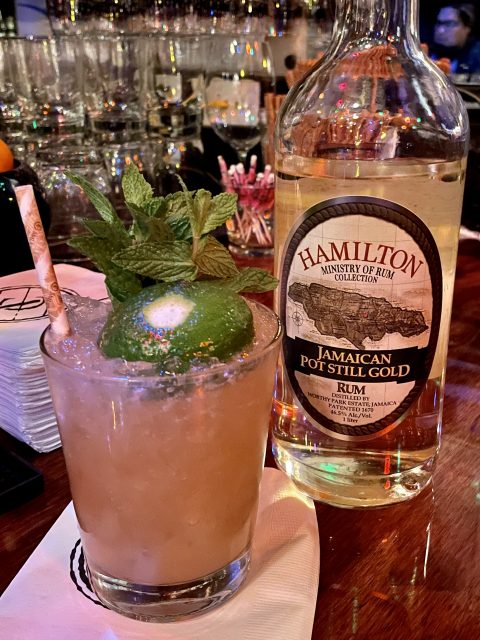 Of course the Smuggler’s Cove Mai Tai was excellent, but I would say there’s something about that Hamilton Pot Still Blonde that really amplifies the Mai Tai. I hadn’t really considered that rum for a Mai Tai blend but it has a little extra oomph in the cocktail. The Gold is no slouch but seems to be missing something. The Blonde has some additional aging and no coloring.

Sunday night at the Smuggler’s Cove was quite relaxing and was easy to strike up a conversation with bartender Steven Liles who entertained us with some stories.