I moved past plastic straws at home quite a while ago and have felt that Hay Straws were better than paper or glass or metal. I’d tried pasta straws at Trader Vic’s and found them okay, though fatter than I prefer and definitely the kind that can break apart if left in the drink for too long.

Enter imPASTA straws (“imposter” – get it?), who provided the box for review. This retails for $9 for a box of 45 7½” straws. Quite solid. They’re definitely not easily breakable like the hay straws. And the radius for these straws is noticeable smaller than those big fat ones at I’d used previously. 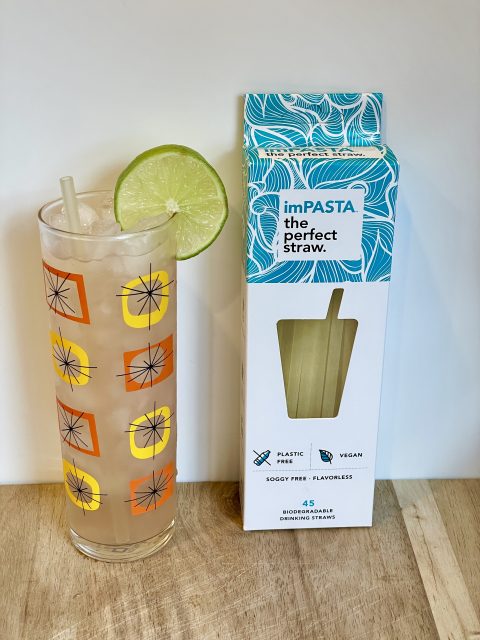 The true test would be how long these last in the cocktail, so I made up a tall Margarita and outfitted it with plenty of crushed ice.

Gotta say, I was very impressed with imPASTA straws.

I would prefer these be closer to 8″, to work better in tall Collins/Zombie glasses. And you know I’d like to see a short 5½” version for Mai Tais and other Double Rocks cocktails. But for an initial product offering, imPASTA is on the right track. 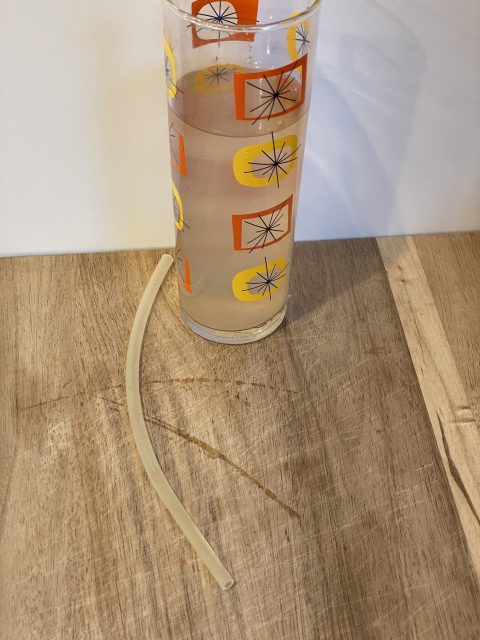