I was gifted this from some fellow tikiphiles and it’s totally cool. It pays homage to the Indiana Jones franchise including the Mara-glyphics from the Indiana Jones Adventure attraction at Disneyland. Who’s that holding the cocktail? Why that’s Mola Ram from Temple of Doom, the priest who would performs human sacrifices for the goddess Kali. In the movie people were forced to drink the Blood of Kali Ma, a potion that brainwashed people to make the devout followers. If only getting more Instagram followers was so easy.

The pin is really large and the glyphics on the front have the recipe for the 1944 Mai Tai. On the back of the card, there’s a recipe for the Kali Mai Tai, a twist on the original recipe feature Asian rum, Blood Orange Juice, and Blood Orange Cordial.

The back of the pin features a decoder wheel so you can translate the recipe and the secret message (which I won’t spoil in the post). The decoder is great, though I found that using the Disneyland App was faster: go to Adventureland and choose the Indiana Jones ride and there is a glyphics decoder.

As for the cocktail, it is wonderful. Especially if you pair it with appropriate glassware such this one from Last Rites in San Francisco. I liked the tangy blood orange twist on the Mai Tai. I used the Liber and Co. Blood Orange Cordial. Give it a try!

The pin is available from @junglecruiserusso. So well done. 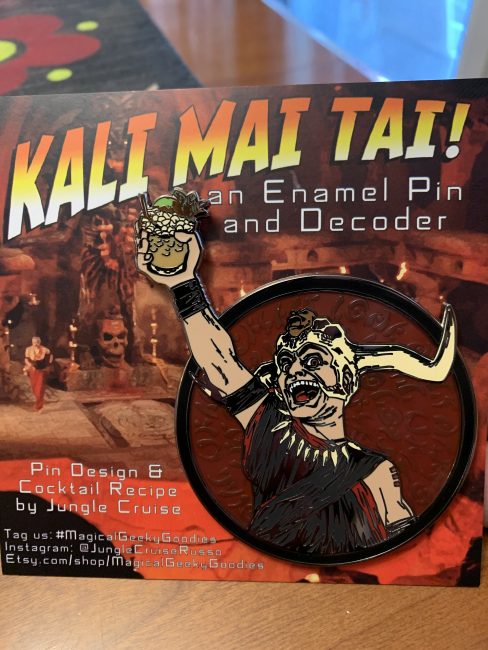 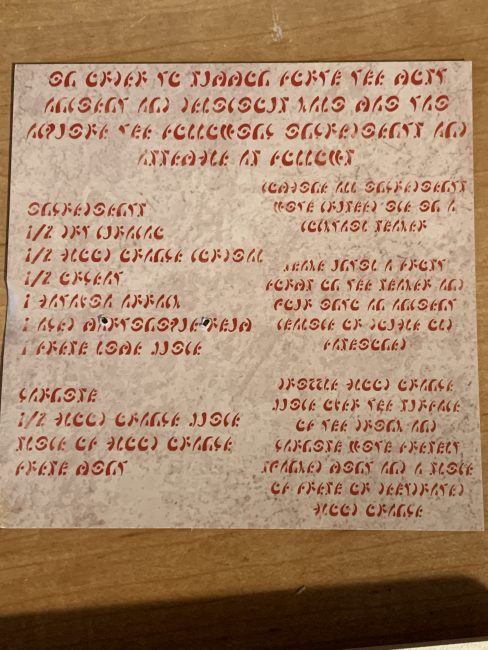 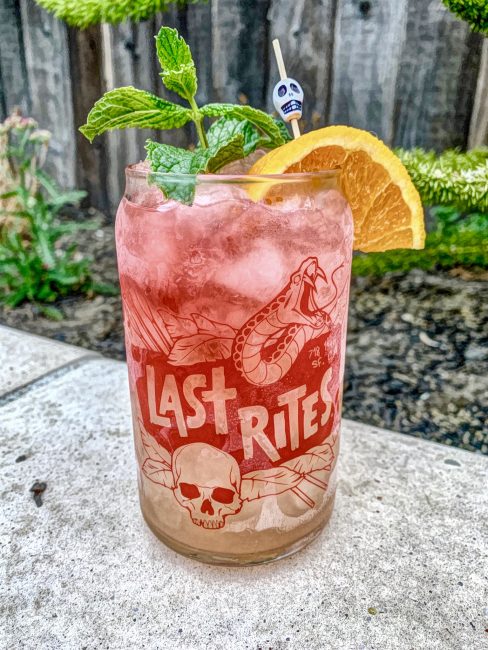