June 30 is a perfect time to highlight my Top 10 Mai Tais of 2020 (so far). My own homemade Mai Tais not included (with one exception). However you can celebrate, give a toast to The Trader today.

1) The last Ultimate Mai Tai from Terry Six at The Kon-Tiki
No bartender has made me a better Mai Tai than Terry.

2) Take Out 1944 Mai Tai from Trader Vic’s
It was so great to have a wonderful take-home Mai Tai. Gave me hope for lockdown.

3) 1944 Mai Tai with Appleton 12 at Trader Sam’s
Bartenders at Sam’s are always willing to go a bit off-menu.

4) Smuggler’s Cove
I landed here in February sort of by accident but it worked out perfect when I had a great Mai Tai.

5) Buz-Tai from Hula Hoops
Another take-out Mai Tai that was amazing. Bold variant.

8) Grand Mai Tai
Pretty much a ’44 with the dark rum presented as a float. Good stuff from the Craftman’s hotel bar at Disneyland.

9) Blue Hawai-Tai
My own Blue Hawaii/Mai Tai riff that got press in Exotica Moderne and seemed to make fans worldwide. 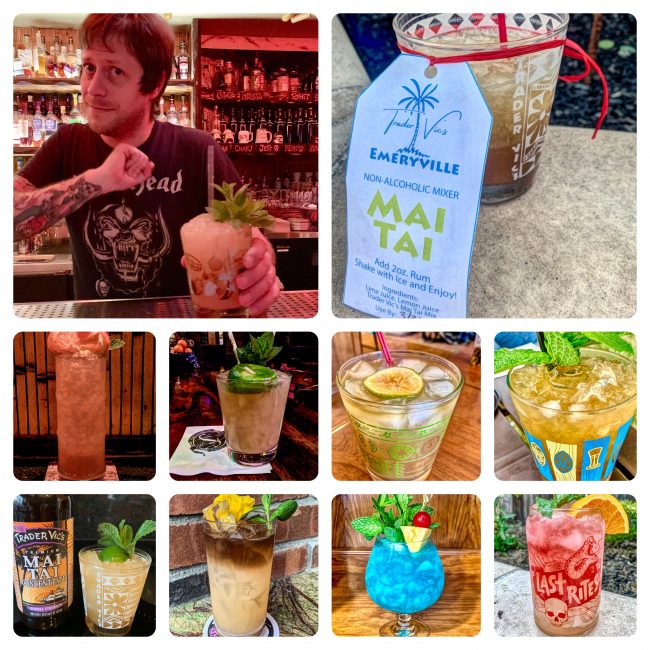