The iconic Mai Tai at the Royal Hawaiian Hotel in Waikiki was introduced by Trader Vic Bergeron in 1953. During the 1950s the reputation for this cocktail built such a following that it was described as the “top tourist tantalizer” in 1959. But the Mai Tai you get today at the Royal Hawaiian differs considerably, since it uses the Pineapple Juice and Orange Juice commonly seen in Island-style Mai Tais.

The earliest known recipe for the Royal Hawaiian Mai Tai comes via a letter written to a customer by Trader Vic himself. This is still substantially similar to the original 1944 recipe, though with different proportion of sweeteners and notably using both a Dark Jamaican rum and also a light rum. It is light and refreshing and a good dark Jamaican rum does punch through in this recipe. Try Worthy Park 109.

The use of Pineapple Juice became common in Mai Tais in Hawaii starting in the 1960s, but The Royal Hawaiian seems to be a late convert. There’s a published recipe from their sister hotel The Moana Surfrider in 1968 that’s substantially similar to the 1956 version. However, there must have been pressure to include Pineapple Juice from many tourists.

This recipe comes from Drinks of Hawaii, 2nd Ed. 1972, by Paul B. Dick. The entry describes this is “now being used by the Sheraton” implying a recent change. The recipe included in the book did not specify an exact amount of Pineapple or Orange Juice except to say that they should be used in equal parts. The recipe is notable in that it describes using 3 ounces of rum, including two flavorful dark rums. But a rum float is not specified.

This recipe was later used in many books by Jeff “Beachbum” Berry, who designated 1 oz each for the Pineapple and Orange Juice. This seems like the correct choice, keeping the balance with the other ingredients. 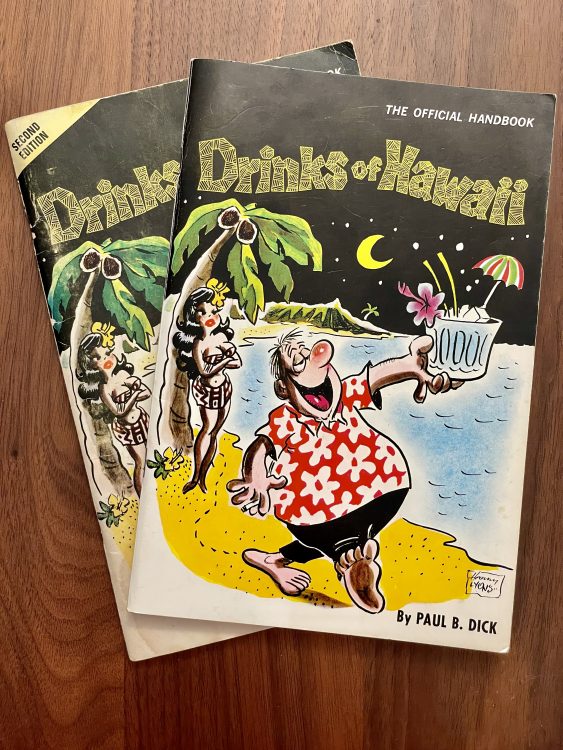 This devolved “secret recipe” was published on the Royal Hawaiian’s website, and includes some curious ingredients. The use of almond-flavored Amaretto liqueur in place of Orgeat syrup is sadly not uncommon in Mai Tais. Amaretto is fine elsewhere but doesn’t add the right flavors or body to the cocktail like Orgeat does. The use of Cherry Vanilla Puree, even in a small amount, is also a noteworthy head-scratcher.

In mid-2022, the Royal Hawaiian updated their website to include this updated “secret recipe” and thankfully it’s much more of a standard Island Mai Tai. It is nice to see Orgeat coming back, though I don’t find Old Lahaina rum to be particularly good. Nonetheless, I did very much enjoy the cocktail in June 2022 when I sat looking out at Diamond Head. 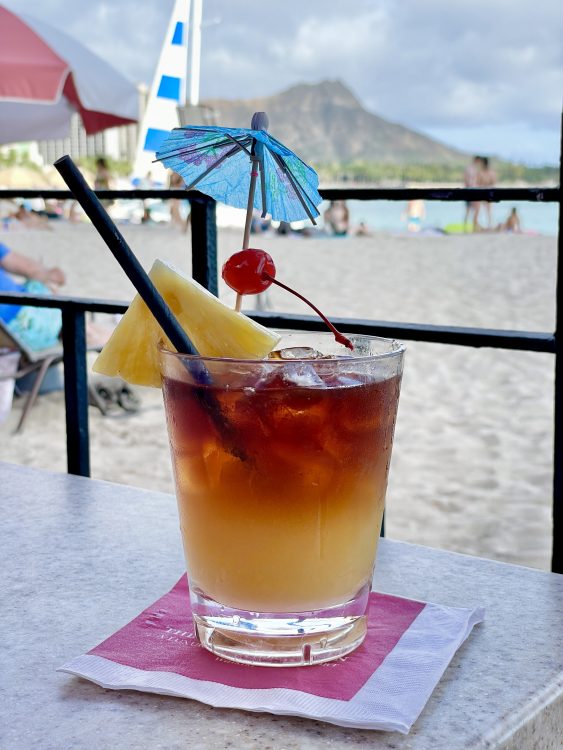