This is the rum we crack open for a pour of at home on Black Tot Day, the day when the Royal Navy stopped issuing rum rations in 1970.

I love Navy Rum, including the original rum from the 1960s that I’ve been fortunate to try a couple times. I also have several delicious rums that follow the tradition, such as Pussers, Wood’s, and Skipper Rum. These rums are exclusively Demerara rum from Guyana, so aren’t the blend of rums that were poured into large vats in London before being issued to the ships. But they do have a lot of the same character.

But those aren’t as amazing and special as this one from Black Tot Rum. They have yearly limited releases such as this 50th Anniversary release from 2020 that is a blend of rums from Guyana, Barbados, Trinidad, and Jamaica. Plus .5% of original Navy Rum. Bottled at navy strength, obviously, at 54.5% ABV. I won’t be watering it down like they did on the ships. 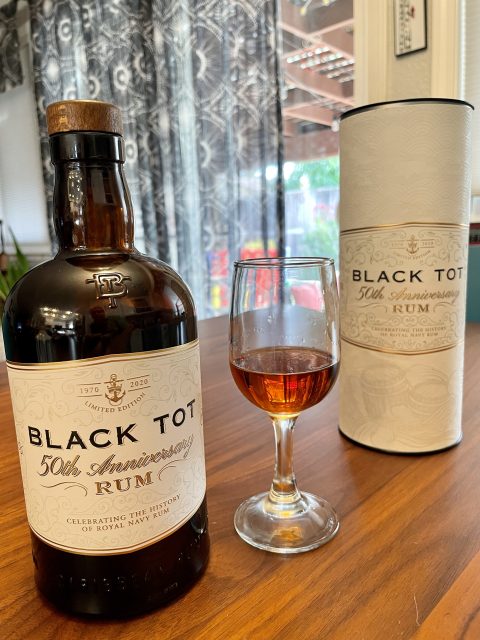