My last cocktail comparison between White Grapefruit juice and Rudy Red juice is a Zombie. For the comparison I decided to use the recipe on the bottle of the Beachbum Berry Zombie Blend from Hamilton Rum since this uses a bit more grapefruit juice than the original 1934 recipe (and significantly less rum, useful since I wasn’t going to drink two full Zombies). The Zombie Blend is pretty great and this does make a very good Zombie. 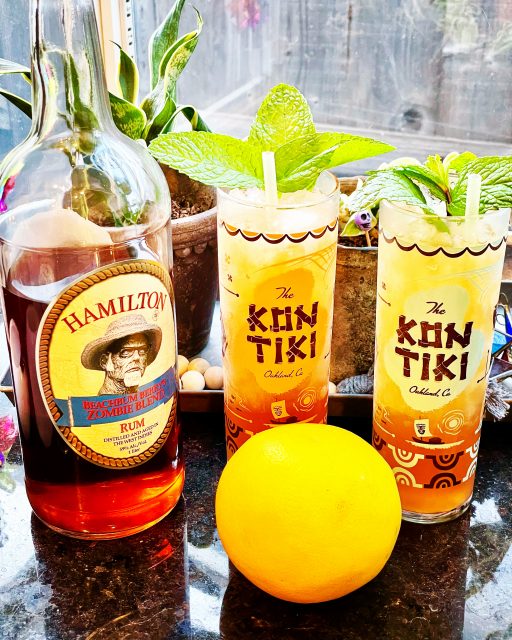 Unfortunately, from a grapefruit juice comparison the two Zombies tasted nearly identical. I was getting slightly more cinnamon notes from the Ruby version, which might be due to the juice being sweeter and with a lighter body. Or I could simply have measured an ever so slightly different half ounce in the cocktail. I’m pretty sensitive to the cinnamon flavor, and in fact went a little light on the measurement. I compensated by adding an equivalently higher amount of Falernum.

Thanks to @vonschiltach for the white grapefruits for testing.