I’ll further note that the Mai Tais at Smuggler’s Cove have all been excellent this year. Not “fine” or “good”, but really excellent. They truly deserve to be on our list of Top 5 Mai Tais served anywhere.

When Smuggler’s Cove reopened they had a special rum flight available to pay tribute to our friend Alex Fritch who was tragically killed in May. The rums included in the flight were the five rums Alex chose as part of our 5 Bottle Rum Challenge video recorded in January: Doorly’s 12, English Harbour Single Barrel, Plantation 3 Star, Smith & Cross, and Black Tot 50th Anniversary. The flight demonstrated Alex’s appreciation for different styles of rum, with proceeds going to Alex’s family. 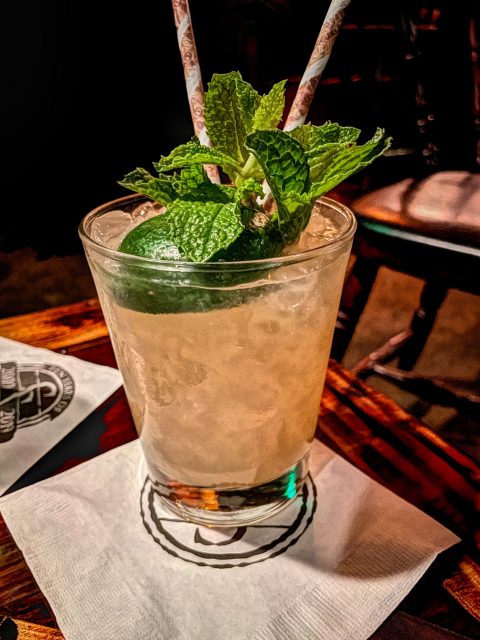 After I tried the flight I asked the Cove team for Mai Tai made with four of the five rums (since four is easier to measure and omitting the really expensive Black Tot rum made this more affordable). There was still a bit of an upcharge from the standard-issue SC Mai Tai but it was totally worth it. The great Smuggler’s Cove Mai Tai base combined with rums selected by Alex himself made this one the most special Mai Tai of the year. Rest in Peace, brother.