I wanted to switch it up a little at Trader Vic’s, so I tried to replicate the old rum blend of aged Jamaican rum and Martinique rum. At various points starting in the late 1950s all the way to the early 2000s, Trader Vic’s called for the use of Rhum St. James to be paired with a long-aged Jamaican rum.

I didn’t see St. James on the shelf, but Clement VSOP seemed like a great substitute. For the Jamaican I used the old standby, Appleton 12.

Definitely not the standard-issue Vic’s Mai Tai. The agricole made this taste a bit more dry, and a tad lighter on the tongue. Pretty different but still great. 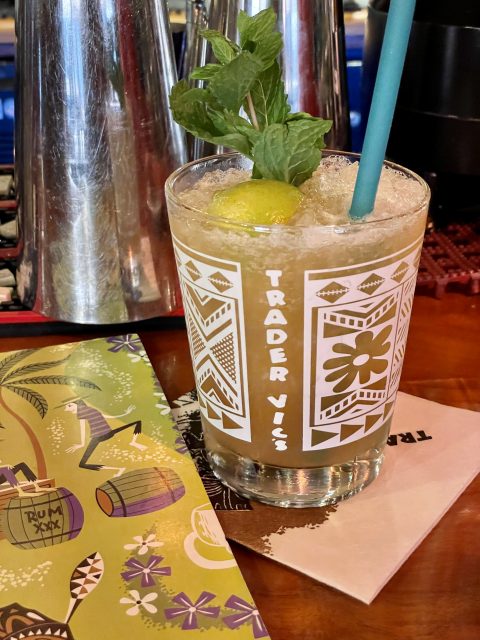