Mrs Mai Tai and I were in the city last week celebrating our anniversary including dinner at Absinthe. We arrived early enough and visited Smuggler’s Cove nearby for some before-dinner-drinks. Very nice to sit at the bar and watch the amazing bartending skills of Steven Liles who treated us so well.

With so many highest quality cocktails at the Cove, I really should try something new, but damn if I can’t not get the Mai Tai. Still one of the best I’ve ever tried, so I had to have one. 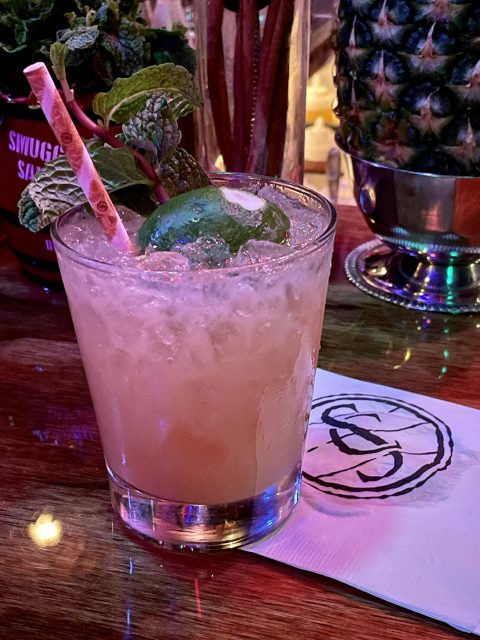 Notable for me in comparison to some Mai Tais I’ve had elsewhere recently was how much I appreciate the rich and funky flavor of the Denizen Merchant’s Reserve rum that’s used in the SC Mai Tai. While not overpowering, this rum does punch through a bit more than the rum blends I’ve had recently, and in my opinion provides a more flavorful cocktail that is so much better.

Though, given the type of bar that Smuggler’s Cove is they can and should do different things than a bar in the suburbs and being patronized by a broader crowd that are tiki newbies or more into wine than cocktails.

Every year we track the Top 10 Mai Tais we’ve had over the past 12 months. I don’t want to spoil the countdown, but it is now a foregone conclusion that the Cove is going to be represented well. Very, very well.