I finally picked up Trader Vic’s iconic Suffering Bastard mug, aka Mai Tai Joe. They threw this in for free on a recent promotional offer, so it pays to get onto Trader Vic’s mailing list.

Earlier this year I purchased the entire line of minified Trader Vic’s mugs, including a tiny Mai Tai Joe. In either format, this is an iconic mug. 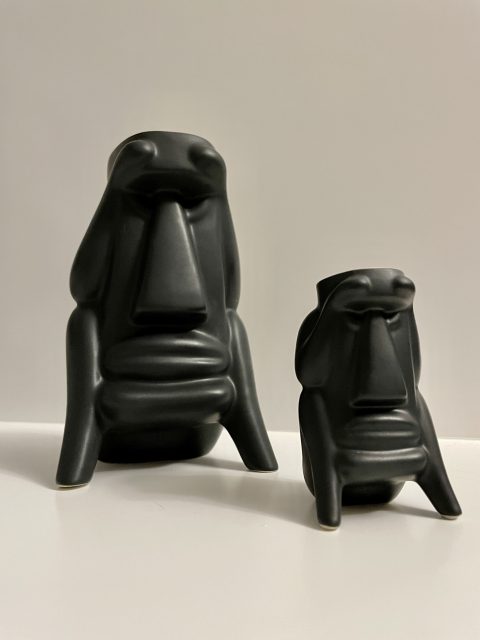 The Trader Vic’s Suffering Bastard cocktail is different from the historical cocktail created by Joe Scialom in Cairo during WWII. It is basically a boozier version of the Mai Tai, but garnished with a cucumber peel. 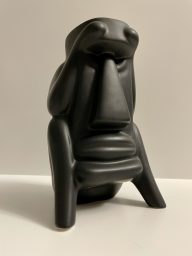 This is from the 1972 Trader Vic’s Bartender’s Guide and the Trader Vic’s Rum Cookery and Drinkery (1974). Contemporaneous Mai Tai recipes called for 2 ounces of Mai Tai Mix with 2 ounces of Trader Vic’s Mai Tai rum. Which is to say that if you made a Suffering Bastard from scratch you’d just use more of the lime, orgeat, curaçao, and sugar, and then just use three ounces of rum rather than two.

This is the recipe in the Trader Vic’s Tiki Party book. Once again you basically have a Mai Tai made one-third larger, though this time it calls for more traditional Dark and Silver rums.