Found this 1963 tome at an antique store. This seems like a tween novel version of one of Annette’s movies (at one point she even breaks out in song, I’m not kidding). The plot involves Annette and her blonde friend Babs who “borrow” a small ship from their boyfriends Rod and Neil and then crash the ship on rocks in Smuggler’s Cove. There are subplots involving the planning and execution of Annette’s big Luau party and a stolen painting that has connections to exiles of a Central American country. 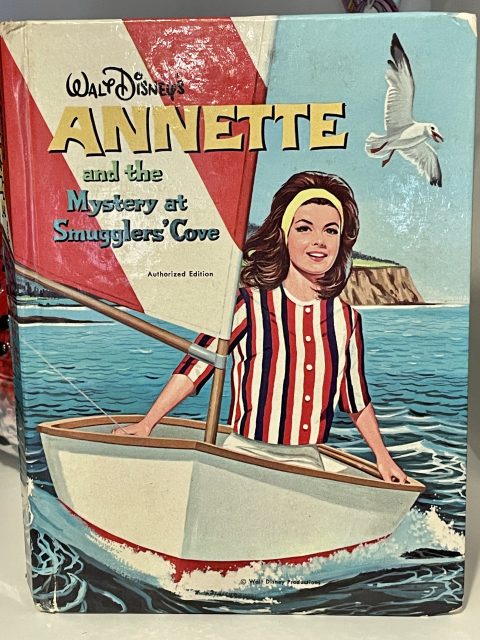 Smuggler’s Cove is described as a local Southern California cove where “rum-runners had a shack there during the prohibition era many years ago. The palm trees had been a landmark.” It is far less exotic than the title of the book suggests. There’s a Spanish-speaking family living nearby that help Annette and Babs after they crash land, but (spoiler alert!) are also connected to the exiles. 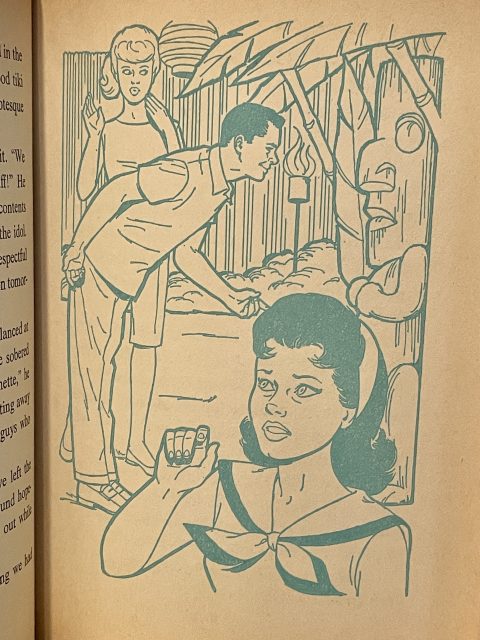