As with the Wiki Wiki mix, you bring Lime juice and Rum to the party, though Trader Vic’s does recommend 1 oz. of Gold Rum and 1 oz. of Dark Rum rather than light rum recommended by Latitude 29. The Trader Vic’s Mai Tai Concentrate has been in heavy use at Trader Vic’s restaurants for years, so it’s familiar to many customers. 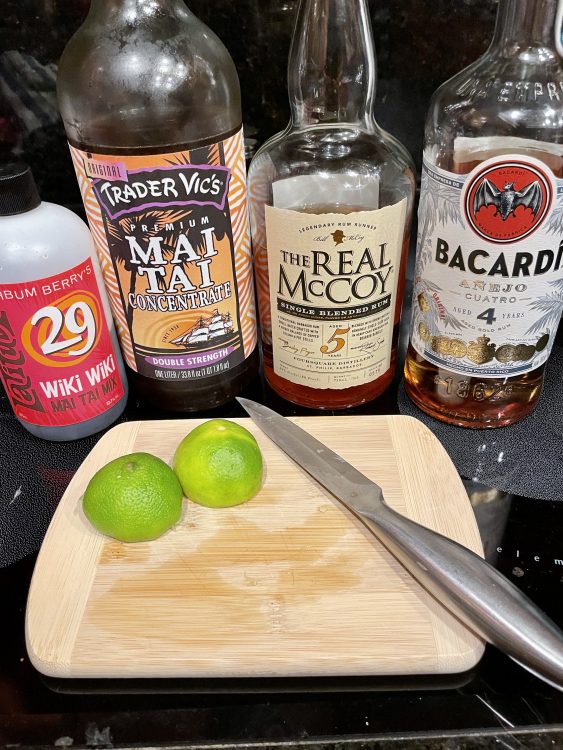 There are three main points of comparison between the Trader Vic’s and Latitude 29 Mai Tai mixes.

The Mai Tai Concentrate is just $10 for 1 liter bottle, while the Latitude 29 is $18 for a smaller 375 ml bottle. Both Trader Vic’s and Orgeat Works are pricey on shipping.

One of our local reviewers compared the two mixes with Real McCoy 3, a lightly aged Barbados Rum. They said that Trader Vic’s taste popped a bit more than the more subtle Latitude 29 flavor, so a slight edge to the Concentrate.

My own comparison test found that both products taste similar. There’s more of an orange flavor from Latitude 29, and more of an almond sweetness to Trader Vic’s. Basically a draw. 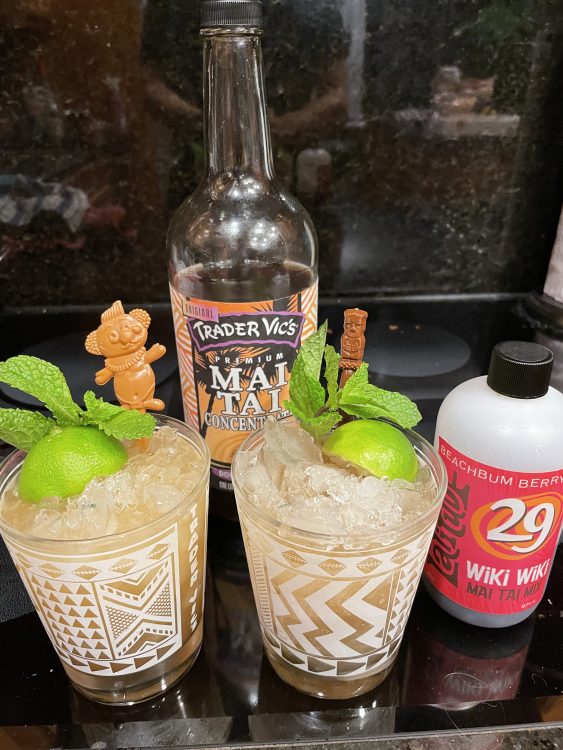 One of our local reviewers expressed confusion over the market for the Wiki Wiki Mai Tai Mix, noting that if you were able to order it you’d be able to order some excellent Orgeat varieties from Orgeat Works — which would seem to render the idea of a Mai Tai Mix useless. This reviewer noted that the problem most “lazy” home bartenders have is obtaining and using Orgeat and Fresh Lime. On this point I tend to agree, though Orgeat Works’ Adam Kolesar noted that vacation scenarios might provide a suitable use for this product.

If you’re bringing Rum and fresh Lime to the party, it’s not too hard to get Orgeat and Orange Curacao. A Mai Tai Mix that can include the Lime component would be even more suitable to vacations and “lazy bartender” scenarios, but none of the “just add rum” Mai Tai mixes are particularly good.

Still, Beachbum Berry’s Latitude 29 Wiki Wiki Mai Tai Mix is a strong entrant into the market. We wish the distribution for the Orgeat Works products was more widely available, as we’ve enjoyed their Latitude 29 Falernum and Latitude 29 Orgeat in the past. Having the Latitude 29 Mai Tai Mix in beverage warehouse-style retail locations would present an opportunity for cocktail newbies to have a good experience making Mai Tais at home. 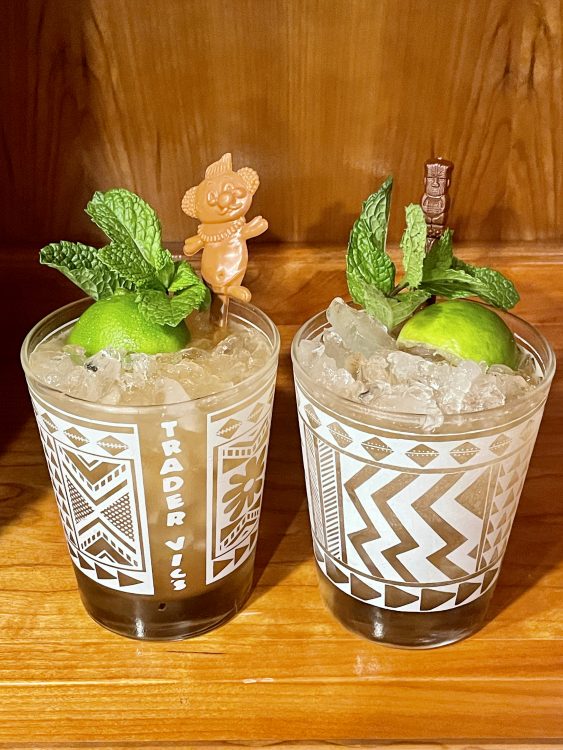 Expect the Wiki Wiki Mai Tai Mix to be listed on the Orgeat Works website shortly. In the meantime, you may order the Macadamia Nut Syrup and just write “Wiki” in the comments. www.orgeatworks.com

A review sample of Beachbum Berry’s Latitude 29 Wiki Wiki Mai Tai Mix was provided by Orgeat Works. Thanks to Julio, Alex, Sean, Brent, and Melissa for comments and contributions to this series of articles.