A relaxing Saturday afternoon on Oakland’s Piedmont Ave concluded with a visit to Kona Club. I had a round while Mrs. Mai Tai shopped nearby, and then she joined me for a second round. Service was much better than on some previous visits and we had a good experience with the cocktails. Music was a mix of mellow hip-hop and groovy dance music that was generally relaxing. But whoever put Poison’s “Talk Dirty to Me” on the playlist needs to reconsider their choice.

Mrs Mai Tai had Kona Club’s signature cocktail, the Chi-Chi. There’s a noticeable amount of Macadamia Nut liqueur here, which I think is a plus for the cocktail. I also sampled their standard-issue and quite decent Paloma, but thought the Undertow cocktail was even better. It has white rum, coconut rum, lime, passionfruit puree, orgeat, and guava. Some ingredients I don’t normally like but I have to admit it worked well.

It is too bad that the music and other aspects of Kona Club aren’t more in line with what tikiphiles prefer. As such, Kona Club relies on the patronage of locals who come in for non-tropical cocktails, beer, or shots. Literally three others ordered whiskey pours during our visit. 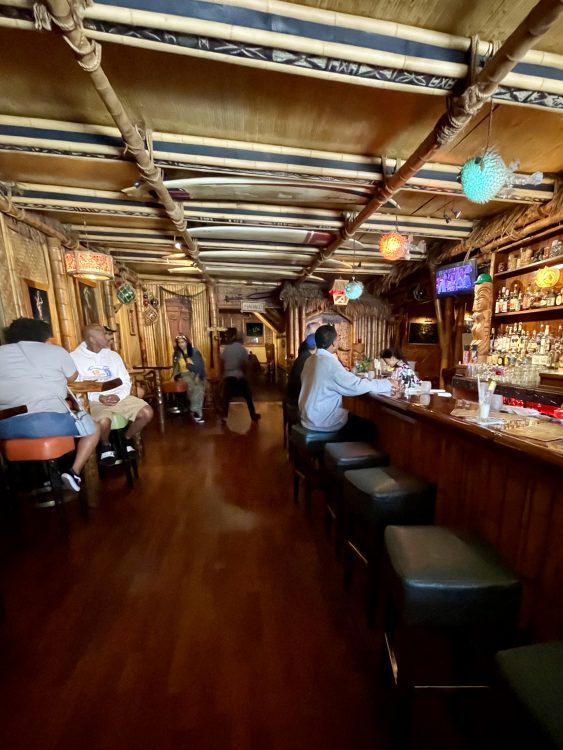