The longtime Mai Tai Bar at the Ala Moana Shopping Center went through ownership changes and is now known as Mai Tai’s. It’s a shaded but open air restaurant and bar that frequently has live music. Among the things that haven’t changed are the hemlines of the tight dresses worn by the waitresses. 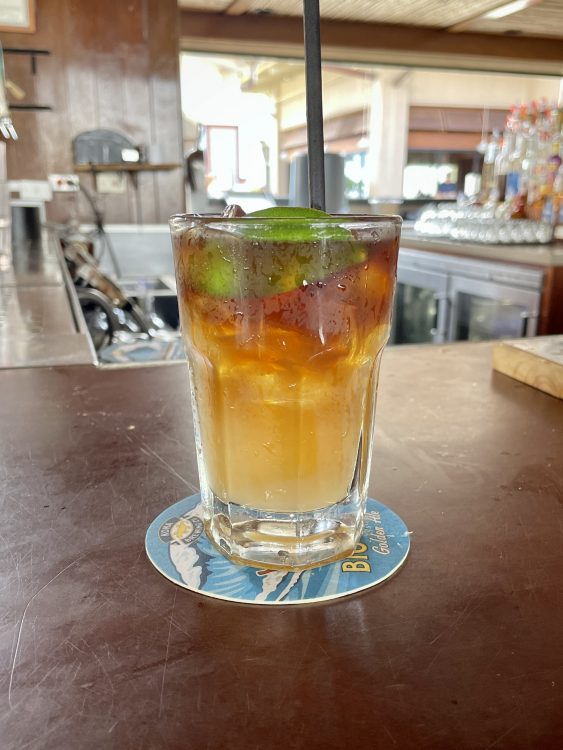 One item that’s changed is that the Mai Tai on the menu is a 1944, served with a dark rum float. It wasn’t great, though improved after mixing the float into the drink and after stirring to chill the cocktail. Nonetheless, this is a positive change in direction and it is still only $9. There’s also a Makai Tai that seems to be an Island Mai Tai made with Blue Curacao.

Our visit coincided with the start of the NBA Finals game, so the crowd was lively. Under typical circumstances this is a nice place to relax when your spouse is shopping. 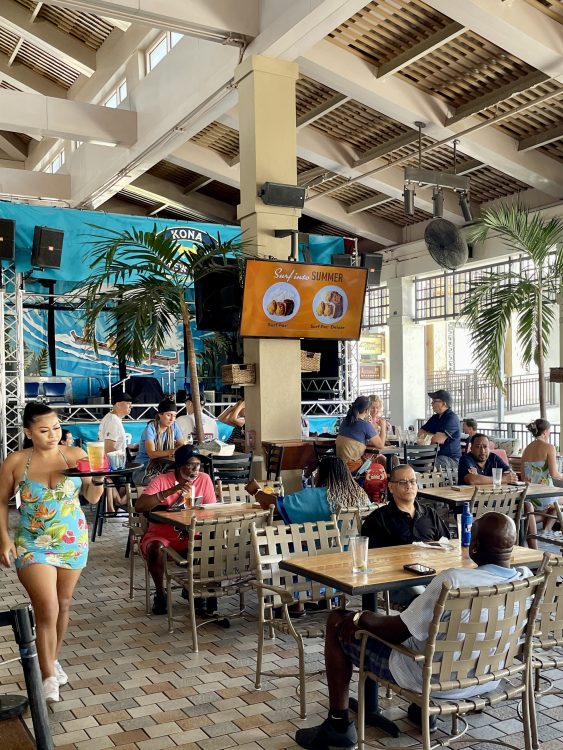