Got a bottle of this rum from an old friend and I was pleased to revisit it. For a while now my “go to” light rum has been Denizen 3 Aged White Rum, which is a blend of aged rums from Trinidad and Jamaica. I like that it tastes like rum and not vodka (unlike many of the other unaged/lightly aged rums on the market), but obviously is still clear and lighter on the palate. Great for Daiquiris and as a sub for Puerto Rican or Cuban rums when called for in recipes.

Hamilton 87 White Stache serves the same market niche, using a blend of rums from Trinidad, Guyana, and Dominican Republic. But, notably, is set at 43.5% ABV and so may add a little bit more character than 40% ABV rums. This is a pretty similar animal to the Denizen and quite good in the same sort of cocktails. As with the Denizen there is no added sugar, a trait that I find helpful especially for this style of rum.

The fact that Hamilton rum’s founder Ed Hamilton has a white mustache I’m sure is purely coincidental. 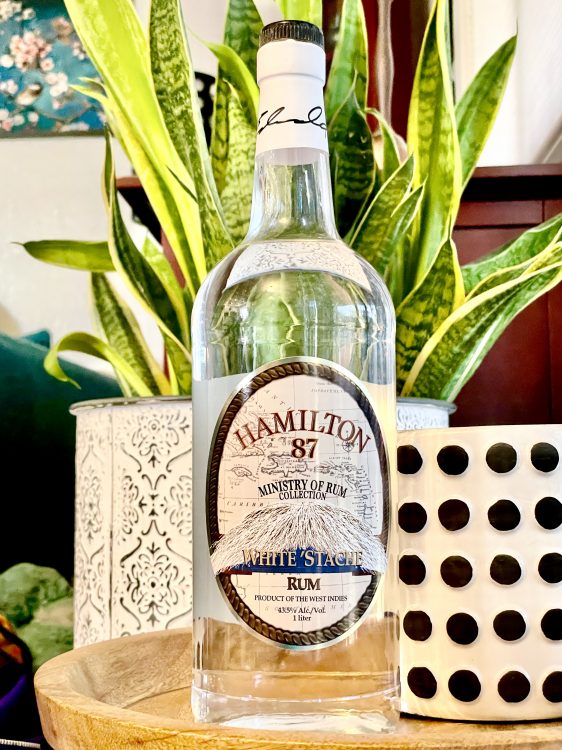