Unlike the Mai Tai which has a well-established canonical recipe, the Navy Grog does not. There’s the Don the Beachcomber version. There’s the Trader Vic’s version. There are versions that blend key ingredients from both. And then there are places that do something different. This is the Dr. Funk Navy Grog.

Still a heavy cocktail with lots of grapefruit and rum, but it does not lean into the traditional ingredients such as honey or pimento dram. Instead, Dr. Funk introduces a different set of spices including Grapefruit Bitters. It is worth trying and you might even prefer this recipe. 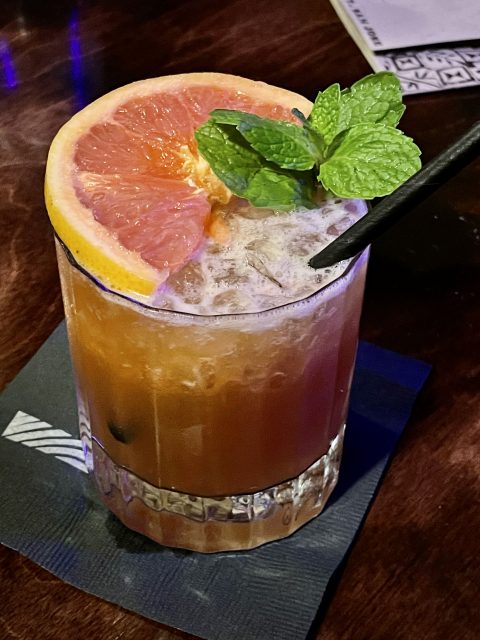