It is October, so that means that it is Zombie season at Ultimate Mai Tai HQ.

Tonight we took a run at tweaking the Zombie (Simplified) recipe by Jeff “Beachbum” Berry in his book Beachbum Berry Remixed.

My tasting notes from the last time I made this indicated the cinnamon was too forward. I’ve also felt that Grenadine is an essential component to the Zombie, so I made an adjustment to the syrups. I used a fresh Ruby Grapefruit. 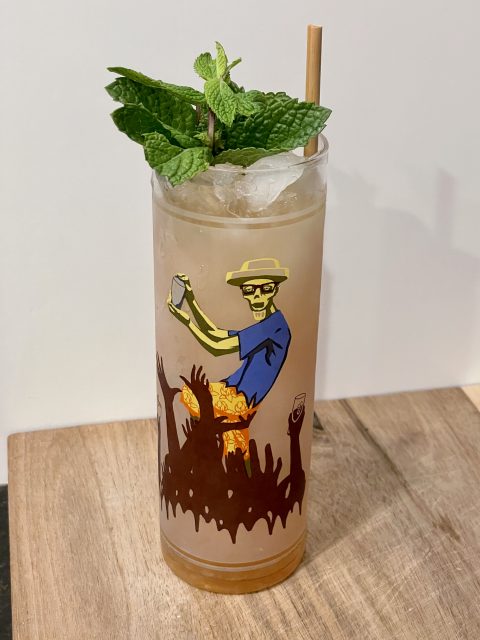 This wasn’t terrible but honestly tasted a little flat. Definitely missed the additional spice elements in the 1934 Zombie recipe.

They can’t all be winners.