I turned some work anniversary spiff money into this release from last year. I’m late to the party but this isn’t a cheap rum so I was sort of on the fence about getting it. But since I got that free gift card money from work I decided to pick up a bottle of Black Tot 50th Anniversary before it is gone. 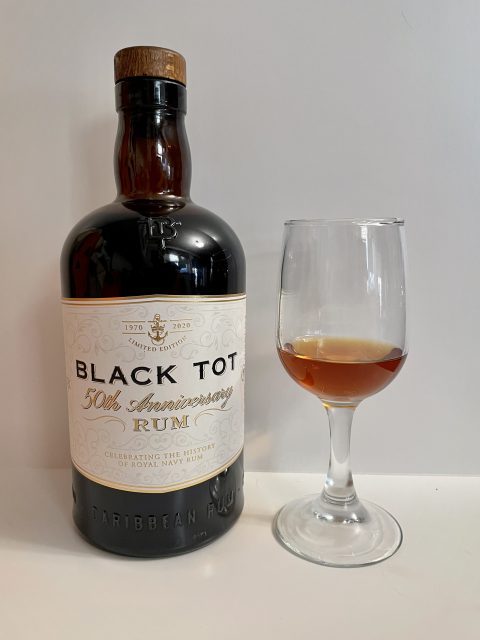 I’m a big fan of the Navy Rum style releases, and haven’t found one yet that I haven’t at least liked. I’ve also had the fortune occasion to taste some actual Royal Navy rum over the years, so I was looking forward to this release that includes a hefty .5% of pre-1970 vintage Royal Navy rum. Mostly this is a greatest hits of rums from Guyana, Barbados, Jamaica, and Trinidad across various ages and percentages. So it is a special release featuring a mix of rums I already love. It is so rich and flavorful, and very easy to drink at 54.5% ABV. Compares very favorably to the vintage Royal Navy rum.

This rum is special to me because it was the Special Occasion pick from our late friend Alex Fritch on the 5 Bottle Rum Challenge recorded earlier this year. Never got to hoist Black Tot rum with Alex this year but next year I have my bottle ready.