It is hot in Anaheim, 97•. So we bailed on the parks and took showers back at the hotel. While Mrs Mai Tai took a nap I walked over to Tangaroa Terrace for a couple cocktails. 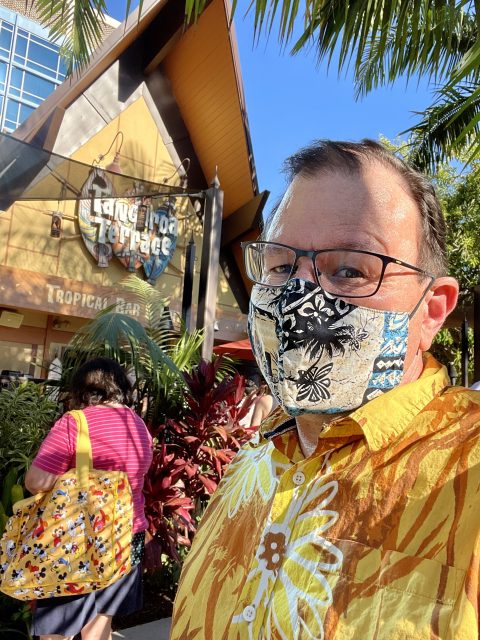 There were a couple bar seats available and I took one mostly in the shade right next to the to-go line. Very interesting to hear what people were ordering: lots of Dole Whips, with or without rum. Kudos to Skipper Joey for answering “Dark Rum” when a customer asked what kind of rum to add (Myers’s). So much better than Coconut liqueur.

I started with the Safari Swizzle, which is the Trader Sam’s version of the 151 Swizzle, made with Hamilton 151 rum. I enjoyed the mint and Ango, it’s a very nice cocktail. 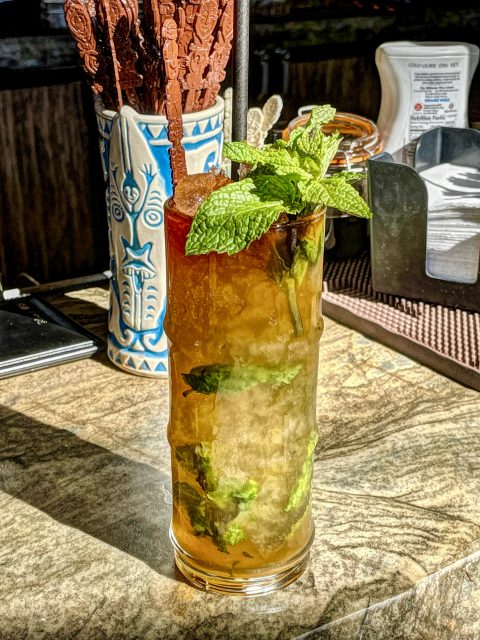 Next up was a Mai Tai (ne HippopotoMai-Tai, note the emphasis on “Mai-Tai” on the menu). Regular reader will know that I detest the use of Bacardi Superior in the Mai Tai at Trader Sam’s so I asked to sub Appleton Reserve instead. It is sooooo much better with an aged Jamaican rum to compliment the Coruba Dark Jamaican rum that is normally called for. This was a fantastic Mai Tai. 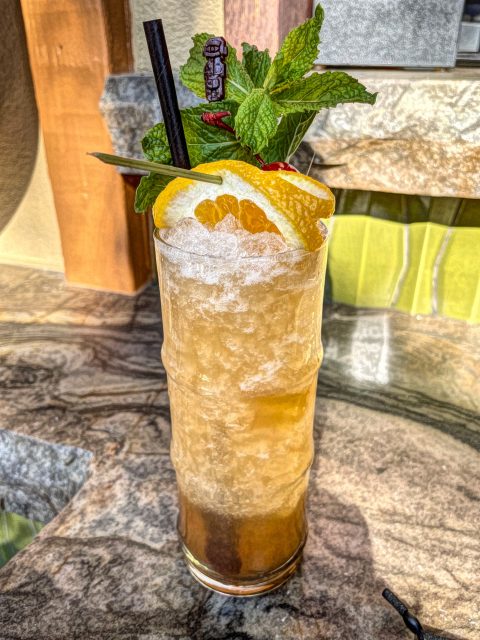 Hanging out at the Tangaroa Terrace for the afternoon was quite a delight. They have some pretty good spirits here. Thank you Skipper Joey for the great cocktails.