Elko is the largest city in northeastern Nevada and we passed by at lunchtime. We had a couple of fab sandwiches at local favorite Coffee Mug Family Restaurant in downtown Elko.

Across the street the Tiki Hut beaconed. This is obviously not “high tiki” but Mrs Mai Tai indulged me with a quick visit. Outside there is some tiki decor, but inside is what you’d expect. It’s just a pool and dive bar. 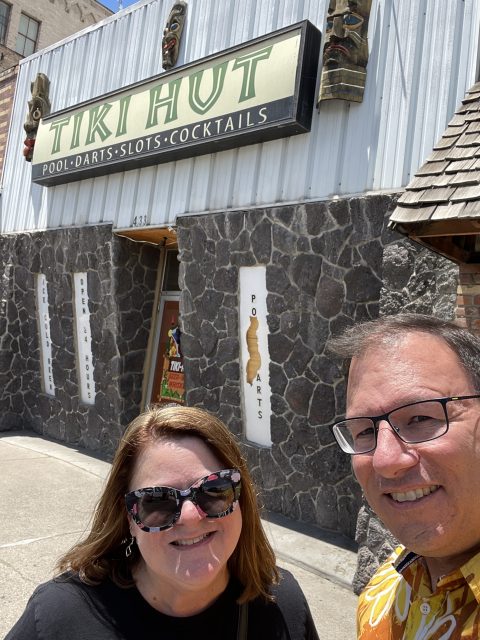 A few regulars were seated at the bar as we entered, country music playing on the jukebox. We sat on the bar lined with video poker machines, and the bartender asked what we’d like. I asked if she could make a Mai Tai.

Honesty is usually a good policy, and the bartender stated that she’d try but wasn’t sure what was in a Mai Tai, also mentioning that she just started and was new to making mixed drinks. She asked me to walk her though it, so I mentioned rum, lime, sugar, triple sec and maybe some pineapple. I knew not to ask for Orgeat and personally don’t find Amaretto to be a good sub.

Another guy came over who said he wasn’t a bartender but I’m still not sure if he was a owner or patron. He asked what kind of rum and thankfully there was a nice bottle of Bacardi 8 sitting on the shift right in front of me. He asked what kind of glass and I said a rocks glass with nice. Soon thereafter he was pouring three or four glugs the Bacardi. Definitely a heavy pour.

The Bartender came by with the triple sec and as instructed did two small glugs, followed by some bottled lime juice and then the simple syrup. Quick stir with the straw and serve. “$5.50.” 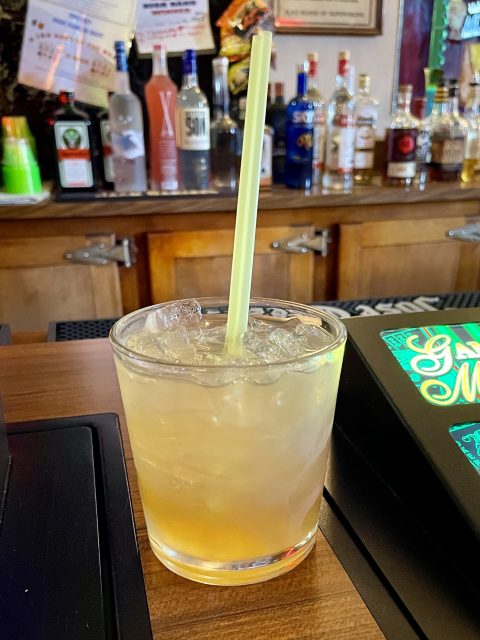 And you know what. It actually was pretty good.

And then the regulars started the joking. “I want a Hurricane!” “How about a Zombie?” But the regular paid for our drink, with our thanks. I’m sure we’ve given him a story he’ll tell plenty. As will we.

We left a four dollar tip for the bartender and exited Tiki Hut, the only tiki bar between Salt Lake City and Sacramento. 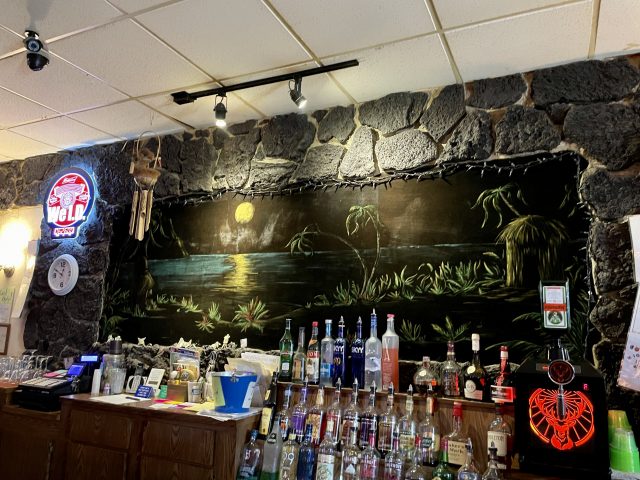 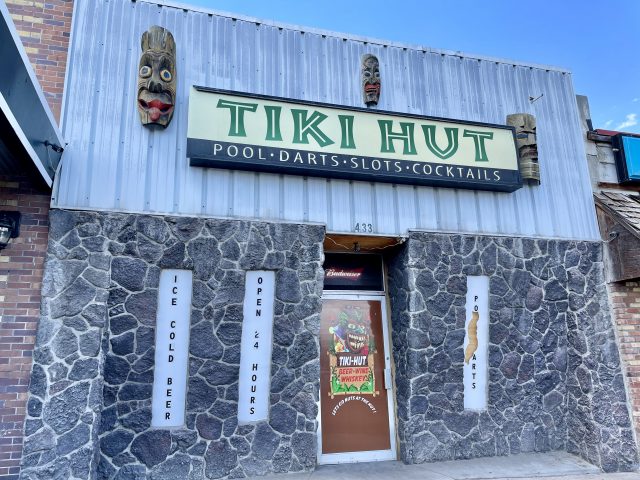