Mrs Mai Tai and I drove up to Sacramento and had what Frank the Tank called “a nice little Saturday.” We visited several antique and vintage stores including the Midway Antique Mall which is our favorite. 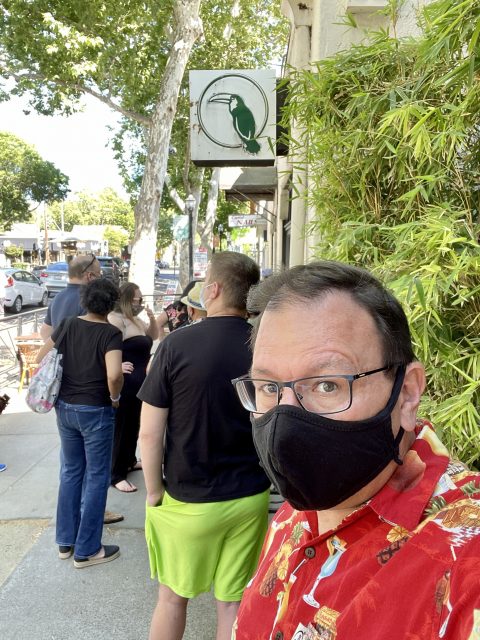 Dinner was at The Jungle Bird at opening at 4 pm (hence the line outside in the photo). The cocktails were on point as always, and in addition to my Mai Tai I decided to order a Mint Julep since it was Derby Day. Man, that Mint Julep was fantastic, so sweet and minty.

The food options at Jungle Bird seem to be more limited than they used to be. The veggie Potstickers were good, as was the Veggie Stir Fry with noodles, but Mrs Mai Tai seems to recall more veggie options in the past. I really liked the Crab Rangoons but have had very mixed experiences with their burger and pork belly sliders.

Jungle Bird still has a big patio out back which was great for us (I get my second shot tomorrow) and they have done a good job with the spacing of the indoor seating. The staff was super friendly and very quick with the service.