I took another run at the Don the Beachcomber Mai Tai Swizzle. Last time I said that I thought there was too much citrus, but I might think differently if the lighter Cuban style rum was replaced by a heavier Demerara rum.

So that’s basically what I did. I replaced the blend of Dark Jamaican and Gold Cuban rums with my Ultimate Mai Tai rum blend which includes Jamaican and Demerara rums. This time the heavier rum balanced out the citrus, though I still think going a little heavier on the Falernum would be a plus. 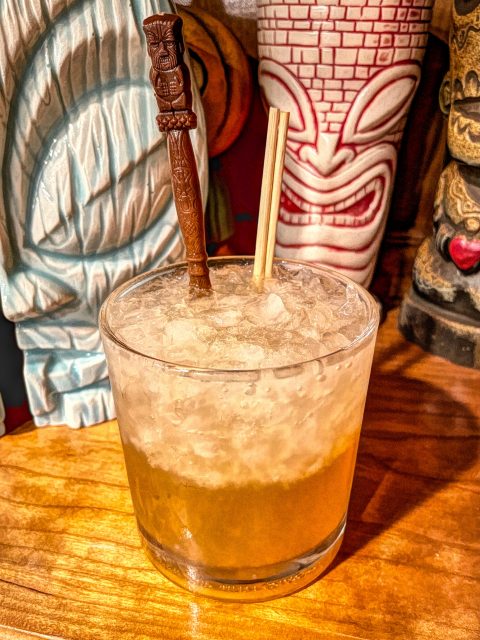