Finally made it up to the city to get some to-go cocktails from Smuggler’s Cove. The menu outside the building highlights which cocktails are available, an aid to those walking up. We had done our order via online and ahead a couple days and the reminder text alerts for the order worked great. 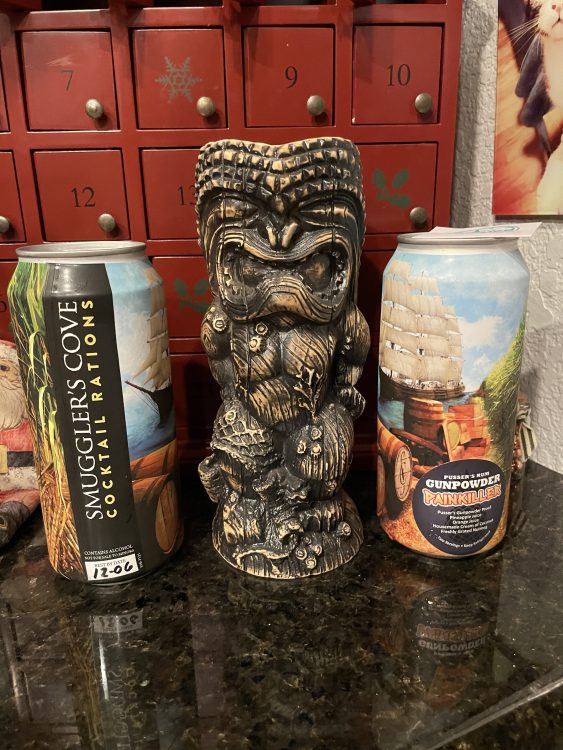 This weekend, the Cove was doing a promotion with Pusser’s Rum and the regularly available Painkiller cocktail was made with the higher ABV Pusser’s Gunpowder Proof. This was for Mrs. Mai Tai who said it was delicious and potent. And we got to take home some Pussers swag as well.

I picked up the Fog Cutter, a Trader Vic’s cocktail I’ve gotten into this year. The Cove uses Oloroso Sherry, which is different than the Cream Sherry I have at home. Pretty good cocktail, though now that I’ve tasted both I do prefer to the Cream Sherry.

Meanwhile, Mrs. Mai Tai gave the Smuggler’s Cove “meal option” a rave review. When you order cocktails to go you have to order one of two soups. Julie said that the vegan soup was outstanding, just as good as any she’d expect to get at a good restaurant. 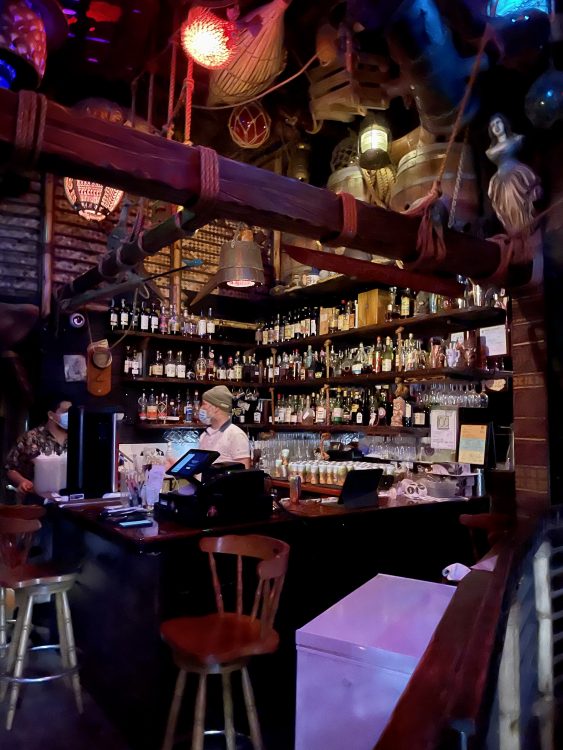