Orgeat month is ending with our last review, the craft brand Liber & Co.

This one came recommended by many Mai Tai fans. I’ve previously had and liked their Passion Fruit Syrup and Blood Orange Cordial, so I was really looking forward to this one. The milky Orgeat stays settled better than some craft Orgeat brands, and imparts a rich mouthfeel to the cocktail. 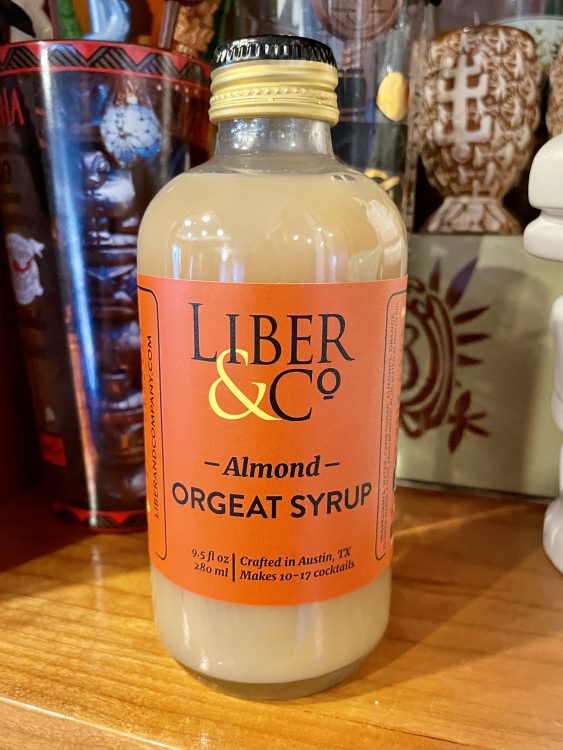 I made several cocktails with Liber’s Orgeat, including a Saturn and a standard recipe Mai Tai. I also made the Mai Tai according to the recipe on the label.

I was surprised and still not sure why, but I liked the ¾ oz Orgeat Mai Tai better than in the standard 1944 Mai Tai recipe. While Liber leans a tad more into the marzipan direction than is my preference, I do think that Liber is a good Orgeat that I can recommend. The silky liquid does a good job standing up to the other ingredients and enhancing the cocktail. 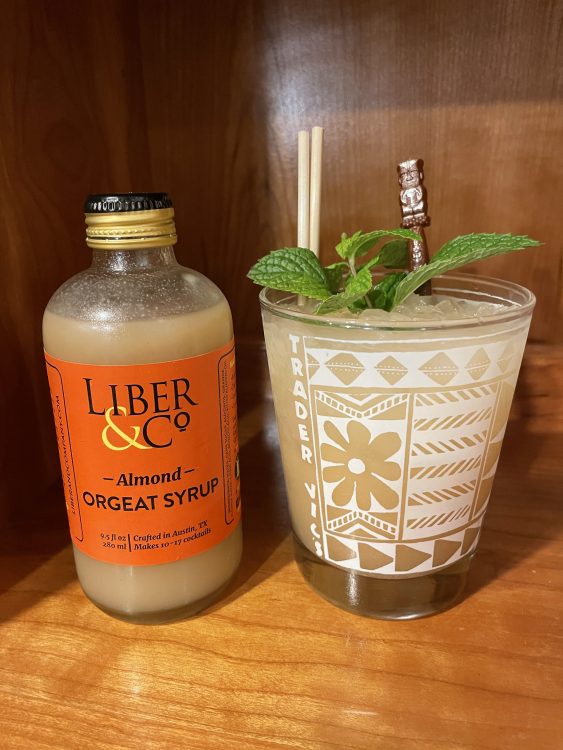