I’m sure some of you reading this might be thinking, “1947 Zombie? Your year is incorrect.” Well, friends, it is correct and it is delicious.

Behold the Zombie recipe from Victor Bergeron’s 1947 Bartender’s Guide. Trader Vic didn’t have Don the Beachcomber’s secret recipe but his Zombie is no slouch. It is boozy but very easy to drink. 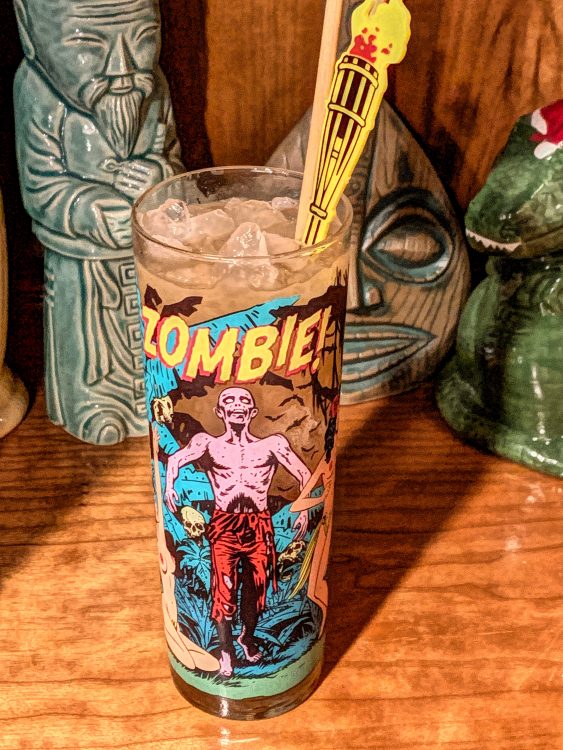 A few months ago I posed a question in a Facebook group to ask what were the seminal ingredients for a Zombie (in the same way that Orgeat is the seminal ingredient for a Mai Tai). I honestly did not get any sort of consensus answer, except for a mix of rums and maybe Cinnamon syrup. We also know that Grenadine is a key differentiator between the 1934 Zombie and a Jet Pilot.

All of which means that Trader Vic’s Zombie is probably not quite as spice-forward as those who love the 1934 Zombie are expecting. But it isn’t a terrible “guess” by Vic at what made the Don the Beachcomber Zombie world famous. The grenadine is there, along with Pernod/Herbsiant that often used in Don the Beachcomber cocktails. And, the rums are pretty much exactly as what Donn used in his various Zombie recipes.

Is it as good as a 1934 Zombie? Certainly not. But I’ll tell you that it is miles better than most Zombies I’ve had at good craft-oriented tiki bars.

Give it a try and let me know what you think. Happy Hulaween.

The glass is from last year’s kickstarter from Will Penny. 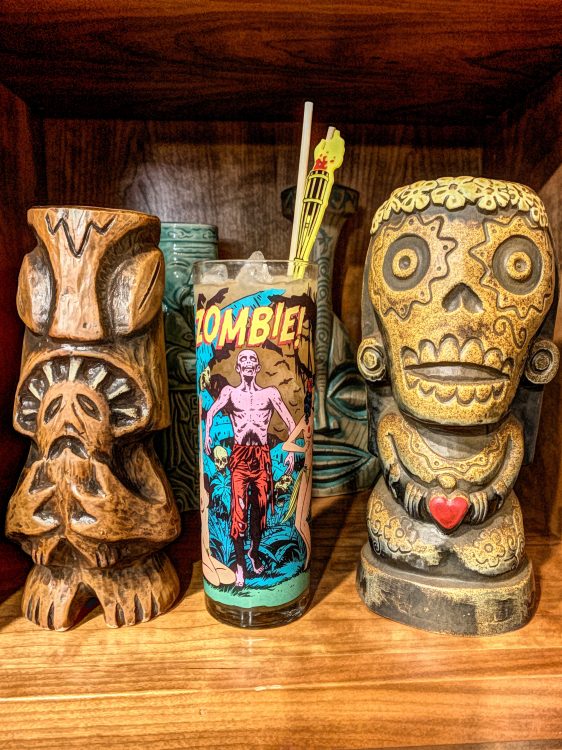 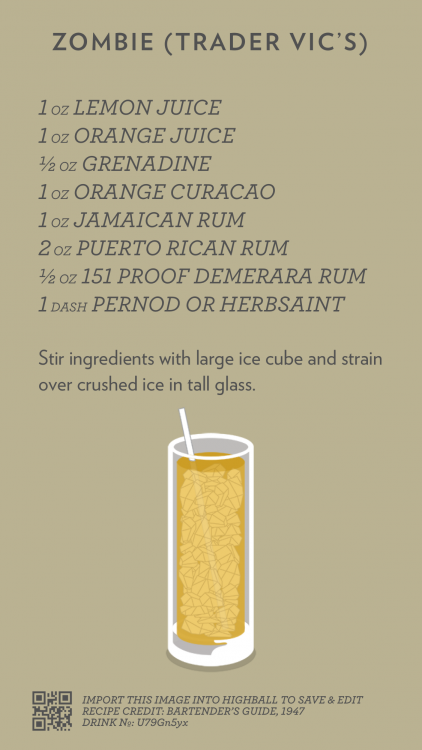