Most tikiphiles are familiar with the classic cocktails that Jeff “Beachbum” Berry brought back from the dead, finding their original recipes and sharing them with the world. The 1934 Zombie is the holy grail but there’s also Three Dots and a Dash, the Q.B. Cooler, and others. But an overlooked recipe that deserves just as much praise is the Saturn.

The Saturn was originally prepared by J. “Popo” Galsini in 1967 for the IBA World Cocktail Championship – and Popo won the darn thing. You’d think that thereafter this drink would have been world famous, but nobody was drinking these until Berry discovered it and published the recipe in his book Beachbum Berry’s Taboo Table in 2005.

Blend and pour into a Pilsner or other tall glass.

The cocktail is surprisingly refreshing. Popo was said to have tended bar in several tiki bars, so he would have been familiar with Orgeat and Falernum that were already starting to lose favor along with the rest of the classic exotic cocktail ingredients in 1967.

I personally prefer up the Orgeat to ½ ounce and then to prepare shaken with crushed ice and served up in a coupe glass. 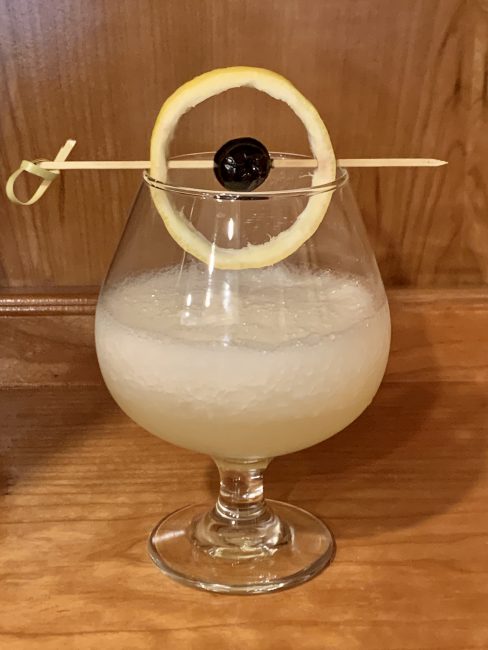