I was pleased to see the recipe was similar to mine (which perhaps prompted the message), though it used different rums. I was sworn to secrecy, so I won’t be spilling the beans, but let’s just say that I was humbled by the peek behind the curtain.

So, this is the secret benefactor Navy Grog. And I must say it was pretty damn good. Like, really really good. Anyone would be lucky to get this served to them in a tiki bar that might or might not be near you.

Personally, I liked mine a little bit better, mostly because the rums are handpicked and tuned to my palette. Though, since I used a total of five different rums (all mid to top shelf) it wouldn’t be easy to use them in a commercial bar.

Playing around with the Navy Grog this week has been fun. Now off to the next tiki cocktail challenge. 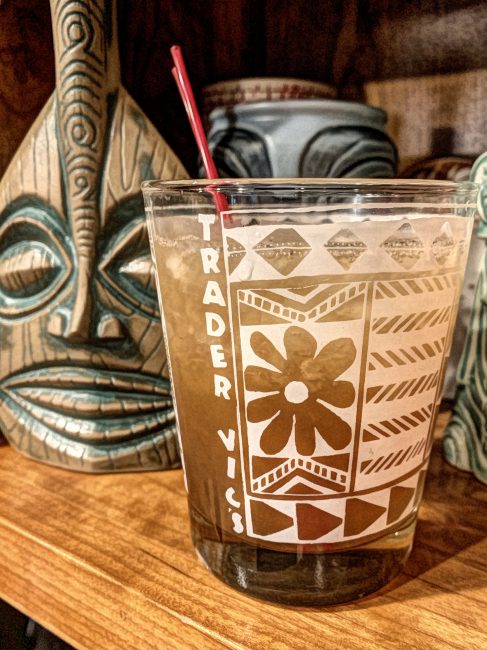