I tried this earlier in the week with Campari as is called for, but felt it was too bitter. So I took another run with Aperol which for sure is a lot sweeter. In the end it was maybe a little too sweet. Hence the modified version below with a split aperitif. 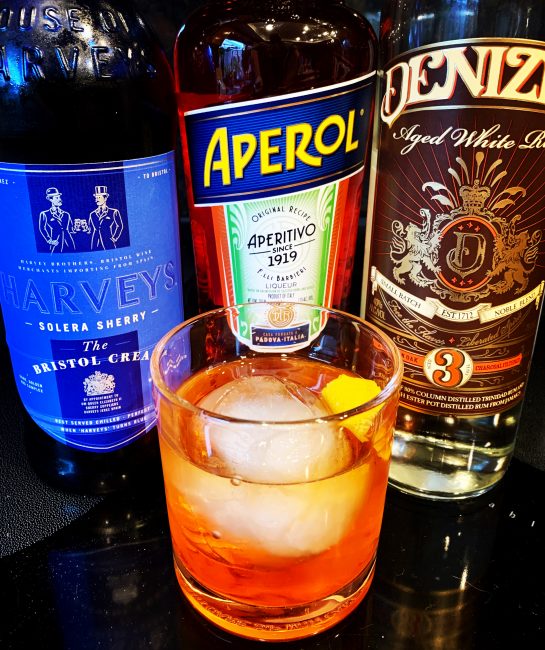 Finally got some Sherry so I could try this Trader Vic’s classic at home. It’s delicious.

The classic Fog Cutter recipe dates from the 1940s and was included in the 1947 Trader Vic’s Bartender’s Guide. With four different spirits, it has been compared to a Long Island Iced Tea.

Shake all except for Sherry with cracked ice. Pour into 14 oz glass and fill with more cracked ice. Add Sherry float.

The original Fog Cutter is also notable in that it is likely one of the first exotic cocktails to be served in a ceramic mug.

In the 1950s, Trader Vic adjusted the recipe to reduce the amount of rum and brandy. This new recipe was given the moniker Samoan Fog Cutter and remains on the Trader Vic’s menus today.

If I was going to make it again, I probably would float a full ounce of sherry on top. It really is the special ingredient in this cocktail. 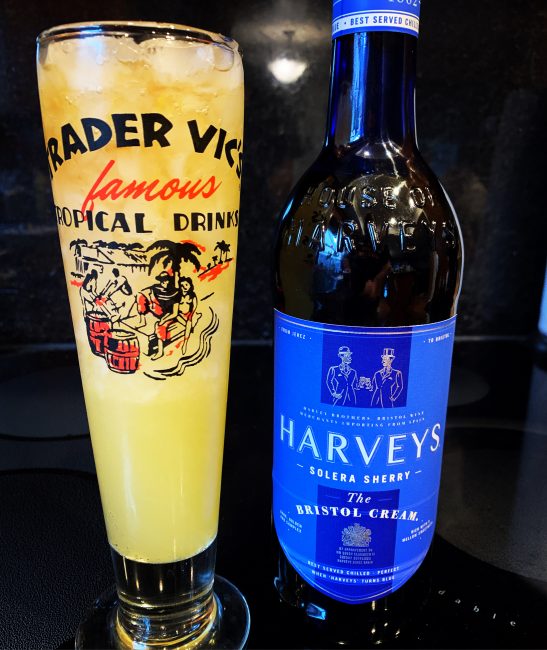 As a kid growing up in the 1970s, commercials for Harvey’s Bristol Creme were common. It’s actually pretty tasty.