I enjoy the seminars at San Francisco Rum Fest, if only that it helps to take a break from all the drinking. I didn’t find the seminars this time to be as interesting as year’s past (I also had to leave the event a little early, so missed the last two sessions I was interested in). Hope next year is better.

I did enjoy the session led by Cocktail Wonk Matt Pietrek regarding the work that WIRSPA is doing to build strength among Caribbean rum producers. Matt also gave me some details about his next super-secret product that I’m sure will be amazing. Shhhhh. 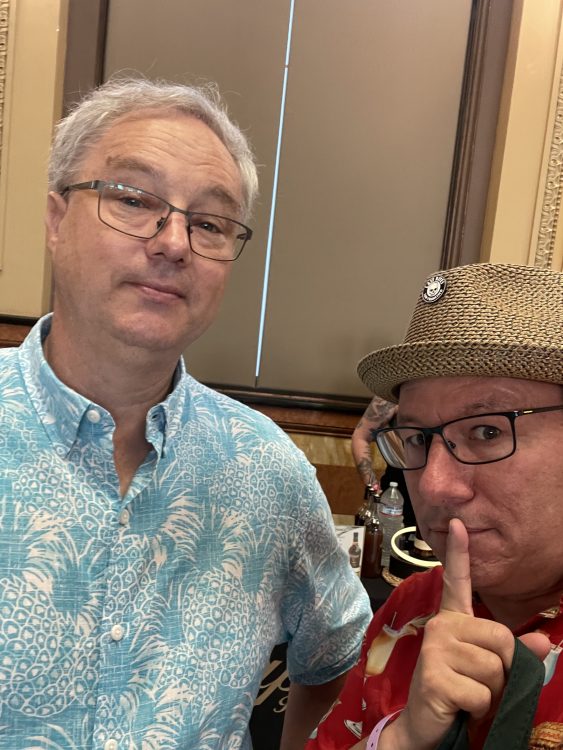 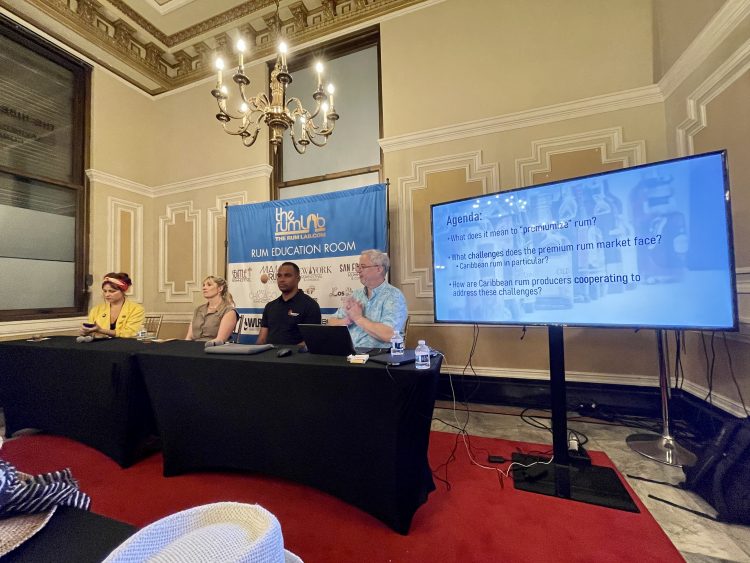 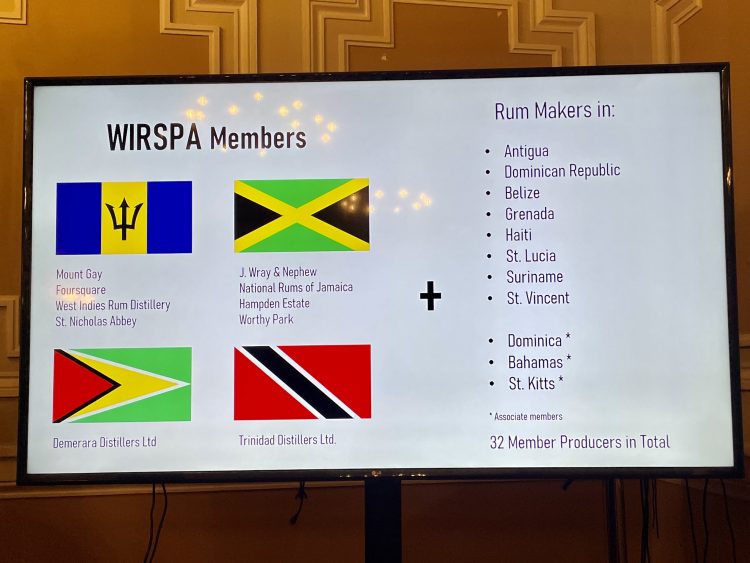 So many familiar faces from the industry and the fan side. Thanks to Cory Schoolland for being my line buddy when I got to the event early. We met up with master mixologist Nathan Robinson who is a frequent contributor to the FB groups where Cory and I participate. 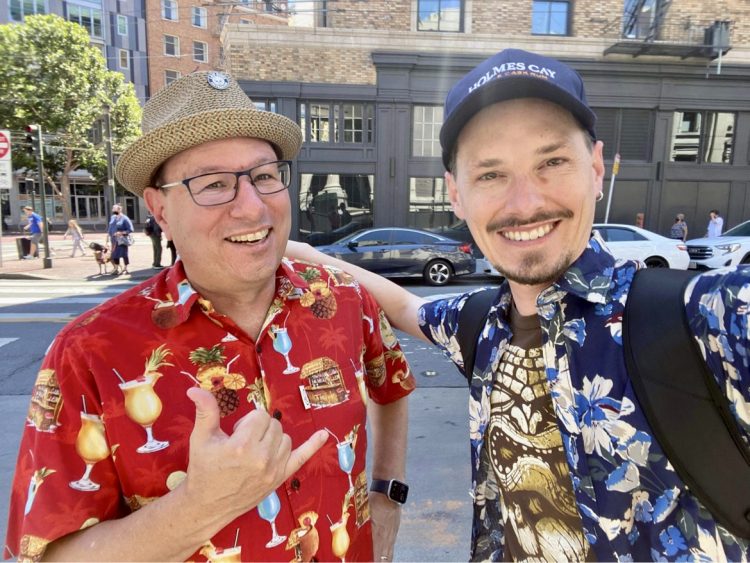 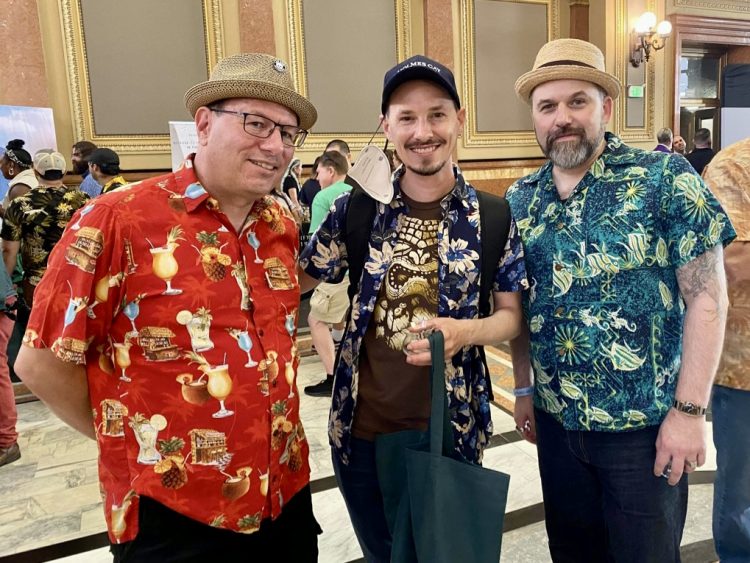 There were a few tiki vendors once again this year. It’s always great to see Match Accessories who Mrs. Mai Tai buys from frequently. I just don’t know how much a couple vendors adds to the event, especially at the Hibernia Bank location that lacks an outdoor patio like the previous event space for past Rum Fests. The crowd always seems more interested in drinking, anyway.

The Hibernia Bank is a good location for this event, though. Nice and cool inside, even on a super hot weekend in SF. A good layout with high ceilings and an adequately sized seminar room.

Had a great time in the city for this annual Rum Fest, this time being billed as the San Francisco Rum Fest now that there’s a companion new event in Los Angeles.

This is an event that’s mix of educational seminars, rum education, rum exploration, and social meetup. Having tasted more of these rums over the years, I lean more into the social side but there’s always some new brands or expressions to try. View the video of the layout.

I was impressed by the single-still releases from El Dorado: Enmore, Versailles, and Port Mourant. These are all aged 12 years and provided at cask strength. I was told these would retail at ~$90, in which case that would be a steal. I do see them offered online for ~$150 which seems to be more what I’d expect. In any case, these are flavor bombs that are so great. I was most impressed by the Versailles, with the Port Mourant being a close second. 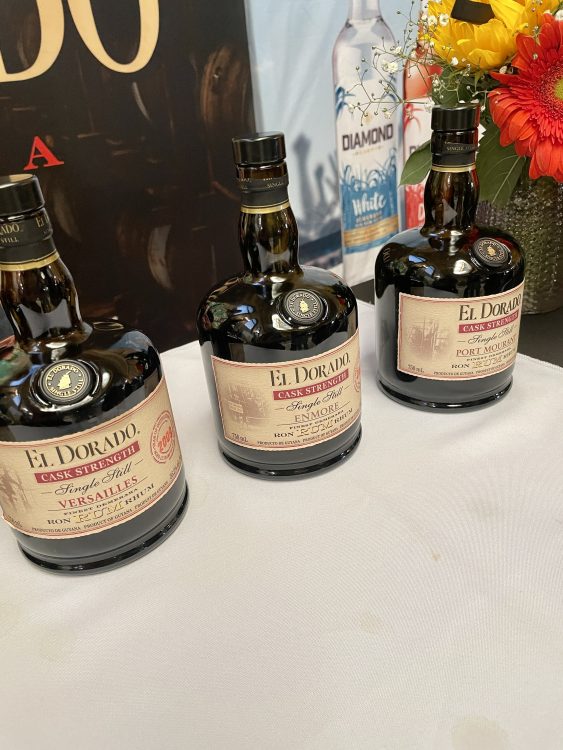 Diamond Distilleries was also showing off a fruity and light white 151, aged six months. And a heavier dark 151 aged two years, somewhat more reminiscent of the famed LH151 but still quite lighter.

Rhum Barbancourt had a white expression I’d never tried before and liked. It’s a lighter style than the Haitian rum clairin from Saint Benevolence, which has an aged expression in the market and more things to come.

Copalli rum from Belize seems to be everywhere. I liked both the white and the barrel rested expressions. They were serving a great daiquiri riff by local bartender Maritza Rocha-Alvarez that was superb.

Rhum Saint James from Martinique seemed to be making a push to get better distribution and had a number of new and interesting expressions.

I spoke to the Hawaiian producers about their product, which will be covered in a deeper dive in a couple weeks.

It was great to run into the Chris Sinclair and Drew Garrison from the Good Bottle Podcast at the California Rum Fest a couple days ago. Their latest episode covers the festival in detail, including rum brands on the rise and new expressions to seek out. They also cover the top selling rum brands and the results may surprise you. 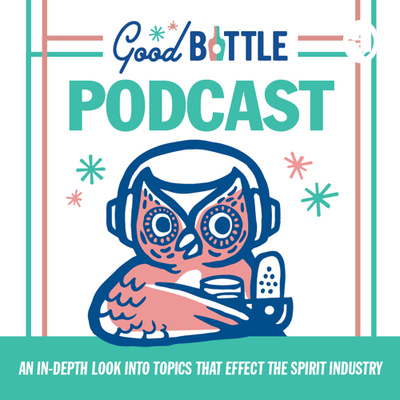 The episode ended with a little Mai Tai discussion, and a shoutout to our little corner of the internet on their “Dope Follows” segment (mahalo!).

Listen and Download
The Good Bottle Podcast: The Gang Does Rum-Fest

Chris and Drew are looking to an upcoming episode featuring riffs on the Mai Tai recipe, which they’ve invited me to help discuss and judge. I’m totally down for that.

Send your recipe suggestions to: thegoodbottlepodcast@gmail.com

It was so nice to get out and see friends and to talk about rum at the California Rum Fest. Of course it is always nice to see locals, but even nicer when you can catch up with people who traveled to the event.

Big shout out to Will Hoekenga from The Rum Cast. I did their podcast a few months ago and it is still one of the highlights of the year. Will was involved with the event and did a live stream on Zavvy. Check out their online events with rum and other spirits producers. Will also writes the American Rum Report and hosted a seminar on American rums yesterday. 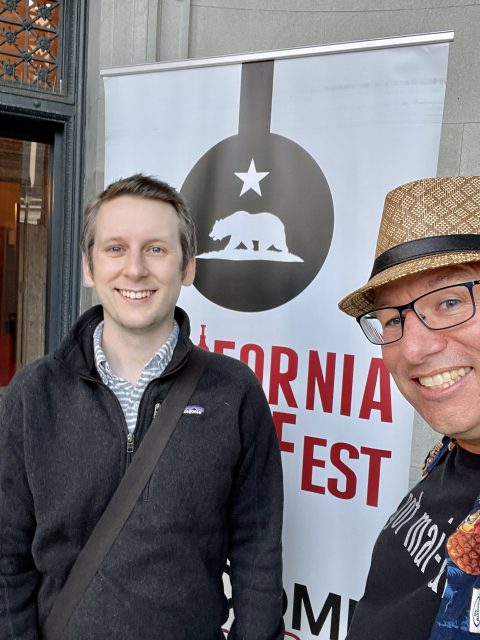 And so nice to see Cory Schoolland who participated in our 5 Bottle Rum Challenge earlier this year. Cory recently launched a Bad Mai Tais group on Facebook which serves to educate others on how NOT to make a Mai Tai. 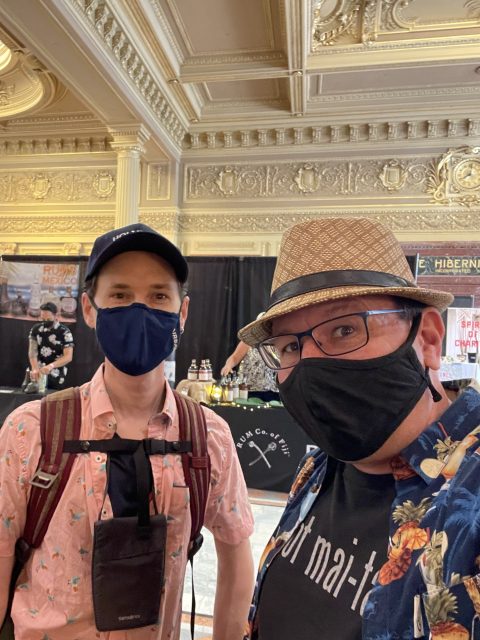 Some of the California Rum Fest vendors offer their rums in a cocktail format, and the best one yesterday was Mai Tai at the Plantation booth. Made with Xaymaca rum from Jamaica, this little Mai Tai tasted great. 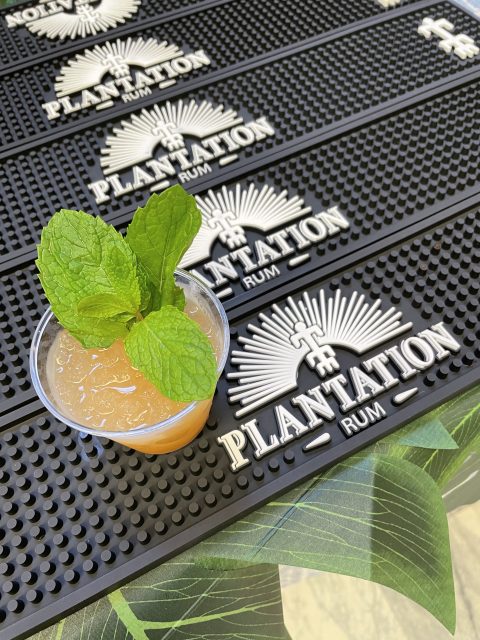 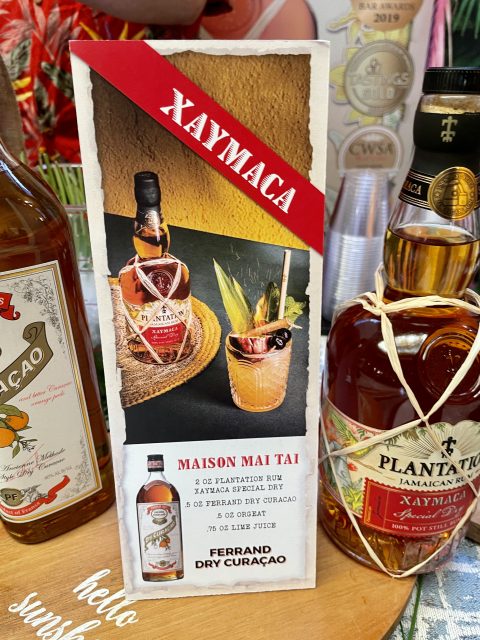 Kuleana rum had a nice rum punch that I enjoyed along with some samples of their rum from the Big Island of Hawaii. 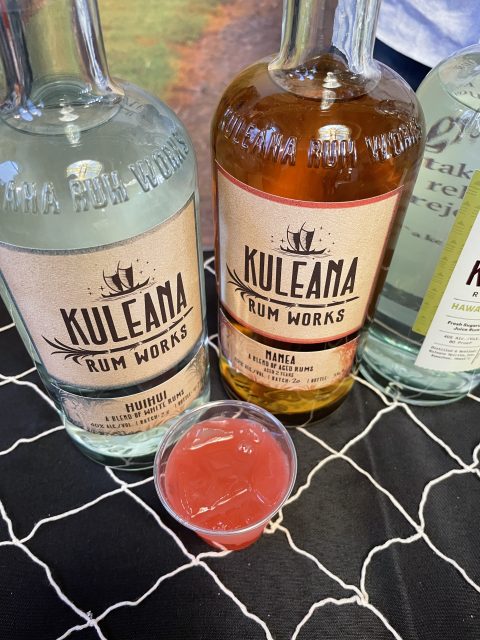 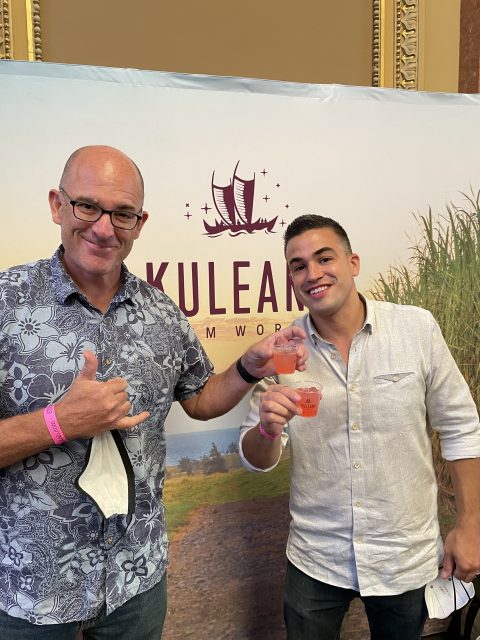 One of the highlights of the California Rum Fest was the rums from Saint Benevolence. Two of their expressions are Clairins from Haiti, and profits from the business are funneled back to medical, educational, and economic charities in Haiti. Saint Benevolence is currently available in nine states, Canada, and the U.K. I’m a big fan of the unaged Rum Clairin expression. 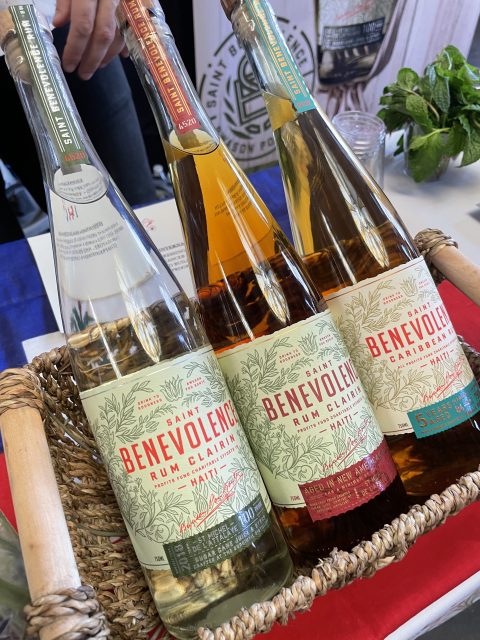 I took another pass at tasting on their new aged rum This is the same clairin that’s been available for a couple years, but aged for at least a year. This aged version does present some different tasting notes including vanilla and spice. Totally worth seeking out.

After taking 2020 off, the California Rum Fest returned to San Francisco yesterday. The seminar schedule was a little lighter than last time, but Eve Bergeron had a great presentation about the Mai Tai, including some wonderful historical photos of The Trader himself. More about this presentation in the coming days.

The variety of rums available for tasting was quite reasonable and I got to try some new ones that I’ve been wanting to try. Most notable was the Worthy Park 109, a dark Jamaican rum at higher ABV. The booth also featured a very interesting cocktail called the Park Walk from Jeanie Grant of Palmetto (nice matchbooks too). The new Worthy Park Madeira and Sherry cask editions were also available and quite good. 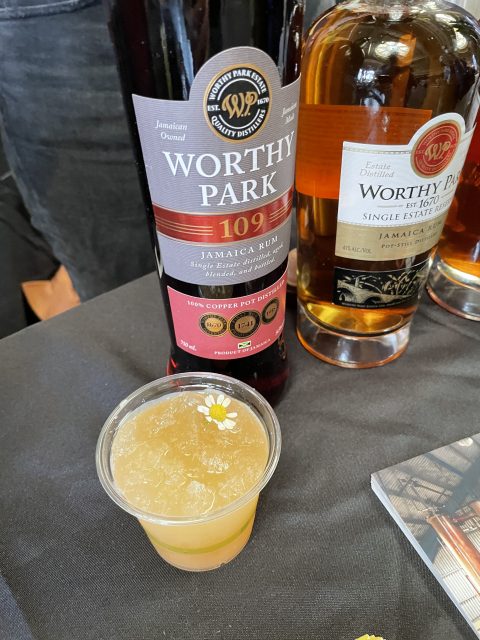 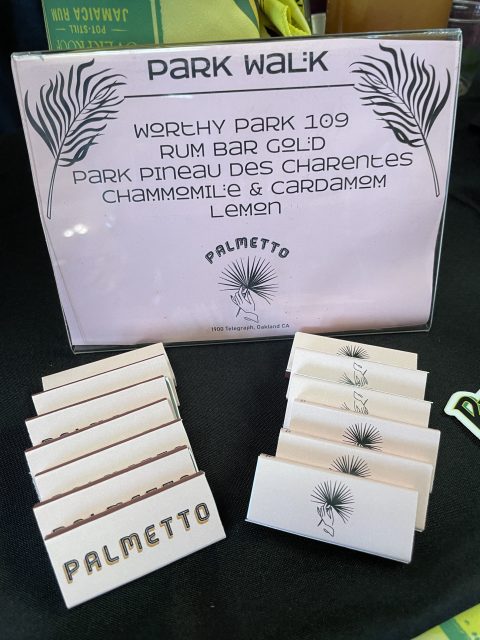 The entry process into the event included a check of vaccination status and ran very smoothly. Some of the rum brands had giveaways such as stickers and pins, or recipe cards and details on the rum expressions. So, it’s a great way to learn more about new brands or dive deeper into a product line.