Had a great time at The Surfrajettes show at The Ritz in San Jose last night. The show opened with Frankie and Pool Boys who put on a credible and energetic set. 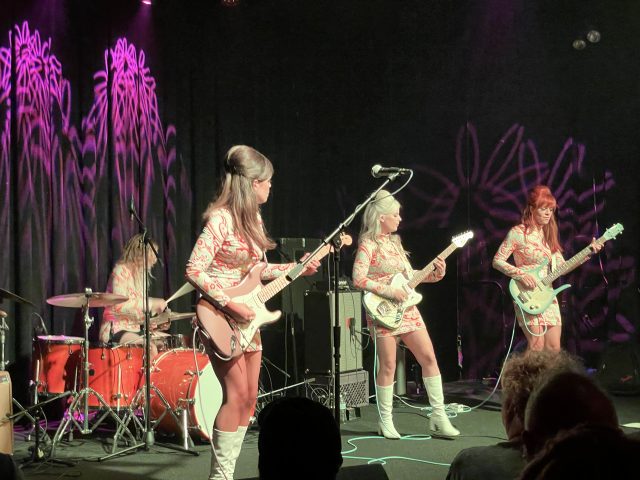 The Surfrajettes had a long headliner set including many of their past singles as well as tracks from their new album Roller Fink. The band is well-practiced and sounded great, mixing classic surf covers such as “Penetration” along with their spin on classic songs such as “She Loves You” and “Heart of Glass.” I like the covers but prefer their original tracks such as “Party Line” and “Couch Surfing.”

I was impressed by Sam Maloney’s wild drumming and lead guitarist Nicole Damoff’s bluesy solos. Damoff also served as the M.C., engaging the audience in between songs with song introductions and such.

The Surfrajettes are playing a bunch of shows this week leading to Tiki Oasis, and have additional dates in Texas and in the midwest later in the month. Be sure to check them out if they’re coming to your town.

2 Replies to “The Surfrajettes Live in San Jose”